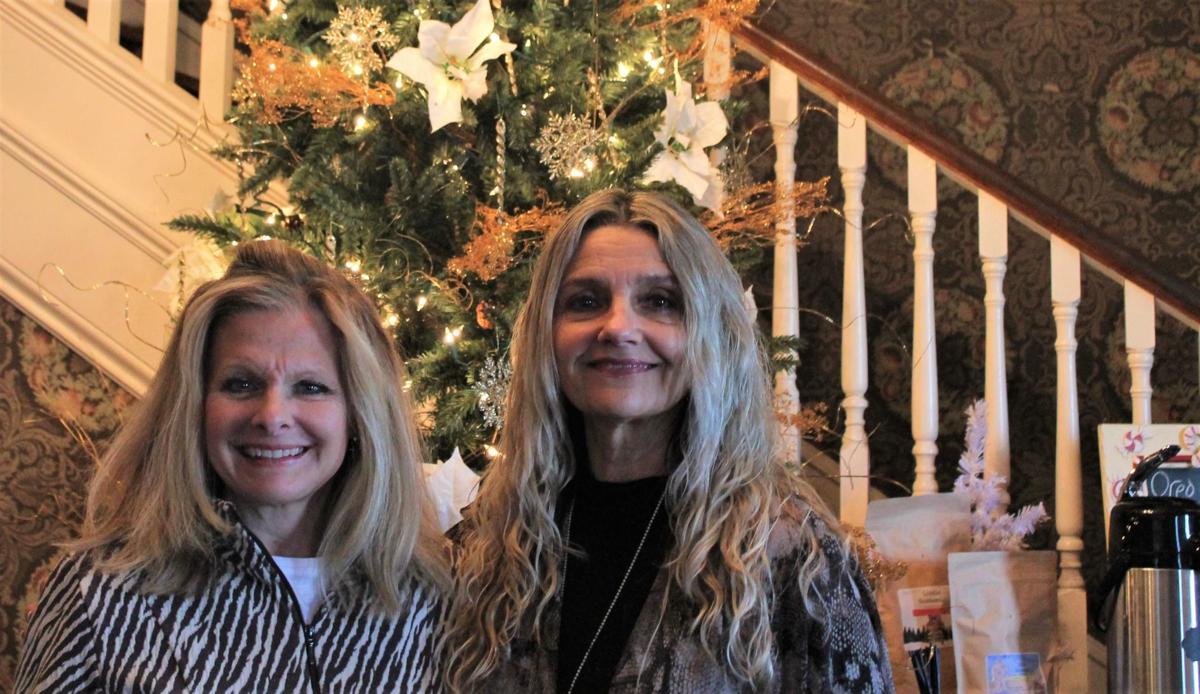 Celina Moses and Bianca Moses prepare for the grand opening of Meme's on Dec. 11. 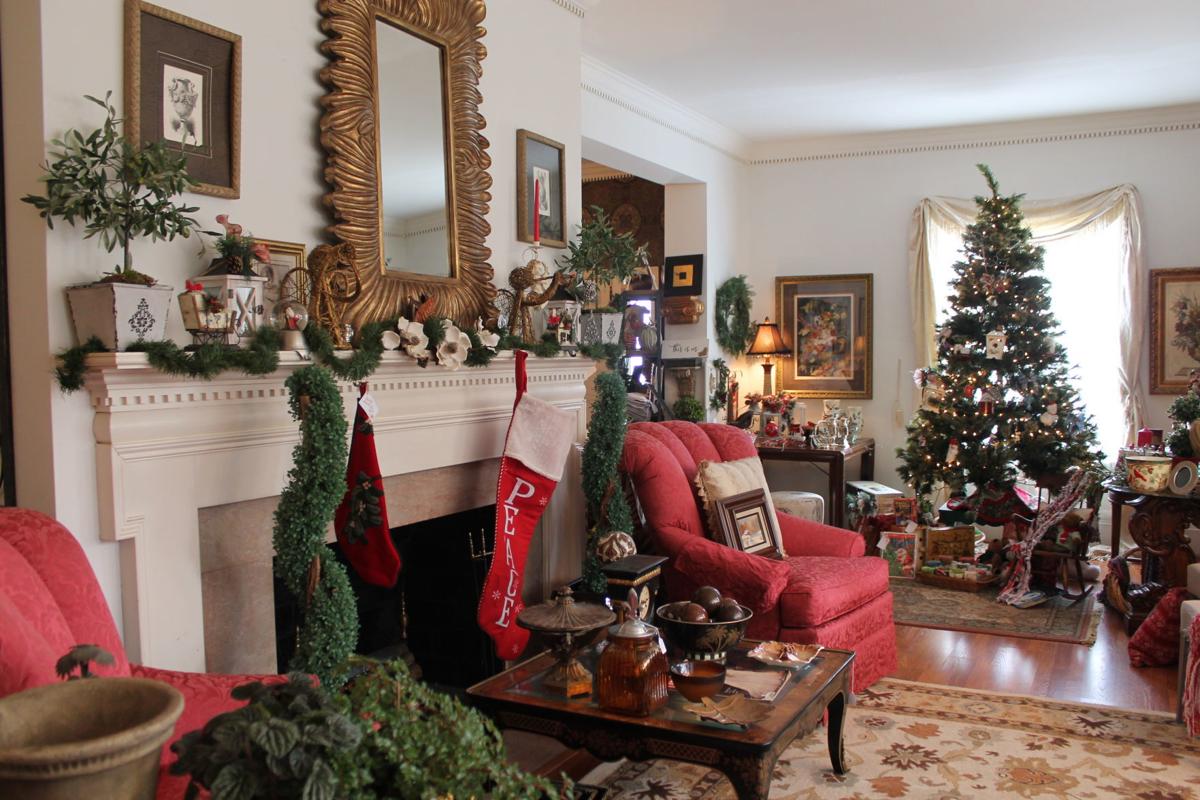 Meme's boutique is decorated for Christmas. 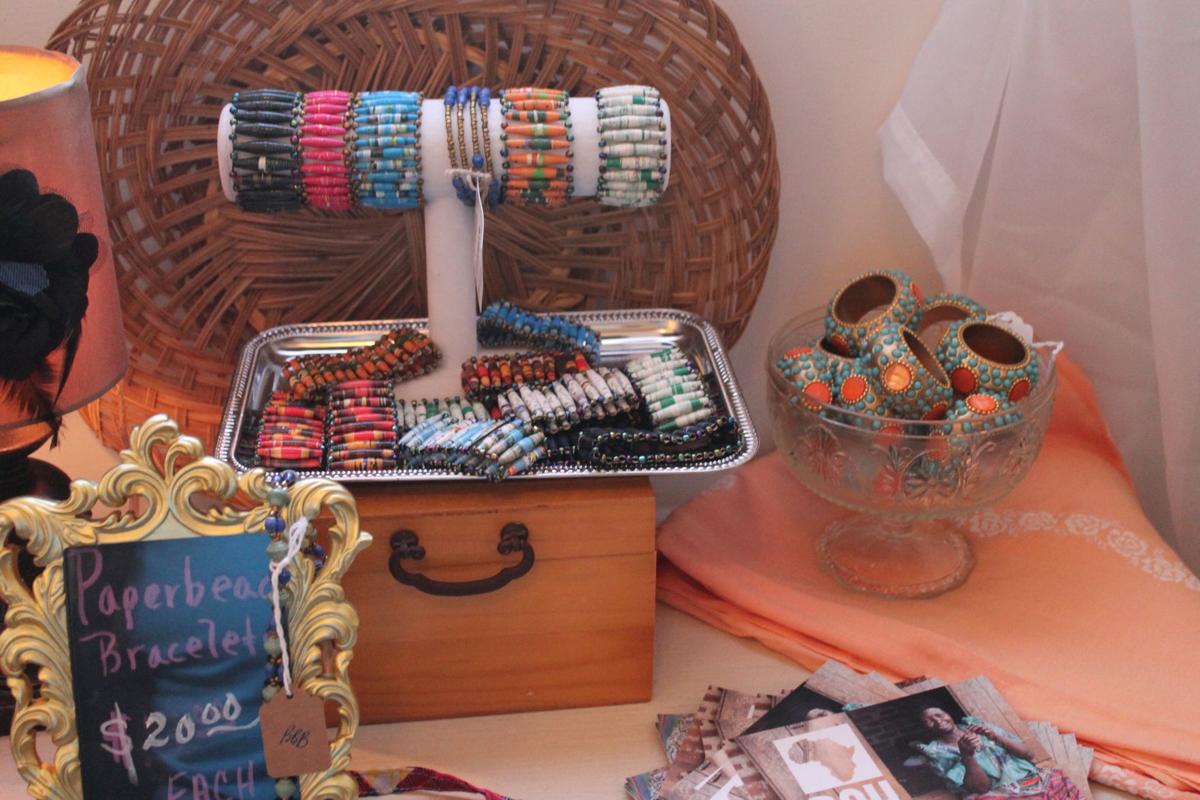 Jewelry from Bead for Life benefits Ugandan woman and children. 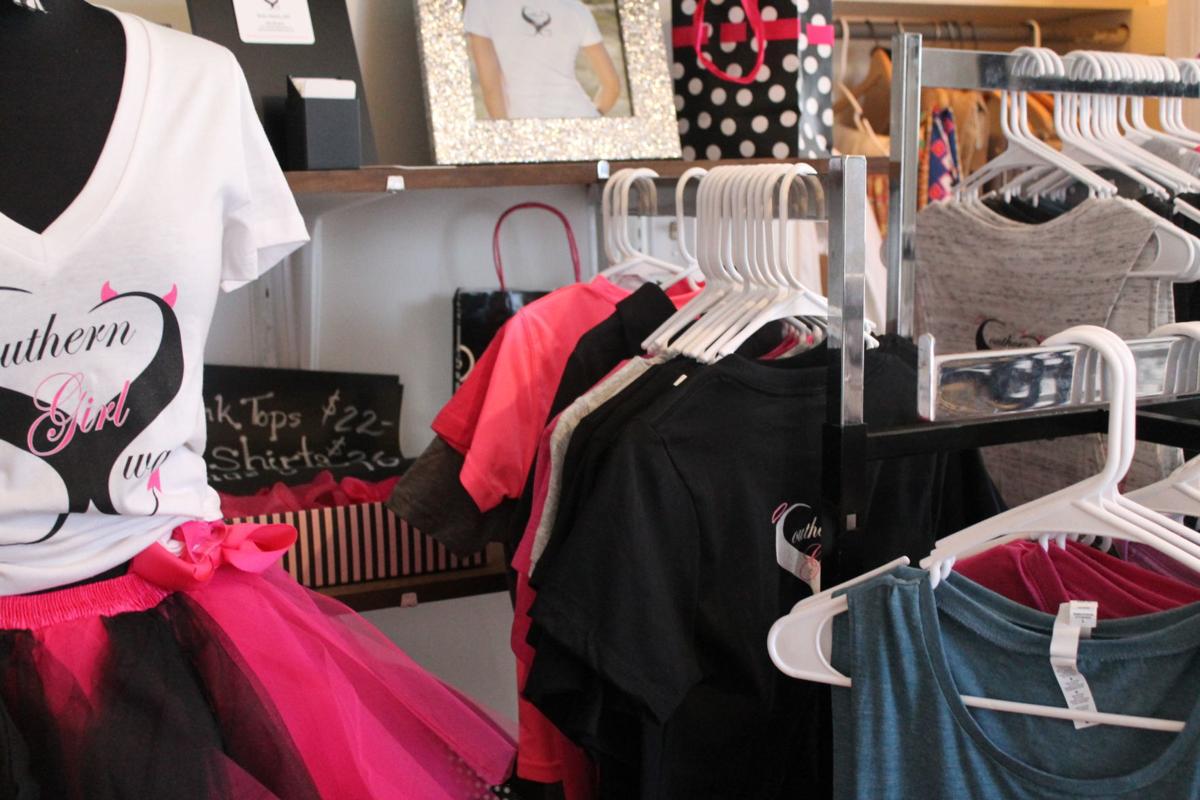 Celina Moses and Bianca Moses prepare for the grand opening of Meme's on Dec. 11.

Meme's boutique is decorated for Christmas.

Jewelry from Bead for Life benefits Ugandan woman and children.

The stately brick home that has been sitting at 205 Avery Ave. in Morganton for more than 100 years is being repurposed as a hub for consignment and other community merchants called Meme’s.

For decades, it was the home of Reece and Gladys Faulkner, who raised their children and operated their family business, Universal Artist Portrait Studios, in the house. In 2018, the Faulkners became unable to care for themselves and moved in with their daughter, Celina Moses. Moses and her husband were left with an empty house they weren’t sure how to pay for, but knew they were not yet ready to sell.

“We didn’t know what we were going to do,” said Moses.

She explained that she and her husband tried renting the property out, but it didn’t seem to be working out. Eventually, they decided to remodel the building, transforming it into Meme’s.

“I believe it was a God thing,” Moses said. “I think this is what we were supposed to do all along.”

The work is complete, with the original hardwood floors restored and freshly painted crown molding lining the ceilings. Merchandise from more than a dozen local vendors fills the property, with each room taking on its own style. A downstairs room houses Discovery Toys, sold by Anita McManus, while two adjacent rooms hold home décor and antiques from several local antique vendors.

The old kitchen in the back features locally roasted coffee and fair-trade chocolate from Little Guatemala throughout the week, joined by treats from Toasted and Rolled on Saturday mornings. Potted plants and flower arrangements from Cindy Hatchel of the former Burke Feed and Seed are scattered throughout the downstairs rooms.

Upstairs, there are more antiques, home décor and furniture, while the back bedroom features Kesha Nichols’ clothing line, Southern Girl Swag, and Bianca’s Closet — an eclectic selection of vintage clothing and accessories provided by Bianca Moses.

“I met Bianca right here back in May,” Celina said, pointing to a small wooden stool in the corner across from the sales counter.

The two women are not related.

“Everyone thinks we’re sisters,” Bianca said. “We have the same last name, but until five months ago, we had never met.”

Bianca Moses moved to Morganton from Maine in 2017. Since then, she has been looking for an opportunity to set up a fair-trade boutique in Burke County to help trafficked women and children from around the world. She has found an ally in Celina Moses and a space to fulfill this vision at Meme’s.

Meme’s sources most of its fair-trade products from two organizations. Sari Bari imports products made by survivors of trafficking in India, and Bead for Life brings in jewelry Ugandan women make to support their families. According to Bianca, the fair-trade items sold at Meme’s have a direct impact on women and children.

“The goods from India provide survivors of trafficking with safe housing, health insurance and a chance at a new life,” she said.

Those made by women in Uganda help them provide basic necessities for the children of their communities.

“In Uganda, it really elevates the entire village,” Bianca said. “I just love the whole thinking in that culture — it really is a village mentality. Children can go to school because of this. They have clean water to drink — whatever the need might be.”

“We really want this to become a community hub,” Celina said. “It’s all about local, local, local. I’m not in this to compete. I want to support and encourage.”

Bianca and Celina intend to continue to build relationships with other businesses, nonprofit agencies and ministries in Burke County, making this cooperative mentality the cornerstone of Meme’s.

“Bianca and I are both faith-based,” Celina said. “So, for us, it’s all about Jesus. We want to make sure we don’t leave anyone out, though. We want to draw people in and hope they feel God’s love when they walk through the door.”

Meme’s is open Tuesday through Saturday from 10 a.m. to 6 p.m. It is at 205 Avery Ave., Morganton, across the street from Food Matters Market.