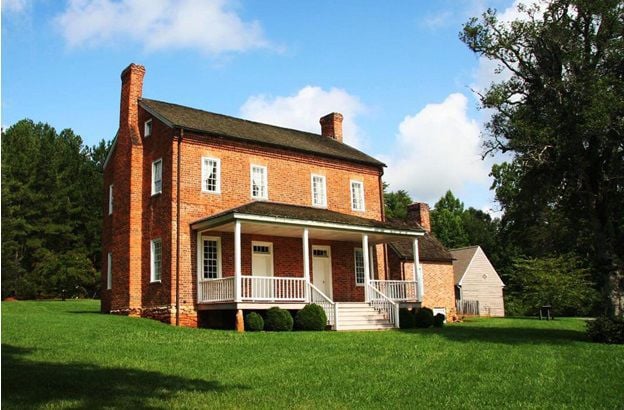 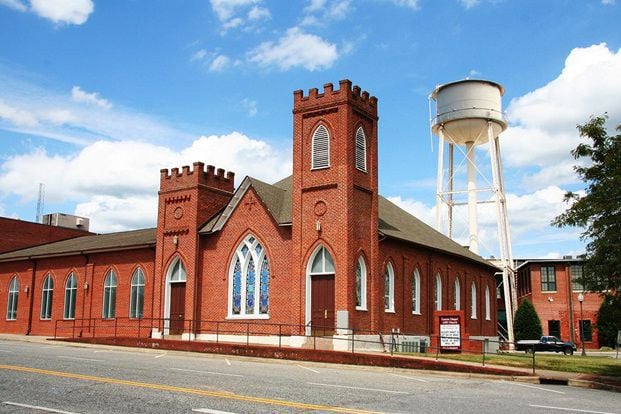 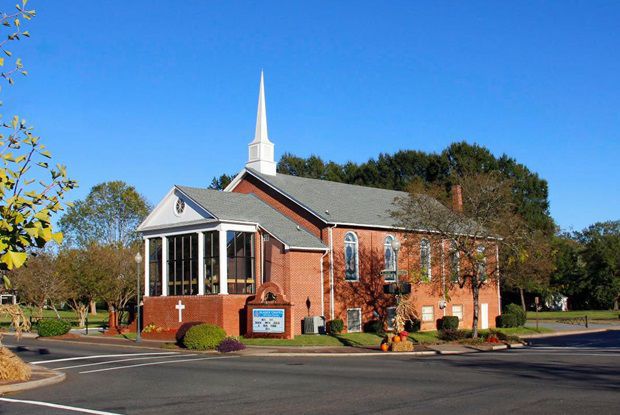 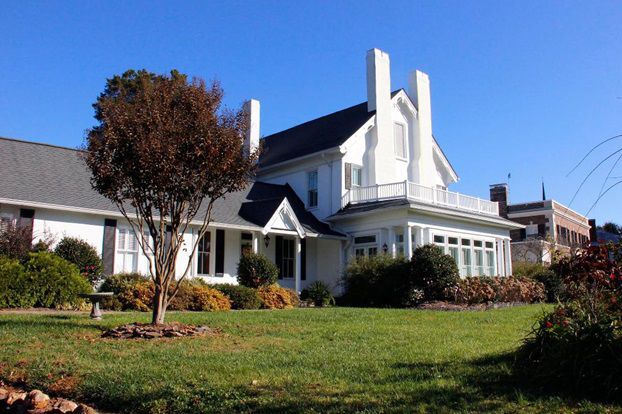 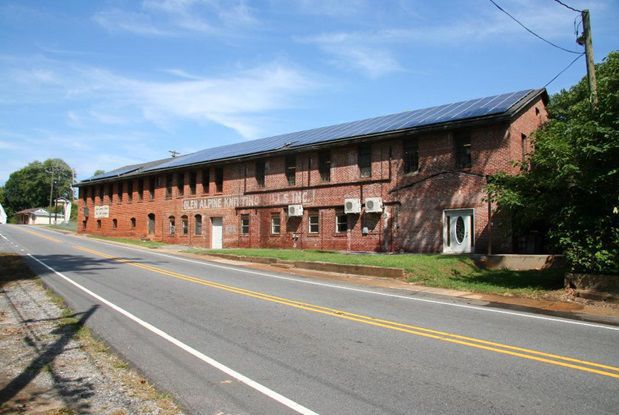 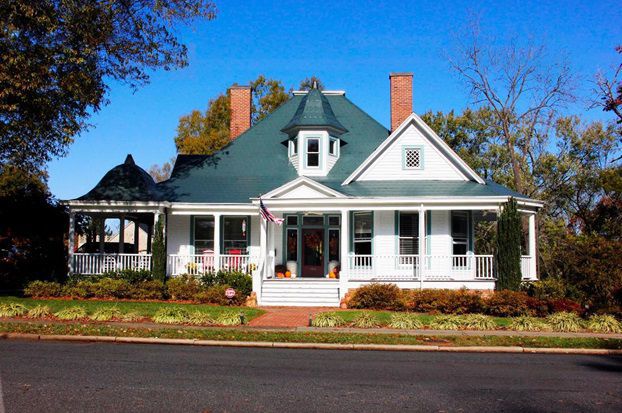 Pictured is the Miller-Beyer House. 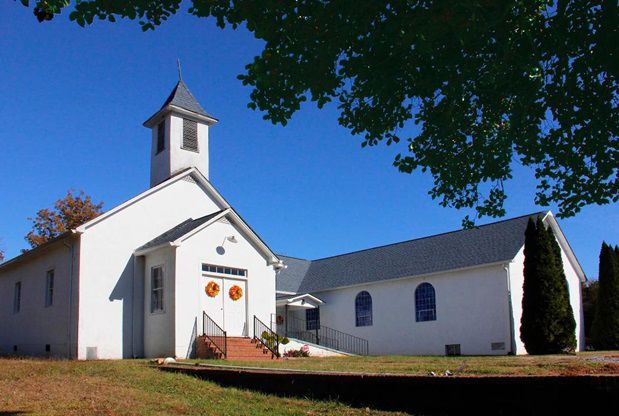 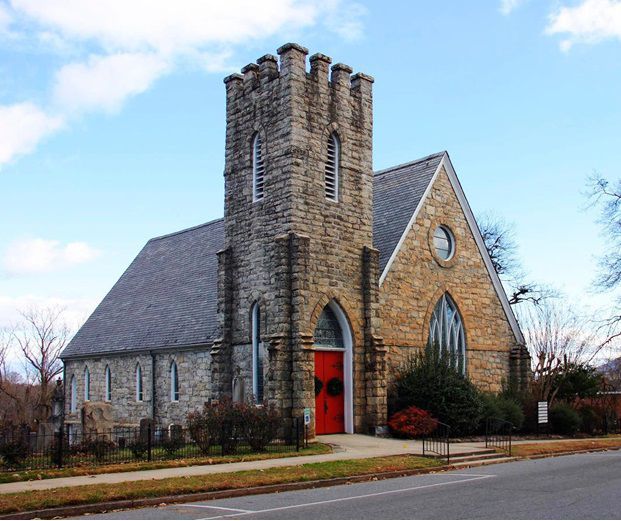 Pictured is the Miller-Beyer House.

The Historic Burke Foundation will provide a fun way for people to get into the holiday spirit this Christmas season. It will present its Holiday Tour of Homes from 1-5 p.m. Saturday. Those who go on the tour will visit historic homes and churches in Burke County and see decorations.

Refreshments and musical entertainment will be provided at some of the stops. Musicians who will perform include Ellen Settlemyer, Nelson Walker, Paddy Wright and students of Jete and Morgan Jeter.

This year’s tour will feature a dozen stops spread throughout the county, including:

The fourth courthouse built in Burke County dates back to the 1830s. The structure was built by James Binnie. German stonemason Fredrick Roderick installed the stonework.

“The stone was quarried at the Forney plantation in the Bost Road-St. Mary’s Church Road area, and they brought one load at a time by a wagon driven by oxen,” said Linda Lindsey, a member of HBF, in a previous interview.

The courthouse was covered in stucco in 1885 and crowned with a Baroque-style cupola in 1901, according to information from HBF.

The ground floor of the courthouse contains offices once used by the Register of Deeds, Clerk of Court and local attorneys. The offices now house the headquarters of HBF. The center hall features rotating and permanent museum exhibits relating to the courthouse. There also is a replica of a 19th century attorney’s office. A steep, narrow circular stone staircase leads up to a courtroom and two jury rooms. The courthouse also is equipped with an elevator.

The building sat empty for about a decade after the new courthouse was built in the 1970s. Members of the Morganton Service League and other concerned citizens formed HBF at that time to restore the structure and preserve its history.

The Capt. Charles McDowell Jr. House is believed to be the oldest brick structure in Burke County, dating back to about 1812 and is listed on the National Register of Historic Places, according to information from HBF. The organization described the structure’s Quaker floor plan in a flyer advertising the event.

“The two-story house is a three-room over three-room structure with four doors on the ground floor and two each on the eastern- and western-facing facades,” the flyer reads. “There is one centrally located enclosed staircase. The brick veneering is common plantation brick made by slave labor and laid in a Flemish bond pattern.”

Gaston Chapel AME Church is the second oldest church building in the county and the oldest with an African-American congregation. It sits on land donated by former North Carolina Gov. Tod Caldwell in the 19th century, according to a previous News Herald article.

“Six stained-glass Gothic windows line each wall with a tripartite Gothic window in the façade,” the flyer reads.

The church dates back to 1881, but has undergone several renovations in the 21st century which included a new parsonage, sound system, steeple, two towers, gates at the entrances to the parking lot and carpeting in the fellowship hall.

The church is the second structure on the site, completed in 1894. It is believed to be the first church in the county to have electric lighting.

“The granite was cut from Shuping quarry near present-day Broughton Hospital by William Milne, a Scotsman,” the flyer reads. “The current building remains relatively unchanged, with two notable exceptions: the installation of the Rose Window, given in 1958 by Mary Wilson Kistler Stoney and her three children to honor the memory of Andrew Milton Kistler and his two sons; and the installation of the McManus organ in 1964.”

The Glen Alpine Knitting Mill was established about 1920 by Clarence V. Lail and Noah Odas Pitts, according to HBF. The mill manufactured a line of hosiery until 1946. The building now houses a winery.

“We’re a combination of antiques and wine,” said Cindy Jordan, manager of Lake James Cellars. “Part of the building is original, so you can actually see the beaded-board ceilings and the brick on the inside. The original floors on the antiques side have the grommets that came off gowns when they made them years ago. You can see them in the floor.”

She said they make their wine onsite. People who stop in on the tour will have the opportunity to shop for both wine and antiques, and also sample mulled wine. Non-alcoholic beverages and snacks will be offered as well.

“They (visitors) can have the experience of seeing the brick-and-mortar historical building while having a glass of wine as they walk through antiques,” Jordan said.

The Holiday Tour of Homes flyer describes Waldensian Presbyterian Church as the “most prominent landmark and symbolic embodiment of the Waldensian culture and religion in Valdese.”

The Waldensians were a Protestant religious group who endured persecution in Europe for centuries before immigrating to America and founding the town of Valdese in 1893. The church was completed in 1899.

“An architect from Pennsylvania drew plans inspired by the Romanesque/Gothic architecture of the Cottian Alps of Italy, the Waldenses’ homeland,” the flyer reads. “The stone was quarried from Johan Barus’ mountainside farm. The church was primarily constructed by the congregation, many of whom were stonemasons. The exterior walls are stucco over stone and present a sharply defined sculpted appearance, true to the Waldenses’ homeland prototype.”

Windows and doors in the church feature Gothic arches. Stained-glass windows in the church highlight symbols of reformed Protestant denominations around the world.

The Waldensian Heritage Museum showcases the history and culture of the Waldensian settlers of Valdese. The 12,000-square-foot space features displays of many historic artifacts, including clothing, tools, photographs and home furnishings; a library; a timeline showing highlights of the Waldenses’ 800-year history; and a separate room where visitors can view a documentary about the Waldensian people.

Mountain View is considered one of the oldest homes in Burke County, built in 1815 by Samuel Greenlee. It is listed on the National Register of Historic Places.

“The house consists of a two-storied main portion and a one-story wing of Federal architecture,” the flyer reads.

The Miller-Beyer House is a Queen-Anne style Victorian home built around 1920. The current homeowners completed a major reconstruction of the building in 2005.

“The structure was deconstructed and then reassembled, using as much of the original building as possible,” the flyer reads. “The reconstruction team installed new wooden posts to replace the older brick columns that had been supporting the structure. They used the bricks from the columns to construct a garage and deck. In Dec. 2008, the North Carolina State Preservation Office approved the Miller-Beyer House as a Certified Historic Structure.”

Ivy Oaks is a late-Victorian two-story home whose ceilings, floors, interior and exterior woodwork are all made of heart-of-pine.

“The house interior features include beaded-board ceilings, picture railing and bullet molding around doors and windows,” the flyer reads. “There is a curved landing at the top of the steps. The home has nine rooms comprising over 2,800-square-feet and contains at least five fireplaces. The den fireplace has a beautiful, natural wood finish and carved details, while the living room fireplace is faced with colorful tiles.”

Advanced tickets for the tour are $20 each and can be purchased by visiting www.historicburke.org or though the HBF office, located in the old Burke County Courthouse. People also can purchase tickets the day of the event from the HBF office for $25 each.

Tickets are required for entry into each home, but participants may visit the homes in any order they choose.

“The Holiday Tour is a time-honored tradition for Historic Burke Foundation,” said Kasey Goodfellow, HBF coordinator. “Every year, attendees give the tour rave reviews and express what a wonderful way it is to get into the holiday spirit. Please join us for a delightful afternoon, celebrating 12 historic structures decorated for the season!”

She expressed appreciation for the tour’s organizer, Cecelia Surratt.

“I would like to share a special thank you to board member and Holiday Tour chair Cecelia Surratt for selecting structures and coordinating with the owners of the 12 locations on the tour,” Goodfellow said.

HBF would like to thank King’s Christmas Trees and South Mountain Crafts for sponsoring the event, all of the churches and homeowners participating in the tour and the musicians who will perform during the event.

Tammie Gercken can be reached at tgercken@morganton.com.