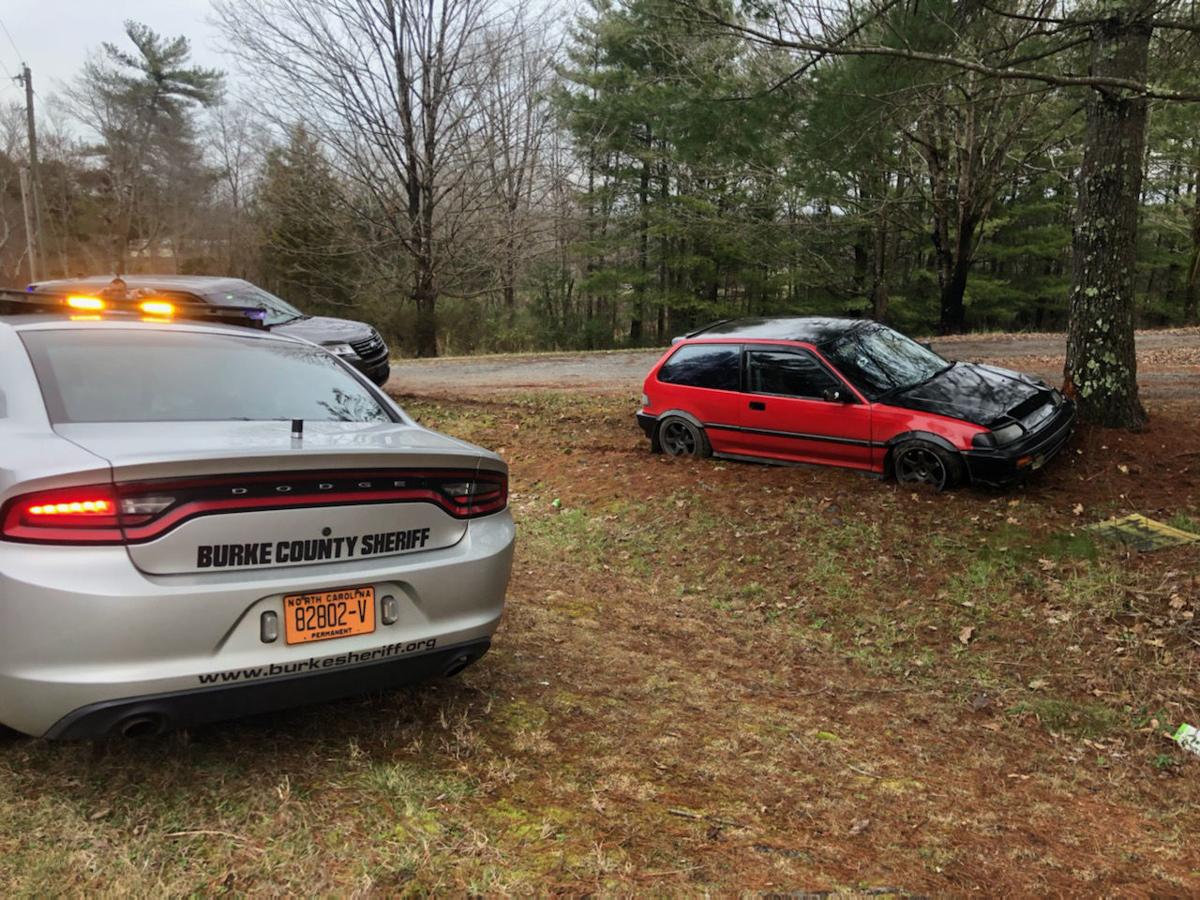 Pictured is one of two vehicles Burke County deputies were involved in a chase with Tuesday afternoon. 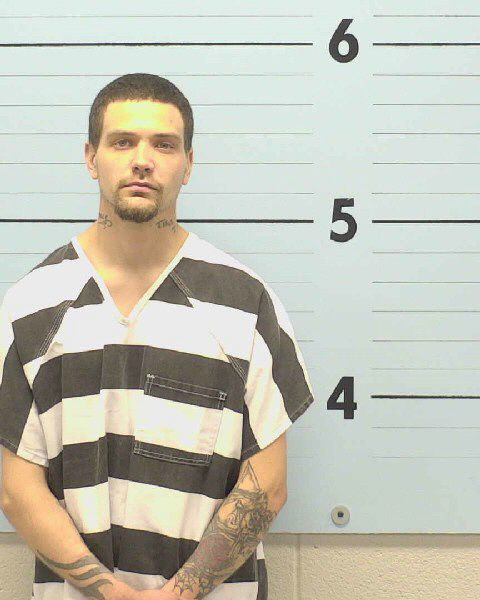 A deputy came across a hit-and-run on U.S. 70 in Connelly Springs involving a small red vehicle, according to a release from the Burke County Sheriff’s Office. The deputy was told that the red vehicle was being followed by a small black vehicle.

After the deputy reported the situation on police radio, a detective saw the suspect vehicles a few moments later turning off Icard Dairy Barn Road and onto Miller Bridge Road toward N.C. 18 South, the release said. The detective caught up to the vehicles as they turned onto Shoupes Grove Church Road.

Both vehicles failed to stop when the detective initiated his blue lights and siren, starting a chase down Old N.C. 10 and onto Johnson Bridge Road as other deputies joined the chase, the release said.

The black vehicle lost control and ended up running off a driveway, through a field and into a patch of trees off Carolina Mill Road, the release said. The driver of the vehicle jumped and ran.

Deputies with a K-9 were able to track the suspect from the wrecked vehicle to where he took off his clothes, but lost the track at a nearby river. The vehicle had been reported stolen out of Hickory, leading officers with Hickory Police Department to respond to the scene.

The detective continued following the red car, which drove through a different field and back onto Carolina Mill Road, to Johnson Bridge Road, to Old N.C. 10, and onto Miller Bridge Road where the car wrecked in the 5400 block, the release said.

The driver of the red car, later discovered to be Barry Lee McMahan II, 25, of Lincolnton, jumped from the vehicle and detectives chased him through the woods, across a field and to a nearby home where he jumped into a car that was in the driveway, the release said. The owner of that vehicle had just returned home and had left her keys in the car while she went to get her husband to help bring in groceries.

McMahan was able to get the woman’s vehicle started, but was removed from the vehicle before he could get it in gear, the release said.

Sheriff Steve Whisenant said in a text message to reporters Tuesday that speeds during the chase reached 104 mph.

McMahan also was wanted as an absconder from N.C. Probation and Parole.

McMahan had a court date in Burke County on Wednesday and another coming up Monday, as well as Catawba County court dates on Friday and March 9, the release said.

He is being held with no bond for the absconder warrant and a total $65,000 secured bond for the other charges, the release said.

More information will be published as it becomes available.