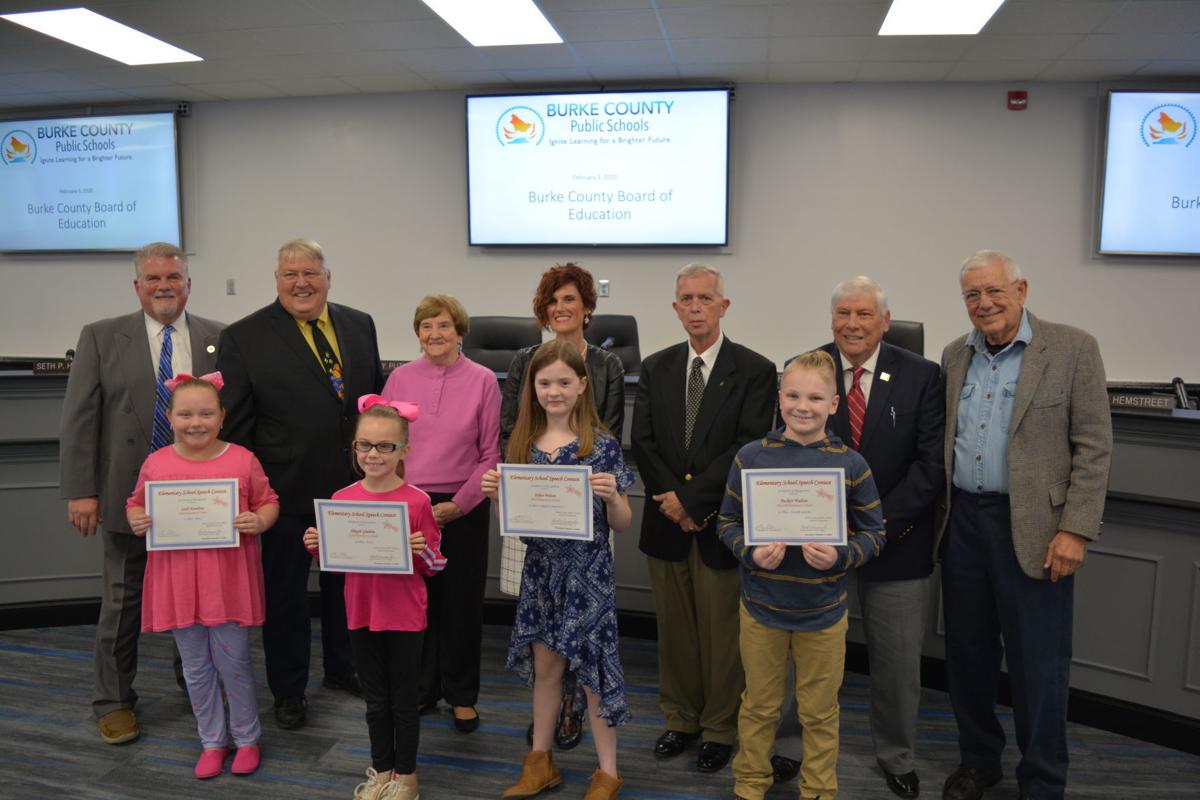 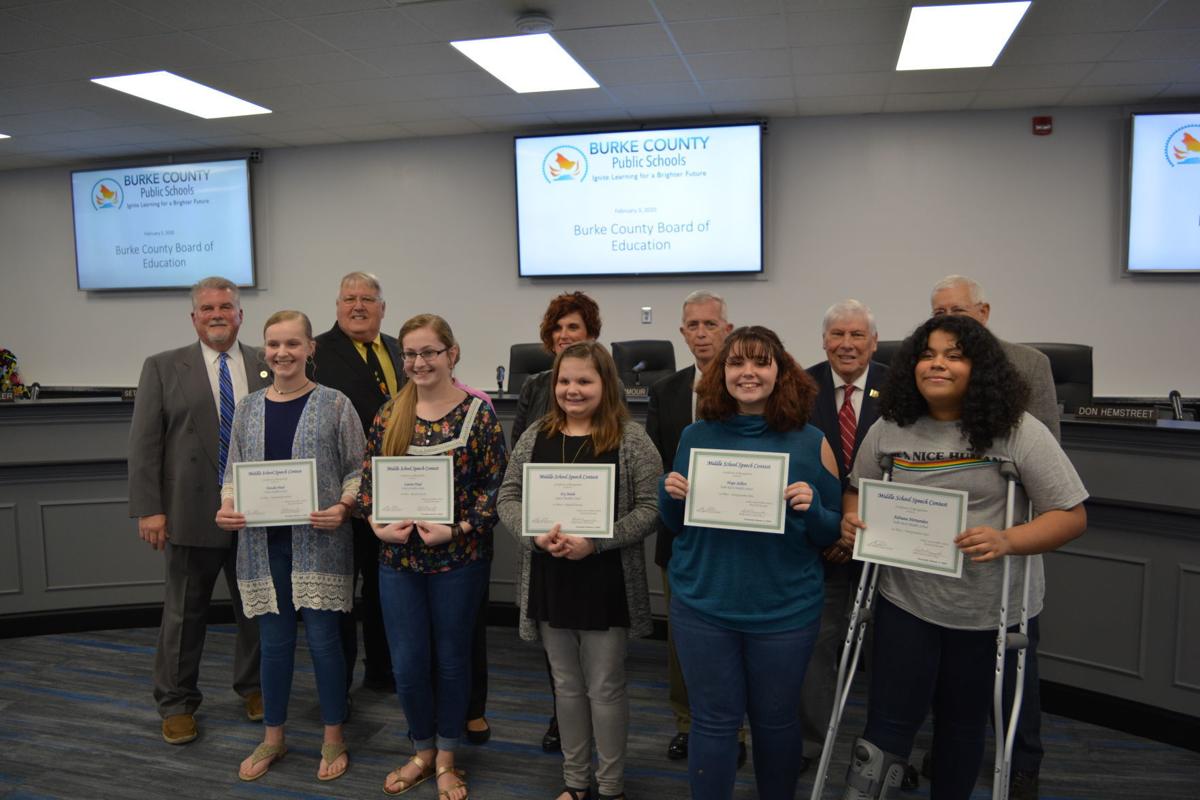 Winners of the Burke County Public Schools Middle School Speech Contest, which was held on Dec. 11, were honored at Monday's Board of Education meeting. 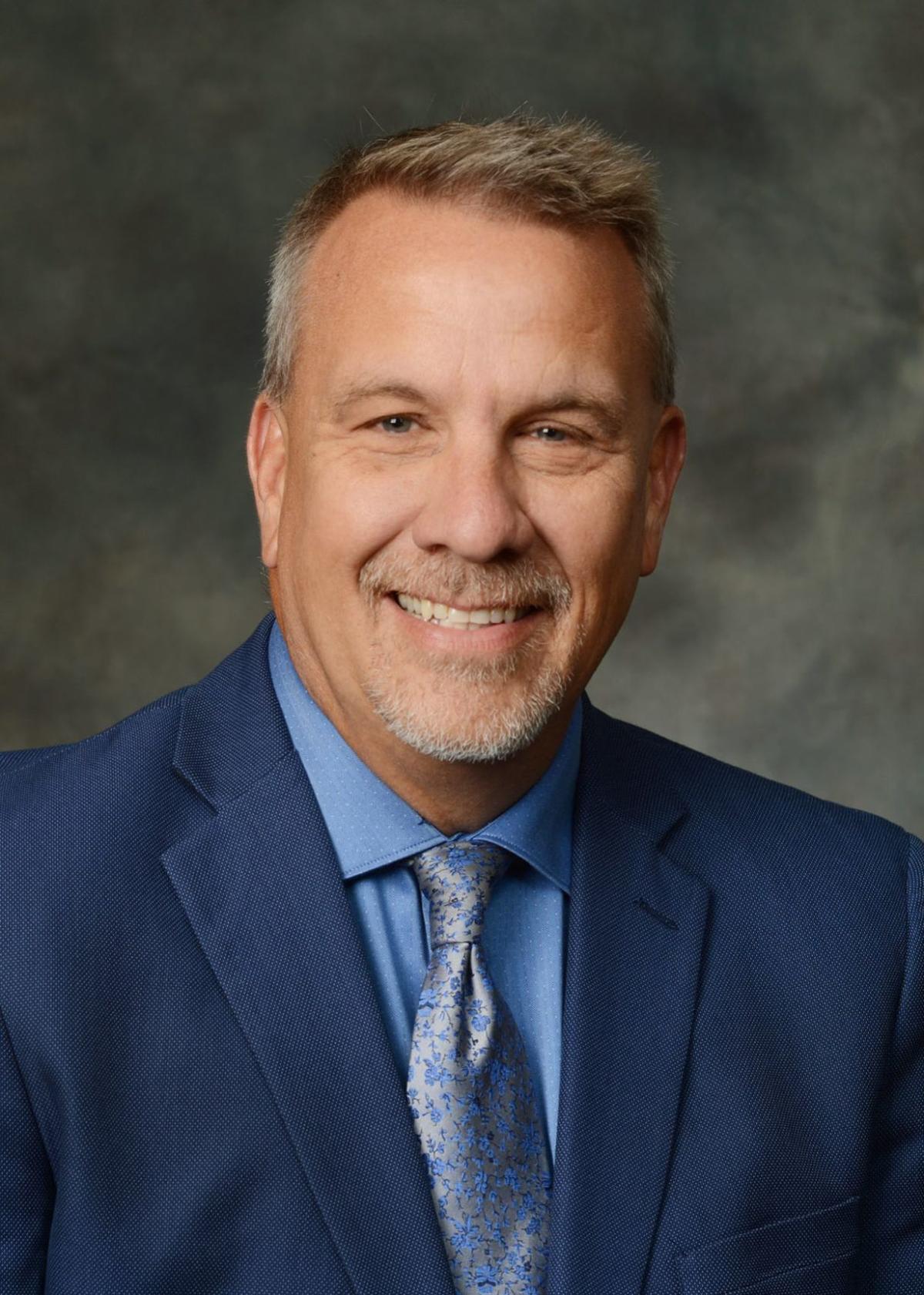 The Burke County Board of Education voted to continue recognizing high school valedictorians and salutatorians during Monday’s meeting at the Olive Hill Resource Center.

The move was a “compromise” to its board manual policy 3450, class rankings, whereby the system’s high schools will recognize valedictorians and salutatorians in the next two graduating classes, this year and in 2021.

However, the board can revisit this policy to make changes to it, as this two-year period will serve as what board member Sam Wilkinson called a “trial period.”

“If the policy doesn’t work, we can tweak it and change it again,” Wilkinson said.

Board chair Buddy Armour and a number of other board members accepted responsibility for the board’s lack of communication with the public regarding the policy.

“This gives this entire community two years to let us explain to them what this policy is about,” Armour said.

Casey Hildebran, a mother of an East Burke High School senior who is contending to be the school’s valedictorian, also addressed the board to tell them why she supported recognizing a valedictorian and salutatorian.

“I think most of the (students) who are here to be awarded (as fair and speech contest winners) and recognized tonight probably got a letter telling them to be here and be recognized,” Doug Hall said. “We didn’t get any such letter about something this important as doing away with a valedictorian and salutatorian. I think that’s been an issue with you all before, with your accreditation — not keeping stakeholders informed. We get (automated) calls constantly — about bus driver training, kindergarten open houses and everything else under the sun. But we didn’t get a call about this.”

He then thanked the school board for their service.

“I know it’s a thankless task to sit on boards like this,” Doug Hall said. “I appreciate it.”

Susan Hall then addressed the board.

“These kids are an inspiration to these other (students), too,” Susan Hall said. “These kids have come up to my two children (who were honored as valedictorians at Patton High School) and said, ‘I want to go to the university that you went to.’”

Armour and fellow board members thanked the speakers for coming to address the board.

“We appreciate the Halls and Ms. Hildebran for coming and speaking to us on behalf of not only their children but other children who excel in academics,” Armour said. “As a board, we are all about academics. One of the things this policy wanted to do was make sure we recognized all seniors who do well.

“This is a policy-making body,” Armour said. “That’s the main job that we do. We have to be able to look at things from all different viewpoints and I think we’ve done that. Our ability to make that known, we didn’t do it right. We are going to try to make that right.”

Director of Secondary Education Felicia Simmons presented certificates to the winners of the fair, which was held on Nov. 21 at Liberty Middle School.

» Kaleb Pearson from Table Rock Middle, who won first place in the biological science A category.

» Callie Stinson from Heritage Middle, who won first place in the biological science B category.

Simmons also recognized the winners of the Middle school Speech Contest held on Dec. 11 at Old Rock School in Valdese.

» Natalie Head from Liberty Middle, who won first place in the poetry category.

» Jonah Griggs from Liberty Middle, who won first place in the prose category.

» Abigail Gladden from Icard Elementary, who won first place in the prose category.

» Leah Hamilton from Mull Elementary, who won first place in the poetry category.

Other recognitions included those received by school employees from the N.C. School Public Relations Association.

The NCSPRA seeks to promote excellence and professionalism in school communications and public relations through the Blue Ribbon Awards program, its website said.

Shuffler and Bobak won two bronze awards in the digital media engagement and publications categories. They won three silver awards, including two in the electronic media category and another in the excellence in writing category.

Shuffler and Bobak won six gold awards — one in the electronic media category, four in the photography category and one in the special events and programs category.

The next school board meeting is tentatively set for March 9.