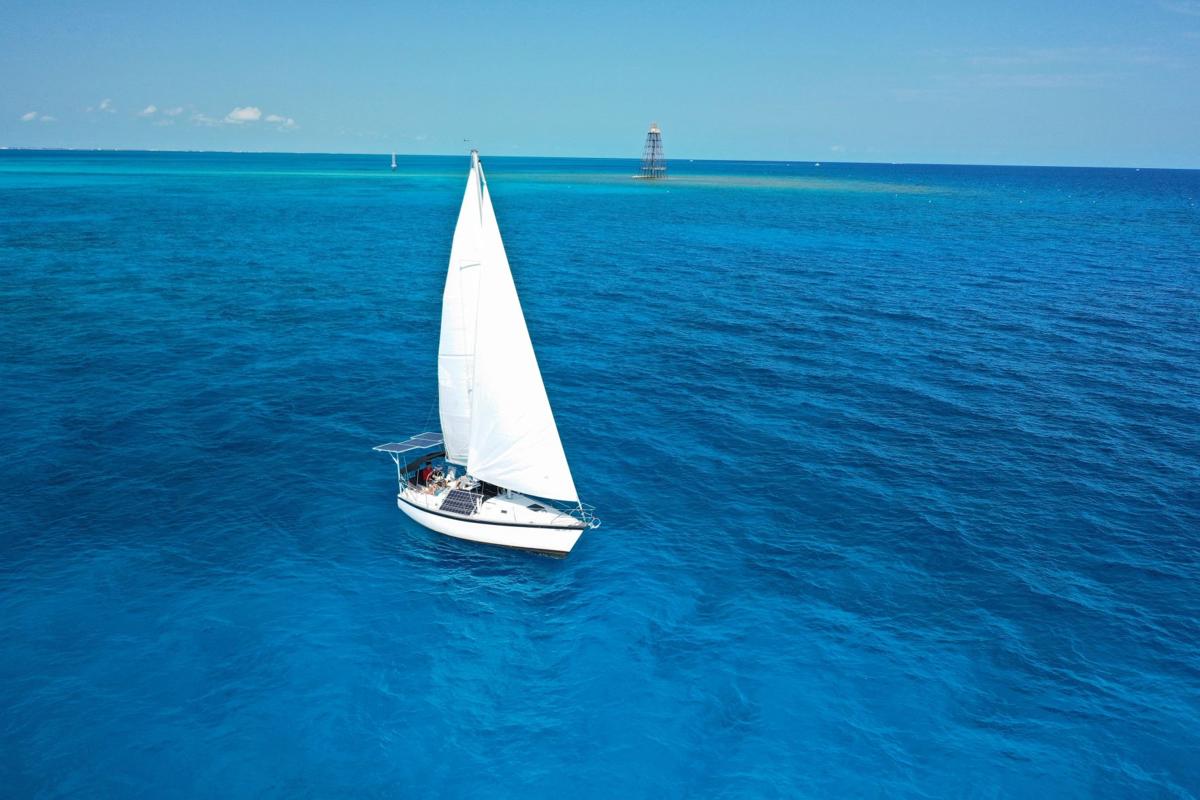 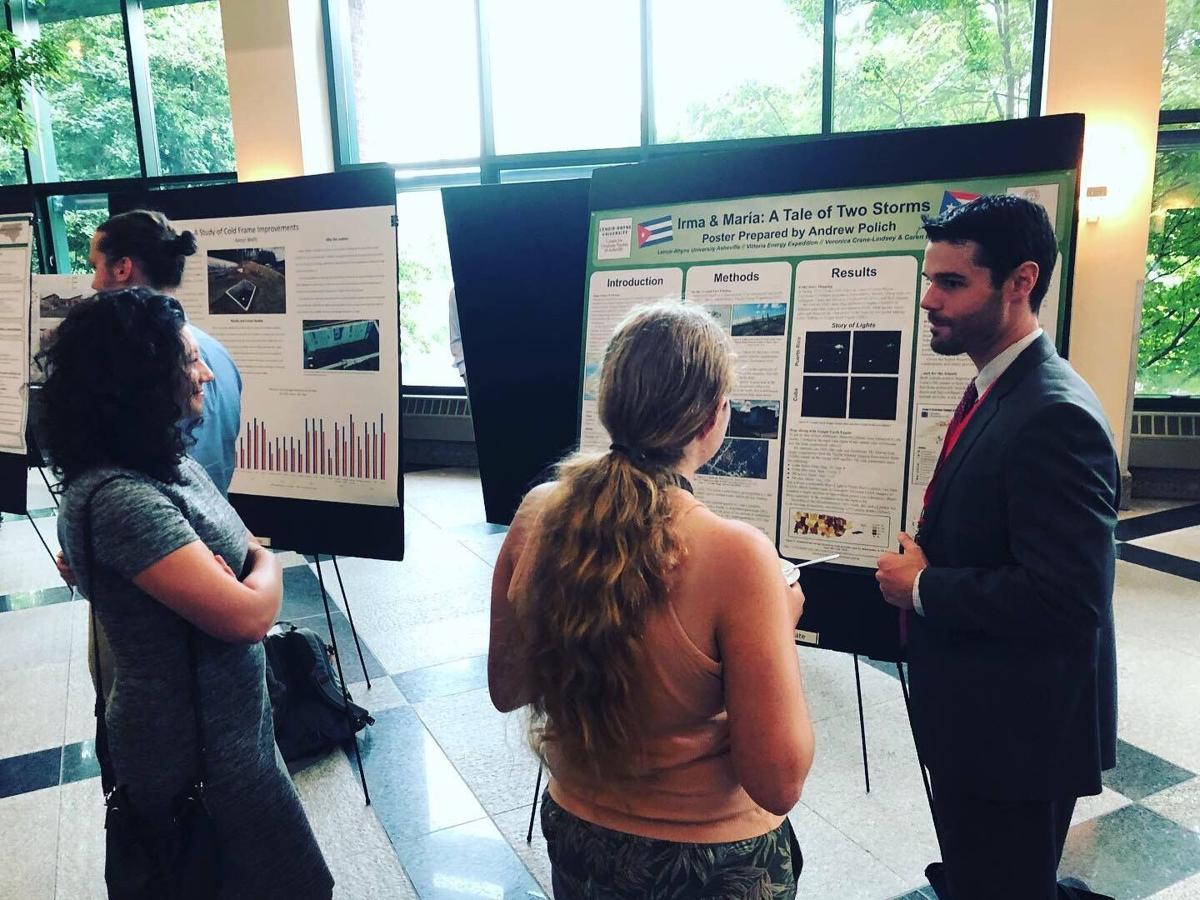 HICKORY – Andrew Polich wasn’t looking for Lenoir-Rhyne University. He was looking to spend more time with family, and he found the perfect fit.

A student in the master of science in sustainability studies program at LR’s Asheville campus, Polich has combined family with his passion.

“I came here because my brother moved here,” said the 32-year-old graduate student. “I lived in Washington, D.C. before this and would come down once a quarter to visit him. Once you’ve visited Asheville, it’s hard to leave.

“It became a pretty easy choice because the enrollment team was awesome, and with tuition assistance, this would be less than half as expensive as a state school option. Also, it’s the only program like it in western North Carolina.”

Prior to arriving at LR, Polich was thriving. With a government job working in Washington, D.C., he was primed to climb the professional ladder.

“It was stimulating enough, but when you’re working in the government, there’s not a lot of embracing the idea of radical experimentation and trying something new,” he said. “I needed something else. One of my friends was feeling the same way, so we started brainstorming. He liked to sail, and I was doing a solar blog. We thought maybe we could merge the two?”

“We wanted to explore clean energy sites and communities working toward energy independence,” Polich said. “Our solar-battery powered sailboat would be our hook, our calling card.”

Now a 1985 Hunter 31 isn’t designed to operate on clean energy, so Polich and his friends needed to perform a substantial makeover.

They acquired solar panels and more than 1,300 pounds of batteries to store the energy, while installing a new electric motor.

“Wiring was a nightmare, and we were lucky to have an electrical engineer friend,” he said.

The whole experience wasn’t without trial and some costly errors.

“We were inside that boat ripping stuff out and dreaming about the future,” he said. “We would sail to Cuba, and it would be great. We would generate reports, get popular, get donations for a Vittoria II, sail to Venezuela, and we had these grand ambitions. … Well, on our first trial sail on the Potomac, we encountered gusty winds and ripped both sails. We were devastated. It was a $4,500 replacement, and I wasn’t certain the project would ever happen.”

But it did, and in the spring of 2019, Polich and company sailed to Havana, Cuba.

“We visited communities, got some awesome drone shots of different solar fields and wind turbines,” he said. “We interviewed dozens of people, learned more than we could have hoped and sailed home to put it all together.”

Before that, they had flown to Puerto Rico following Hurricane Maria. With these two expeditions, they compared how the two islands recovered from similar Category 5 hurricanes.

“It is really a pleasure to work with someone like Andrew who participates in nearly every activity he can, both through LR and in the greater community.”

Through his venture to the Caribbean, Polich gained knowledge that could benefit countless lives in an area known for turbulent weather systems.

“We learned that Puerto Rico has a central grid with all these transmission lines,” he said. “If one line goes down, it cuts off enormous segments of the grid, whereas with Cuba, they embrace distributed power generation. They have energy facilities around the island, big shipping containers with diesel generators inside. If a hurricane comes through and destroys one grid, the next community is fine. They bounced back quickly, while Puerto Rico took a year to get electricity again.”

With this information, Polich, had the opportunity, with the aid of his classmates, to put all the information into charts and on high-definition maps while taking a geographic information system—mapping—class at LR.

“I couldn’t have done that without my classmates,” he said. “It’s difficult to decide what data to include, but they had great ideas and were helpful putting it all together.”

Then with the help of McDade, Polich presented the information at the Appalachian Energy Summit.

“His efforts to bring his research project to the Energy Summit led to engagement with a larger professional and academic network on critical energy questions and needs in the region, and his work expanded the conversation to include an internationally informed perspective,” McDade said. “In the graduate program, we are lucky to have outstanding students, such as Andrew, who are engaging in multiple communities on critically important issues.”

As it turns out, LR and Polich are fortunate to have each other.

“Lenoir-Rhyne is great,” Polich said. “It’s a perfect interaction. It’s changed the course of my life, and it’s determined what way I will go. Twenty to 30 years from now, what I’m doing will be greatly determined by these efforts. If I’m a grid expert or one day crazy enough to run for office, maybe I’d serve on energy committees. Whatever route I take, wherever I work, I’ll be able to make society more sustainable.”