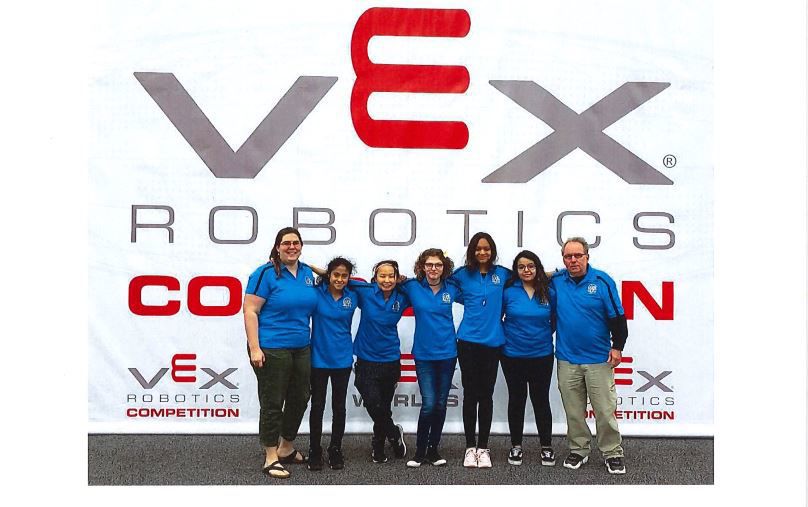 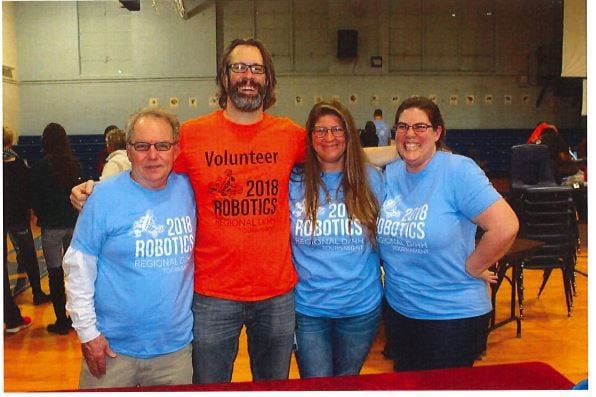 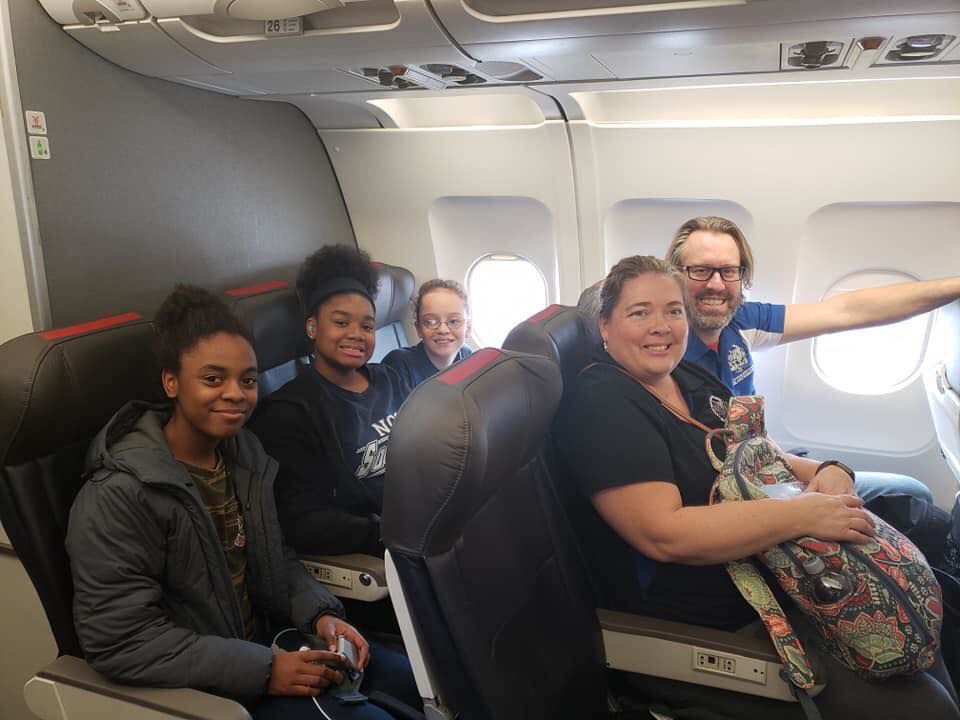 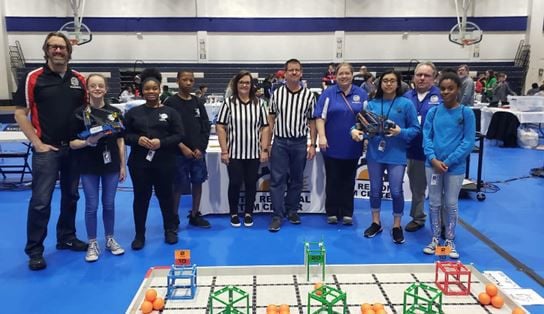 North Carolina School for the Deaf's two robotics teams - Princess Bears in the black shirts and Faze Red in the blue shirts - participated in a national robotics competition called the VEX IQ Challenge over the weekend.

North Carolina School for the Deaf's two robotics teams - Princess Bears in the black shirts and Faze Red in the blue shirts - participated in a national robotics competition called the VEX IQ Challenge over the weekend.

Though their flight was delayed one day due to Thursday’s flash flooding in the area, a group of North Carolina School for the Deaf middle school students eventually made it to Texas to participate in a national robotics competition.

The competition, known as the National Technology Institute for the Deaf Regional Stem Center VEX IQ Challenge for the Deaf and Hard of Hearing, or “1st NRSC VIQC D/HH,” took place Feb. 6-9 at the Texas School for the Deaf in Austin.

NCSD had two teams participating in the competition: Faze Red and their robot named “Red” and Princess Bears and their robot named “Blossom.” Faze Red finished in second place in Teamwork Rankings, third place in the Finalists Rankings and seventh in skills. The Princess Bears finished fifth in Finalists Rankings, 10th in skills and 13th in Teamwork Rankings.

In all, 24 teams participated in the competition, among them teams from Alabama, Arkansas, Florida, Georgia, Kentucky, Maryland, Mississippi, North Carolina, Oklahoma, Tennessee and Texas.

Jeff Lintz led the group as a coach, along with Matt Howell and Darlene Newton. Lintz has taught at NCSD for six years and has participated in VEX IQ Challenges at both the middle school and high school levels with NCSD for the last five years.

Lintz said he and his students had looked forward to this event because all the participating teams featured deaf students.

“(This competition) is particularly special because it was all of the different deaf institutions throughout the country (participating in the competition,)” Lintz said. “It’s a great opportunity for them to work with their peers. Typically, when my team goes out, they compete at the state level and we’re the only deaf team in North Carolina. So, they go and they have their hearing peers. This was unique in that it was all deaf teams and all of their deaf peers will be there.”

Thursday and Sunday were scheduled travel days for the teams, though many teams saw their flights delayed Thursday due to the weather. After arriving in Texas on Friday, teams used the day as both a practice day and skills day before Saturday’s competition and awards.

According to Lintz, the events on Friday included check-in, setups, inspection and skills. Each year, the team that wins the Excellence Award qualifies for the World Championship, which will take place in Louisville, Ky., from April 26-28 this year.

Prior to the event, Lintz said he was most looking forward to seeing his students interact with their peers from schools such as the Tennessee Middle School for the Deaf, Atlanta Area School for the Deaf and Maryland School for the Deaf. He said the event was an opportunity for students to “be able to talk to the kids and learn about the different schools and institutions,” and also a good social event.

After returning home on Sunday, Lintz told The News Herald he was proud of his students.

“It was an amazing experience for these 13-year-old kids to have a first time experience in flying,” he said. “(My students were able) to have a first time experience in traveling to Texas and experiencing a different part of the U.S. and to meet and make friends with deaf peers interested in robotics and STEM from 13 different deaf schools in nine different states. (They also) competed against their peers in an environment where the (event featured signed) communication (and they were) without any barriers.”

The VEX IQ Challenge is presented by the Robotics Education and Competition (REC) Foundation and provides elementary and middle school students with exciting, open-ended robotics and research project challenges that enhance their science, technology, engineering and mathematics skills through hands-on, student-centered learning, its website said.

There were 1,650 teams from 50 different countries that participated in the 2019 VEX Robotics World Championship. To Lintz’ knowledge, Girl Power was “probably the first Deaf team that went to the VEX World (Championship).”

To Lintz, Girl Power’s appearance at the Worlds is important for a number of reasons, he said.

“It shows, first of all, the deaf belong there,” he said. “It shows they are as capable as the hearing students in the public schools. It makes me proud to see as much as my students can do and that they can succeed. The interaction with the other students was truly amazing.”

Though his team did not win an Excellence Award this year, one wouldn’t be able to tell based on what Lintz had to say about them after returning home.

“My students were great and I couldn’t be more proud of them,” Lintz said.