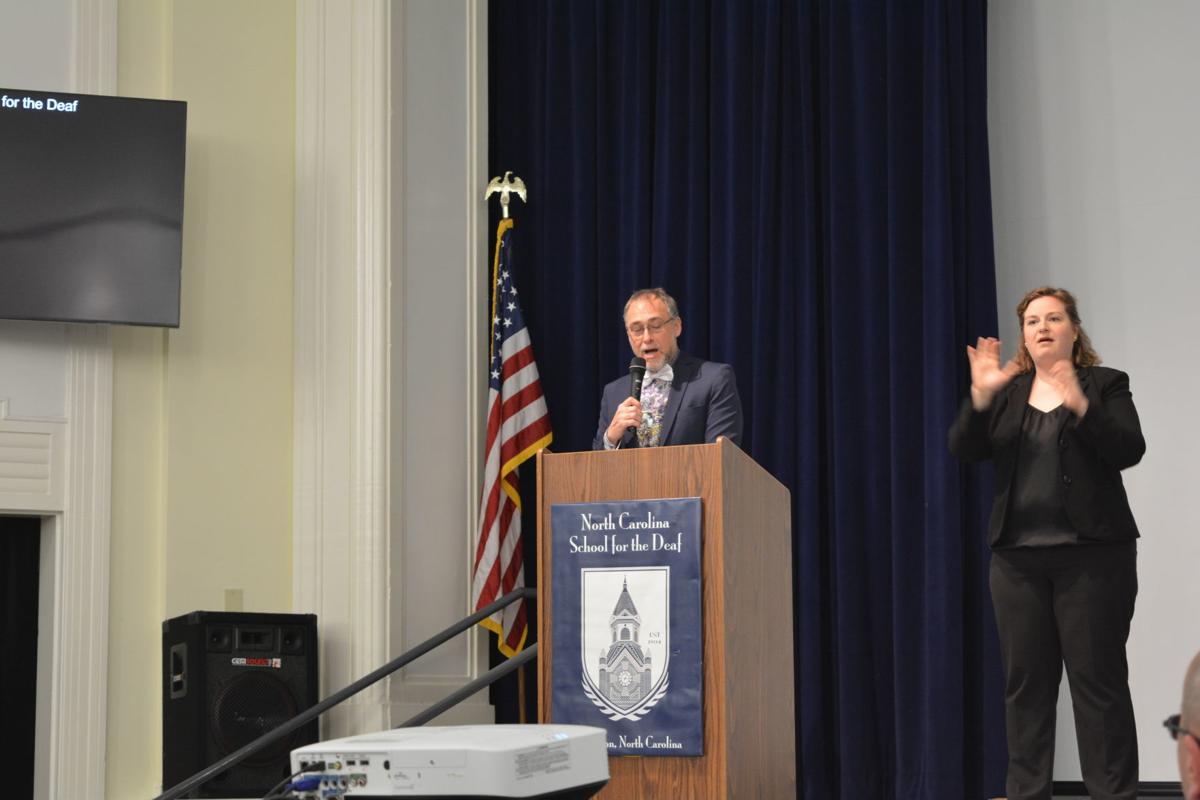 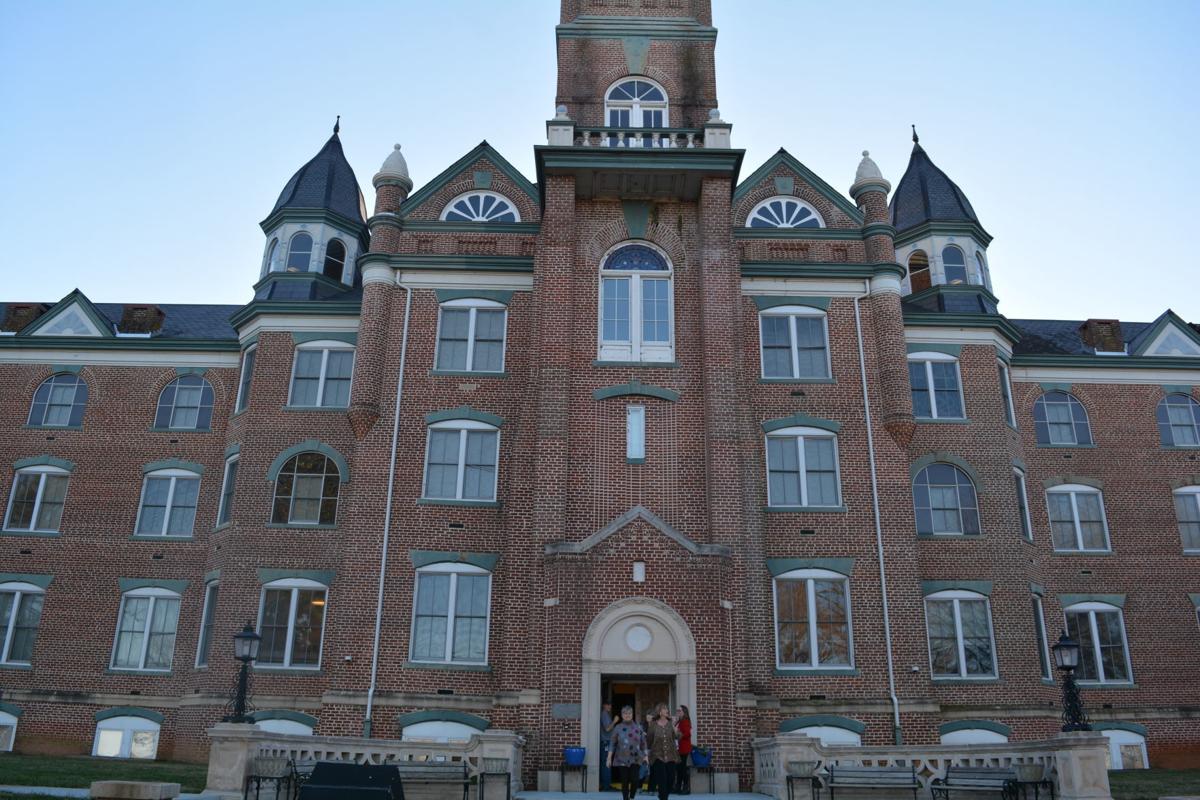 Attendees file out of the North Carolina School for the Deaf's main building where Mark Patrick was announced as the new school director Monday. 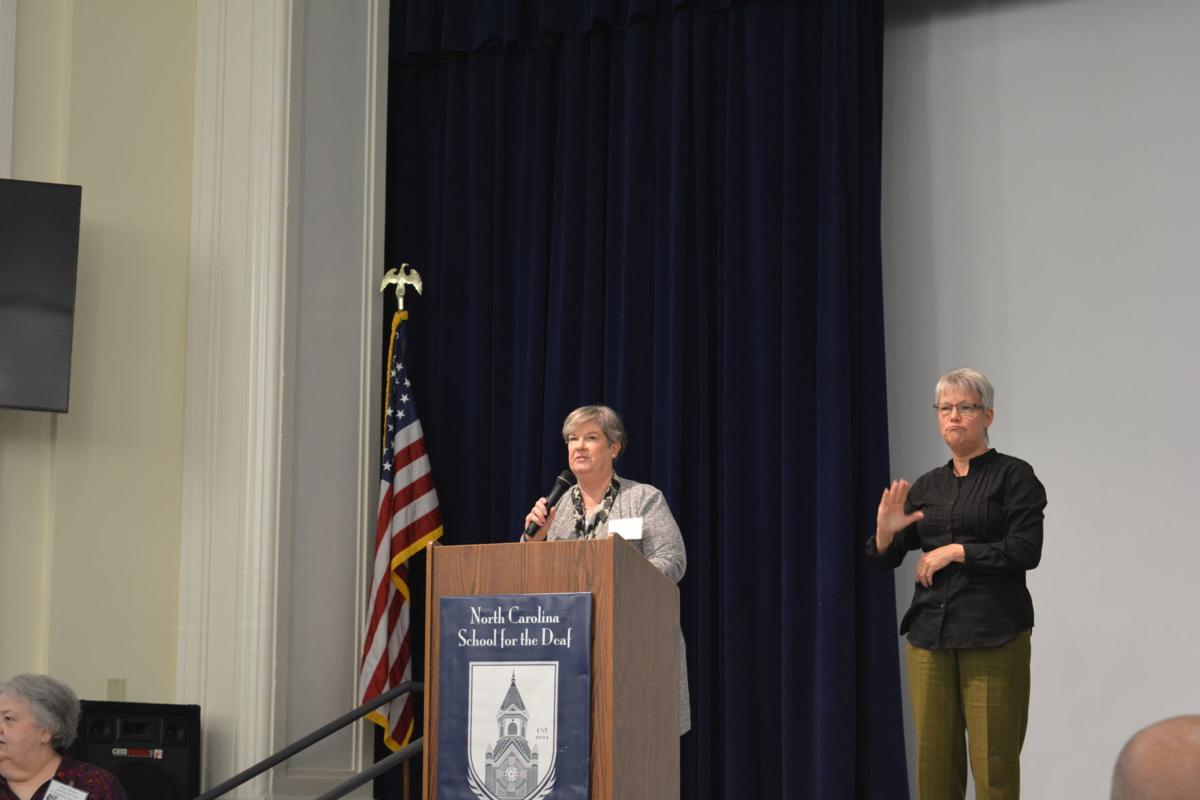 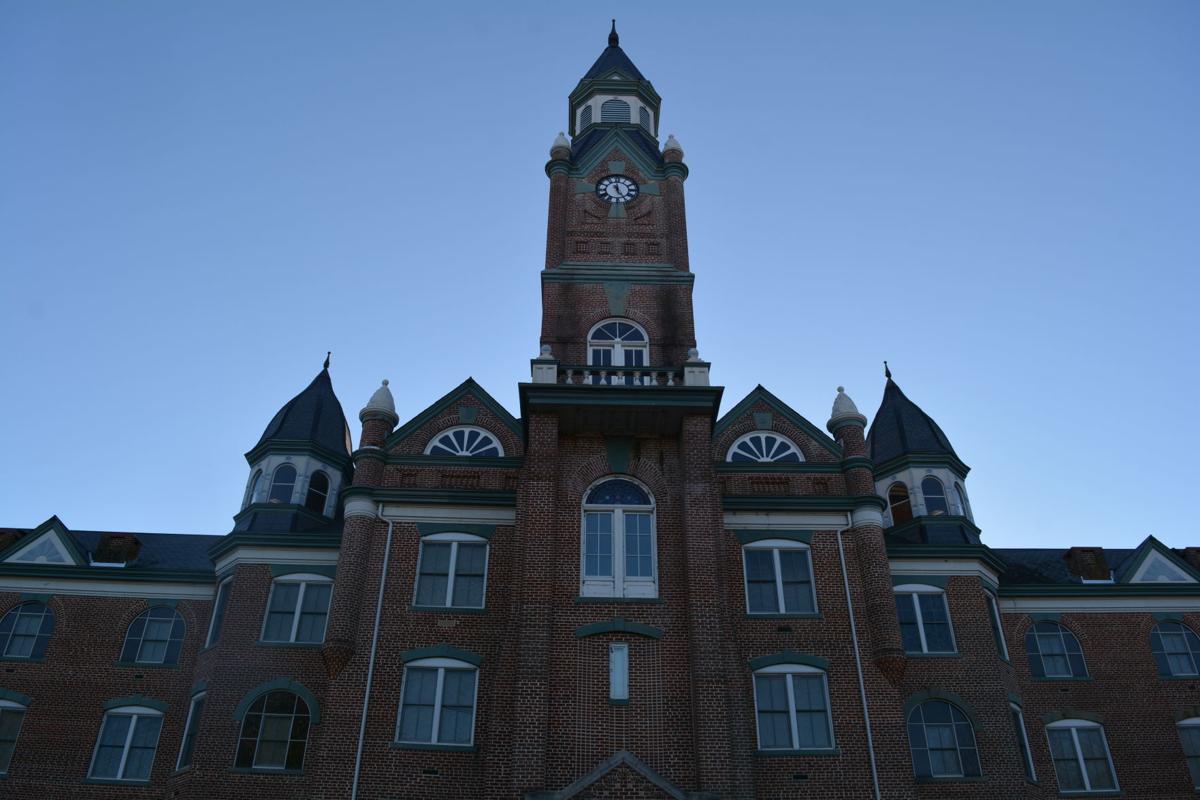 The North Carolina School for the Deaf's clock tower. Inside the building in the school auditorium, Mark Patrick was introduced as the new director of the school on Monday.

Attendees file out of the North Carolina School for the Deaf's main building where Mark Patrick was announced as the new school director Monday.

The North Carolina School for the Deaf's clock tower. Inside the building in the school auditorium, Mark Patrick was introduced as the new director of the school on Monday.

The North Carolina School for the Deaf was abuzz with excitement on Jan. 6 as the school held a welcoming reception ceremony for its new director, Mark Patrick.

Patrick addressed the crowd, which included NCSD students and faculty as well as community members and city officials, in the school’s auditorium.

The event was hosted by the NCSD Foundation, a nonprofit organization that works cooperatively with but are governed independently from NCSD, its website said.

Patrick officially assumed the role at the beginning of the year after coming to NCSD from North Shelby School, a public, separate, special-purpose school in Cleveland County, where he served as principal since 2017, according to a previous New Herald article.

Patrick is no stranger to NCSD. Prior to working at North Shelby School, he worked from 2006-17 at NCSD — seven years as a deaf educator and four years as coordinator of exceptional children’s services at the school.

“As I look around the room, I see many familiar faces,” Patrick said. “Some students I even taught in their younger years. I look forward to reconnecting with the familiar faces and also learning all the new ones. I took the time this morning to walk around into all the buildings and greet students. It’s been so refreshing and sparked so many memories of mine.

“We have 125 years of a rich heritage between these walls and on this land. I am thrilled to begin this new phase.”

“It is my honor and privilege to return to the North Carolina School for the Deaf as the residential school director,” he said. “It will be my honor to work alongside each of you as we grow this beautiful program.”

Patrick also thanked his family, for “without them, many things would not be possible,” he said.

“They are patient and kind, when working long hours keeps me away from home, but they understand my dedication and passion for being a student-centered servant leader.”

Prior to Patrick’s hire, Steve Watts served as the interim director at the school.

Mayor Ronnie Thompson told The News Herald that the ceremony signifies an important step for the school — where he was an employee from 1981-85 — and the city as a whole.

“The School for the Deaf has a long 125-year tradition in Morganton,” Thompson said. “It’s a vital part of the economy of Morganton. The new directorship is going to bring excitement and commitment to the students and to the community it serves. We have an active (NCSD) Alumni Association and Deaf Foundation in Morganton, and they will continue to be a vital part of the community.”

“This place has special meaning to so many people,” Dottie said. “I have met some lifelong friends here at this place. There are many people who are very proud of this place, and I’m very fortunate today to introduce one of these people to you. Mark Patrick is a former educator here and we are so happy to welcome him back to this place as the director.”

When Patrick exited his office on his last day at NCSD, on July 25, 2017, he left a special message on his chalkboard for students and staff, he said.

“The day I closed my office door with tear-stained eyes I wrote on my whiteboard, ‘This is not goodbye,’” Patrick said. “How exciting (it is) that I have been given the opportunity to return as your educational leader.”

Patrick was optimistic in identifying a number of his goals for the school in his speech.

“In order to begin a culture change movement, it is important to note that there must be energy, enthusiasm and hope,” he said. “Our future does look bright. I look forward to strengthening student-and-community connections, engaging families and stakeholders and setting clear expectations while recognizing progress and celebrating successes as we begin the growth process.”

Patrick closed his speech by offering students a message.

“Students, today and every day that follows is yours,” he said. “You can and will change the world.” 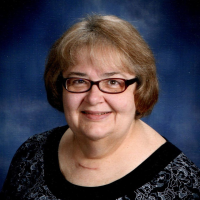 Totally awesome! Welcome back, Mark, and I look forward to good things in the future.