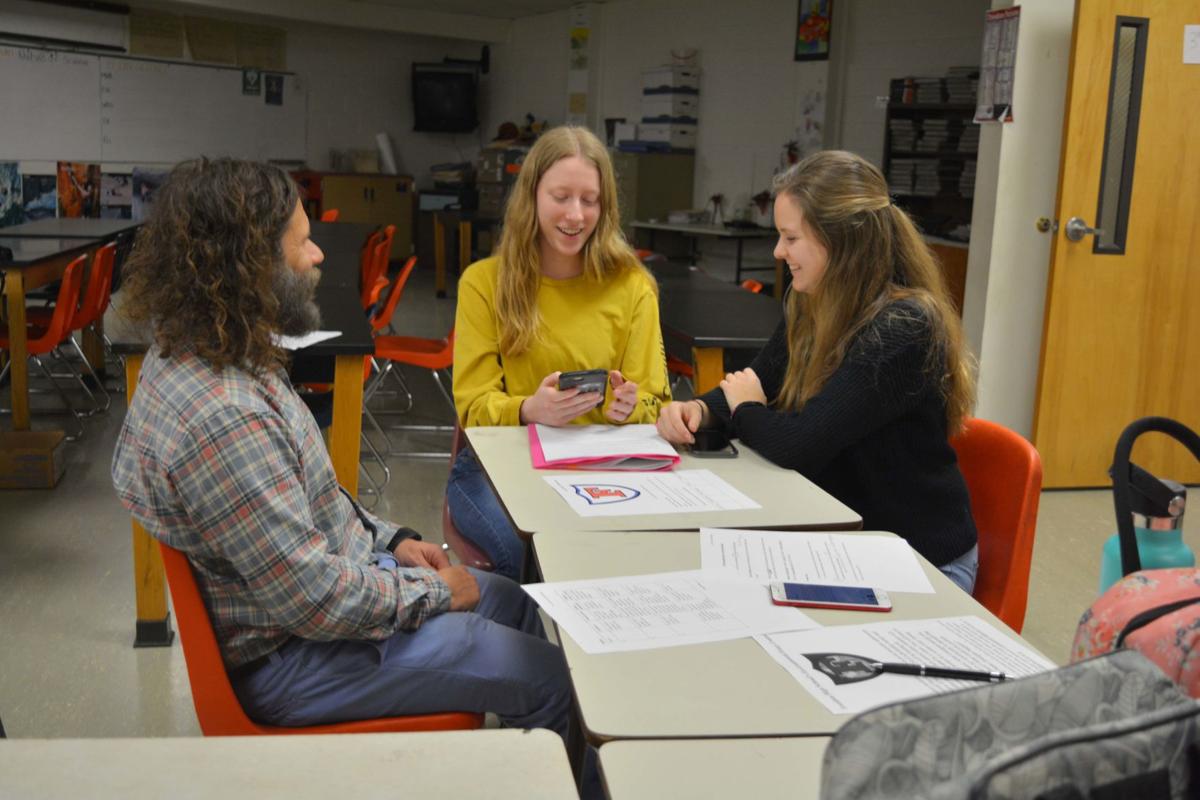 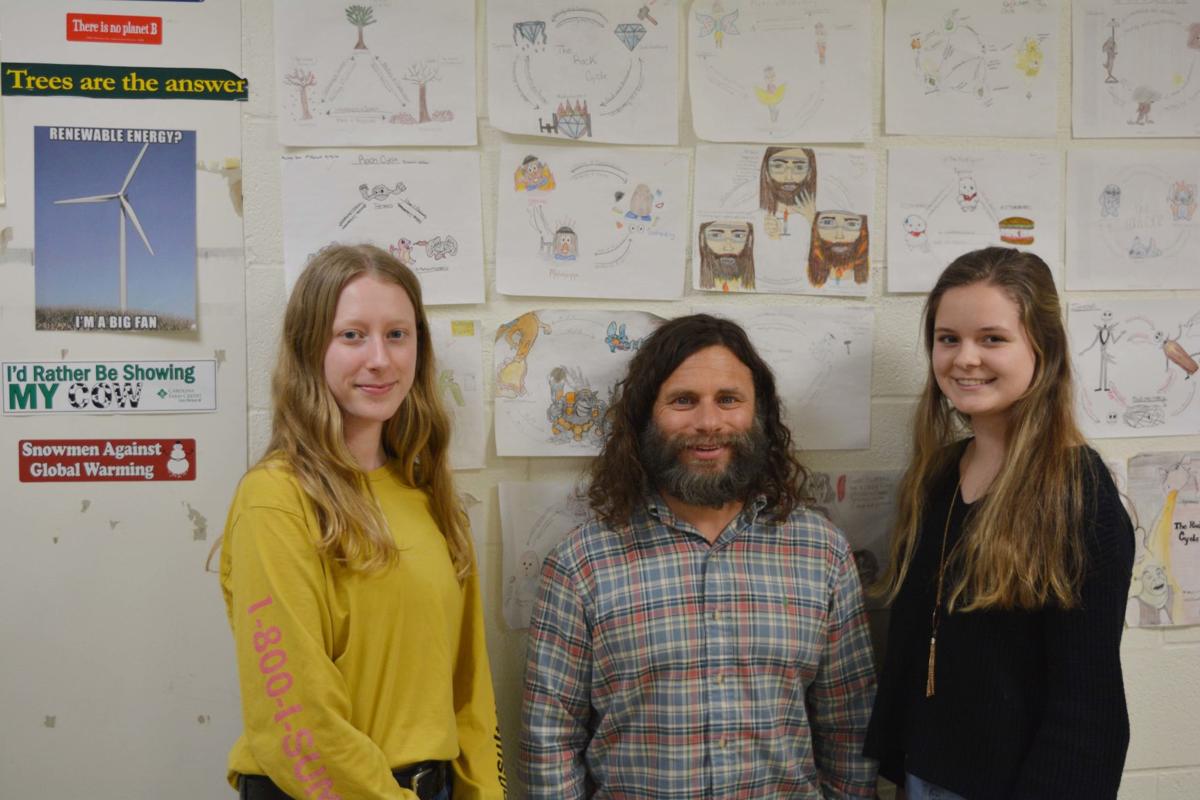 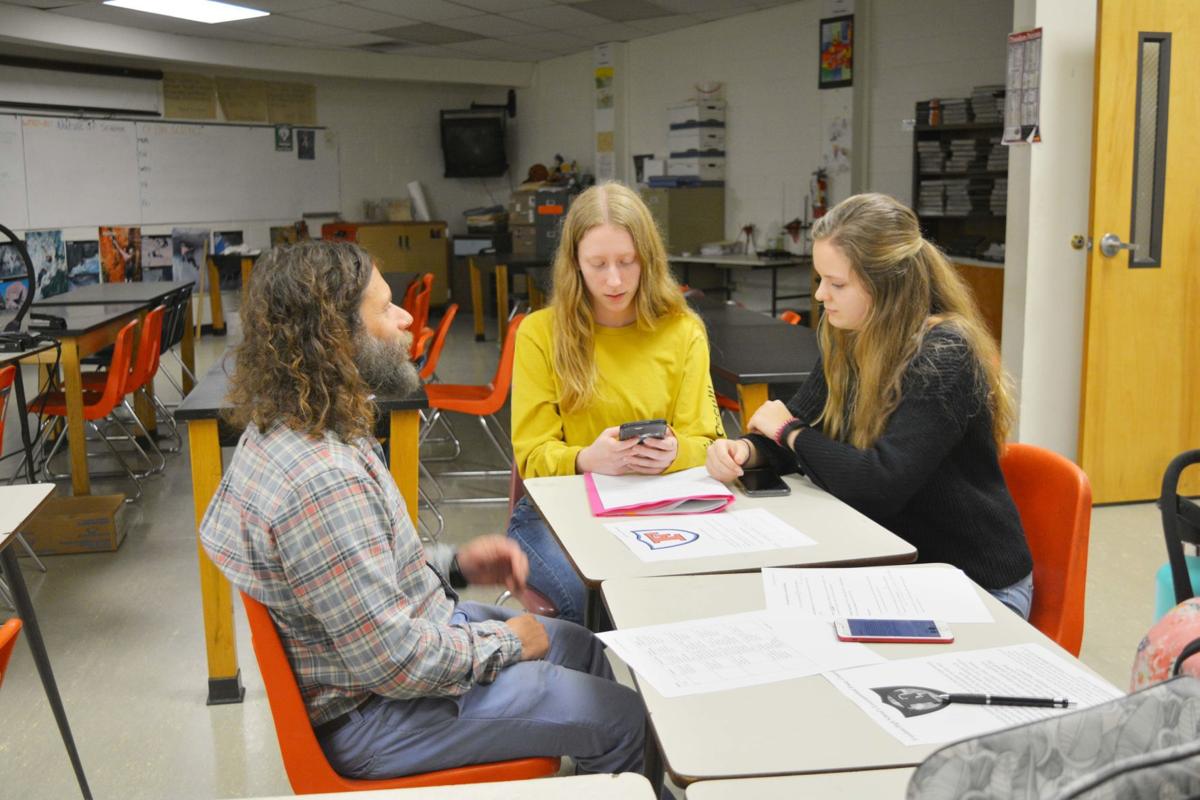 Two Freedom High School students are aiming to raise environmental awareness among their peers as they are forming a schoolwide essay contest with prizes for the top contestants.

Ava Lytle and Lauren Robinson, juniors at Freedom are organizing the contest, which will take place at Freedom’s teaching theater on Earth Day, April 22. Lytle and Robinson will serve as two of the five judges along with Principal Casey Rogers and teachers Mr. Cullen and Mr. Smith.

Lytle said she came up with the idea in August on the night before the first day of school.

“I had been thinking about how I wanted to do something that involves raising awareness about the environment and getting the community involved,” Lytle said. “I wasn’t sure where I wanted to start. A friend of mine had posted a picture that spoke about what was happening to the environment and I reposted it. Then, a student who goes here, Gracie Buchanan, ‘swiped up’ and we started talking about our views on the subject.”

Lytle also recruited Robinson, who she has known since kindergarten. Lytle calls Robinson “the public face” though she says they are both academically gifted — Robinson wants to be a doctor and Lytle is a self-proclaimed “math geek.”

“I recruited Lauren to help me because I know she’d be interested and she’s always got my back on stuff like this,” Lytle said. “I took her with me to go talk to Mr. Smith and he was all about (the essay contest idea.) He was ready to go. He gave us a bunch of pointers like what we need to set up a name for it, judges and the prompt.”

Smith is no stranger to environmental science. He has taught the subject for 20 years at Freedom and in summer 2018 he was chosen by a program called PolarTrec to travel to Antarctica where he conducted research on starfish, whales, krill, sea ice and climate change.

In his 20 years at Freedom, Smith said he can’t remember a time when students took the initiative to make a change in their community like Lytle and Robinson.

“I’m super honored,” Smith said. “In class, we talk about taking action toward making the environment better. To see these girls take this sort of action, I’m super honored that my class was something that influenced them to do this.”

Robinson hopes she can bring perspective to her peers who may have differing opinions on climate change.

“There are a bunch of kids in my science classes, as well as a girl in my gym class that say that nothing is changing (in the environment),” Robinson said. “They say, ‘It’s just something the world goes through every couple thousand or million years, or whatever.’ Our prompt is related to how students can improve the environment either themselves or within our community. So, having kids think about what they can do causes kids who don’t really think about stuff like (environmental issues) to think about how they can change, especially growing up when we are the generation that has to fix it.”

The essay prompt reads, “Moving forward, what changes would you like to see in our community to benefit the environment? How could you pursue making these changes happen?” The girls also came up with a rubric that will judge grammar, structure/flow, factual information and the ability to answer the prompt.

The five finalists will be announced March 21. The first place prize is $750 in scholarship money, while the second place prize is $500 and third place is $250. Fourth- and fifth-place winners will receive gift certificates and the contest will feature a “people’s choice” award which will come with a special prize and a season sports pass to Freedom games.

So far, Lytle and Robinson have raised more than $1,000 from 17 local businesses, including a $250 from Dr. Amy Brooks and $200 from Gragg Orthodontics.

Lytle, Robinson and Smith hope that they can continue to build on this contest for years to come and incorporate other schools in the event.

“A lot of the businesses that couldn’t donate this time told us to come back next year if we happened to do it again,” Lytle said. “We can make this an annual thing. I was hoping that it would spread and Patton would see it in the paper and want to do something on their own.”

Still, for these two friends of more than 10 years, this is an exciting event that could potentially blossom into a years-long venture.

“I’m most excited for seeing it all come together in the end — when everybody’s reading their stuff and giving out awards,” Robinson said. “I’m really excited.”

“We’re hopeful it will catch on and maybe we’ll do it next year,” Lytle said. “I’m mostly excited for the effect it’s going to have on the community.”

The pair couldn’t help but to think of the possibilities for the future if the contest catches on.

“Yeah that’d be really cool (if the contest continued),” Lytle said. “It’d be a good opportunity to stay in touch, outside of just the friendship, with a business partnership … Lauren and Lytle Law Firm.”

“I think it’s really important that young people feel empowered that their actions can make a change in the world,” Smith said. “These two girls are going to be influencing dozens if not hundreds of kids to think about how their everyday lives are affecting the environment.”