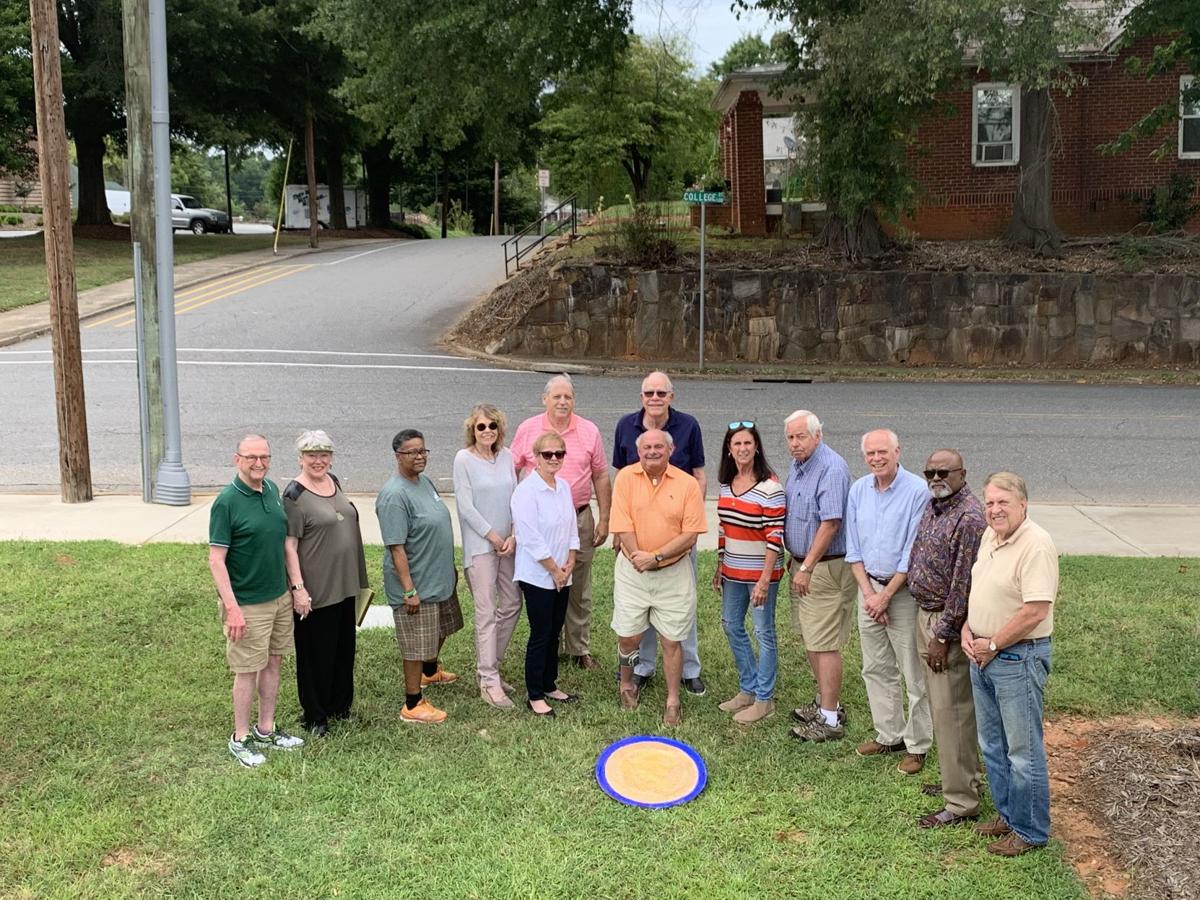 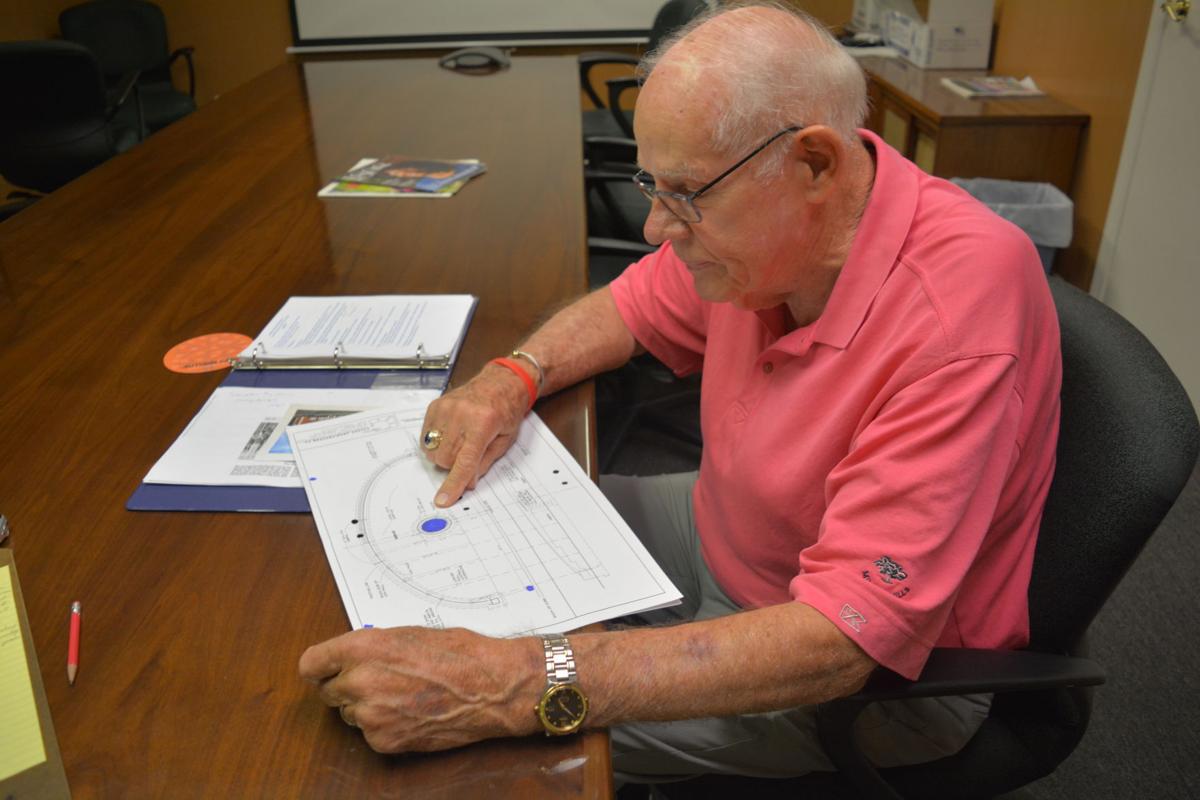 John Greene Sr., member of the MHS Class of 1954 who serves on the memorial monument board, studies the design of the monument. 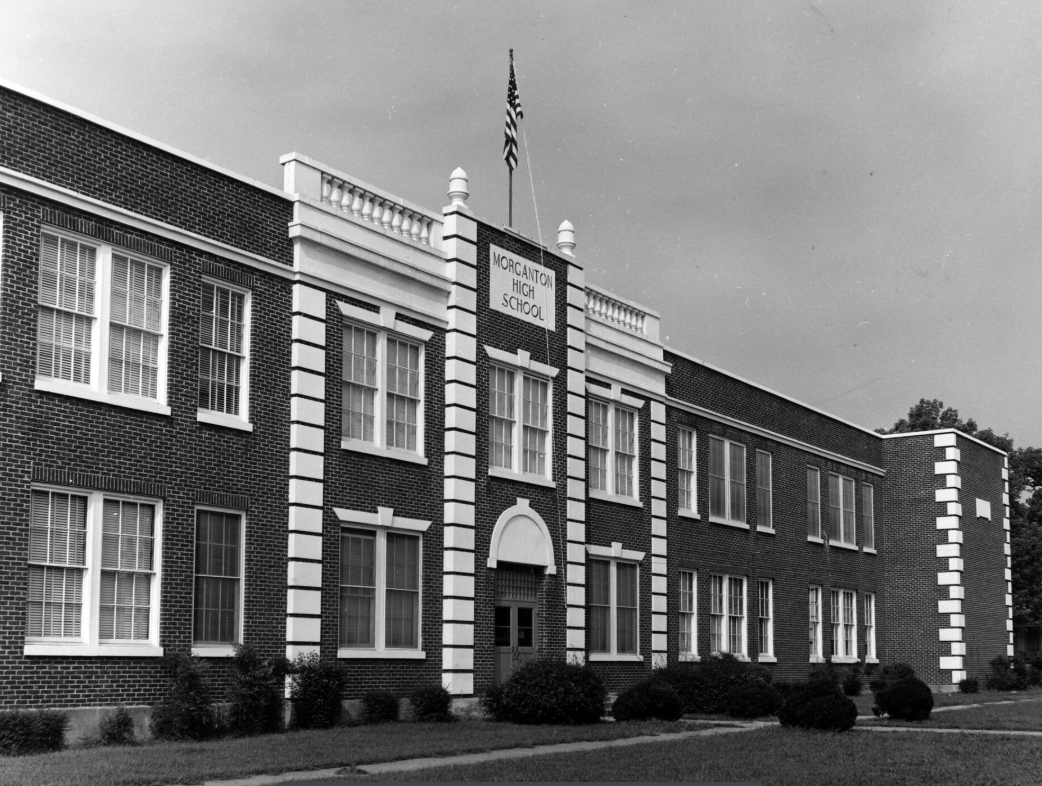 The Burke County Chamber of Commerce submitted this photo of Morganton High School to the Picture Burke project of the North Carolina Room of the Burke County Public Library.

John Greene Sr., member of the MHS Class of 1954 who serves on the memorial monument board, studies the design of the monument.

The Burke County Chamber of Commerce submitted this photo of Morganton High School to the Picture Burke project of the North Carolina Room of the Burke County Public Library.

The Morganton High School Wildcats Alumni Association is asking for the community’s help to honor the memory of its beloved school.

The group has launched a fundraising campaign for a memorial monument to MHS they would like to have placed on the grounds where the school once stood. The property is now home to the Alder Springs Deaf and Blind Community apartment complex.

Robert Patton and Hank Dickens, members of Morganton High School Class of 1965, are co-chairs of the alumni association and are leading the project.

“We had our 50th class reunion in September 2015,” Dickens said. “Robert brought about 20 people together for the class reunion planning. During that process, a number of folks said, ‘We’d like to make a memorial to the high school.’”

They discovered other classes also were thinking about creating a memorial.

“So we said, ‘wouldn’t it be smart if we just all combined our resources to come up with a grand memorial, placing it on the site of the school with the permission of the present property owners?'” Dickens said.

About 31 alumni of MHS classes ranging from 1954 to 1972 met in November 2018 at the Morganton Community House to make plans, draft bylaws and form a board of 15 members for the project. The alumni made an agreement with the Community Foundation of Burke County to administer the funds, and signed a letter of understanding with the owners of the property to obtain permission to place the monument there.

Dickens said the group values the partnership with the local deaf/blind community, which reflects the relationship MHS had with the North Carolina School for the Deaf for decades.

“We would allow them (NCSD students) to use our football field on Thursday nights, because we had lights,” he said. “Their football field didn’t have lights. On Fridays, when we held track events within the conference, we went to the deaf school, not only to hold the event, but also to conduct our training during the week.”

Local architect Marvin Folger has drawn up a design for the monument, a circular elevated seat topped with a compass and bronze inset with the school’s mascot, a wildcat.

“We wanted to perpetuate the ‘wildcat spirit,’” Dickens said.

Steve Gregory, finance chair of the board, said the fundraising goal of the group is $300,000. The group currently has more than $10,000 in seed money from committee members and other donations. Dickens said members will tackle fundraising in three phases: first for the memorial monument, second for an interpretive walking trail around the monument and finally, for an endowment fund for scholarships.

Gregory said he is excited about the potential of the project.

“We’re going to branch out and do a lot of good things for the community,” Gregory said. “It’s going to be a beautification project and add some aesthetics to that area of the Alder Springs complex.”

Morganton High School opened in 1927, according to a history of the school published in its last yearbook and News Herald articles of the time. Construction plans were announced in The News Herald on Aug. 15, 1926. Frank B. Simpson was the architect on the project, estimated to cost approximately $100,000. It had 20 classrooms and an auditorium with a seating capacity of 1,060, which could be converted into a gymnasium. The athletic field was dedicated on June 9, 1927, as the “World War Memorial Field.”

The school operated on a six-month schedule until 1933 and served grades eight through 11 until the 1940s, when 12th grade was added. A stadium annex also was added in the 1940s. The school was integrated in 1965 with Olive Hill High School.

Discussions on the need for a larger school became public as early as 1961, but Morganton High School remained open until 1973, when it was consolidated with several other schools into Freedom High School. Patton, who worked for the school system at the time, said the MHS building became part of the junior high school for a time. It was razed in 1992, despite efforts by the Historic Burke Foundation to save it.

Dickens shared his thoughts on what made the school so special.

“The beauty of the school is that it was a small school,” he said. “What you get out of small schools is great participation and involvement of the students. I really valued that participation. It perpetuated a value system that you don’t see today.”

“We also got a great education,” Patton said. “The teachers were really outstanding. We were so fortunate. Amongst that group of people, there was an esprit de corps that was palpable. Everybody there was excited and had great memories and stories to tell. I had a love for learning when I left Morganton High School.”

The alumni association will have a booth at the Historic Morganton Festival across from Root and Vine restaurant to share information about the project.

Those interested in making donations or pledges to the MHS memorial monument should visit www.CFBurkeCounty.org or contact Nancy W. Taylor, executive director of the Community Foundation of Burke County, at 828-437-7105 or nwtaylor@cfburkecounty.org. Checks should be made payable to "Community Foundation of Burke County - Wildcat Fund" and can be sent to the foundation at PO Box 1156, Morganton, NC, 28680.