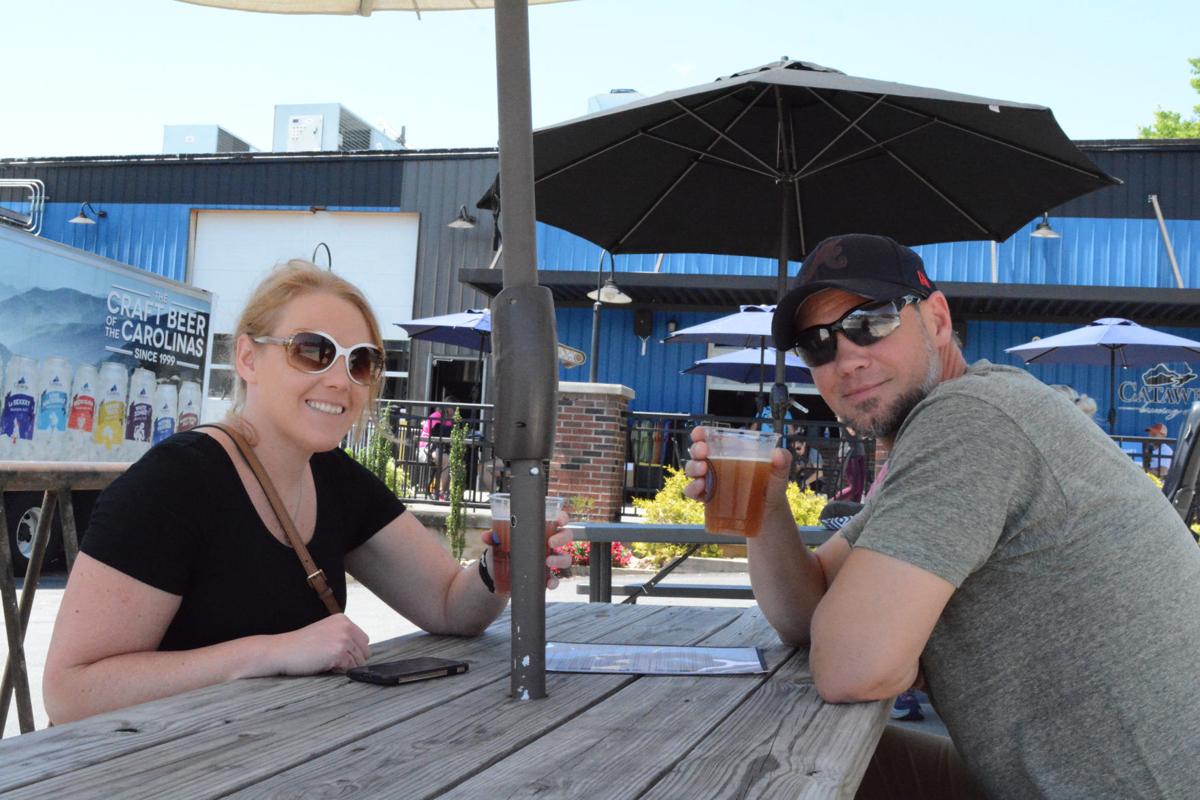 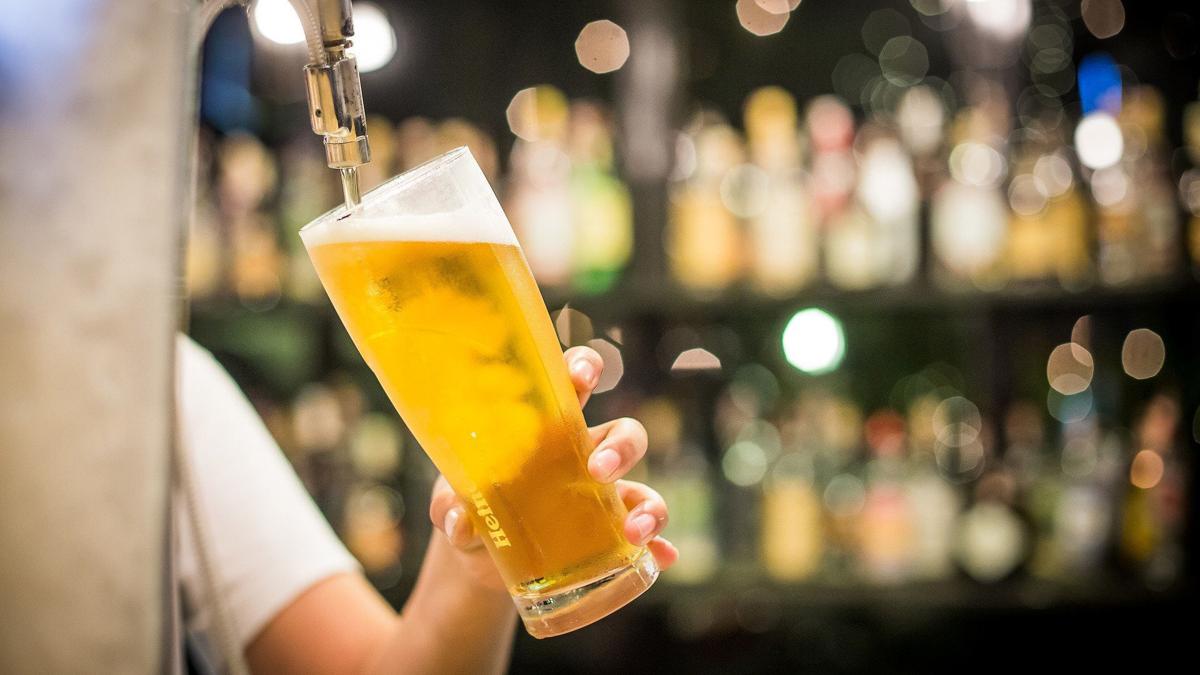 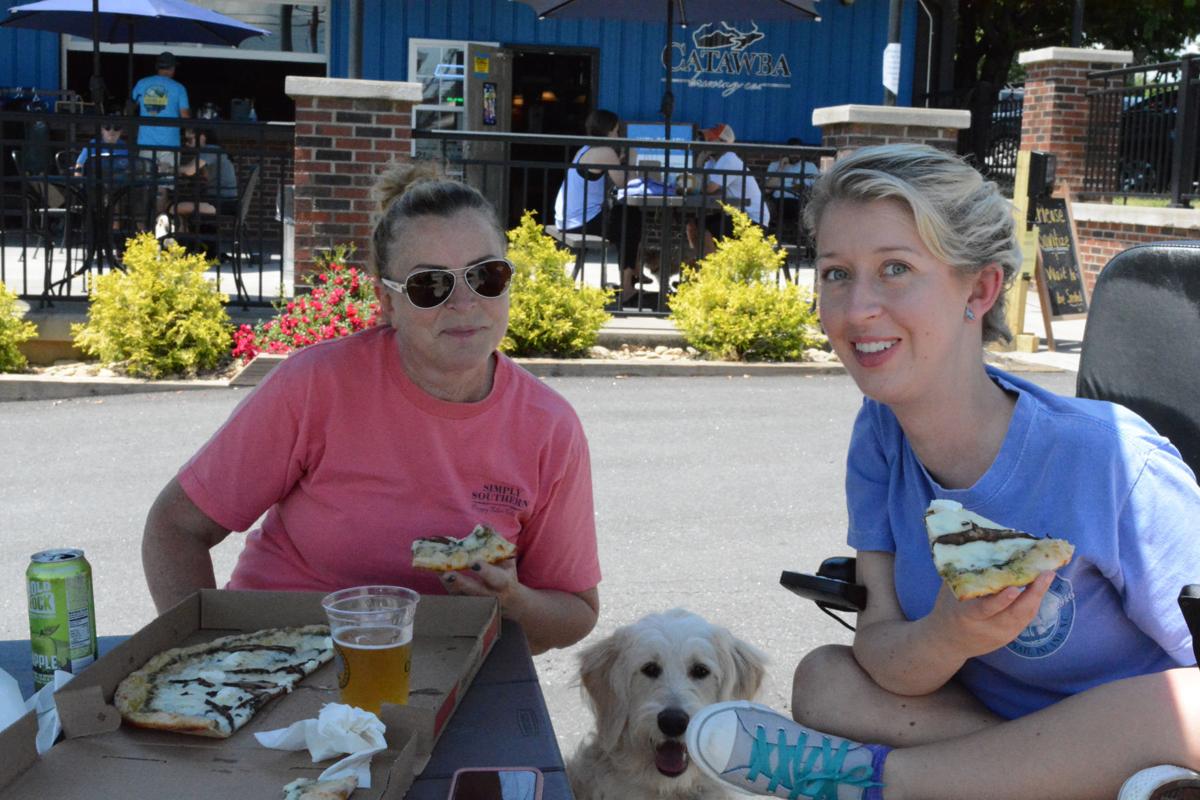 Andrea (left) and Jessica Caudill enjoy a pizza and beers outside of Catawba Brewing Company with dog Oakley.

Andrea (left) and Jessica Caudill enjoy a pizza and beers outside of Catawba Brewing Company with dog Oakley.

After a couple of days of thinking they wouldn’t be able to open, Gov. Roy Cooper gave breweries the green light to open under Phase 2 late Friday afternoon.

The North Carolina Craft Brewers Guild made the announcement in a news release late Friday.

Bars are defined as “establishments that are not eating establishments or restaurants ... that are principally engaged in the business of selling alcoholic beverages for onsite consumption,” according to information published by the guild.

In the updated guidance, a business can stay open if it produces alcoholic beverages for commercial sale off-premises.

The guild said in a Thursday release that breweries alone contribute $2 billion to the state’s economy and make up more than 12,000 jobs. The statewide shutdown saw revenue for the businesses drop by 75-90 percent industrywide, the guild said.

Now, business owners and managers are hoping things will be on the way up.

Ivy Johnson, manager at Catawba Brewing Co.’s Morganton tasting room, said Friday she was able to read the updated guidance about 15 minutes before 5 p.m., and while she would have preferred a little more heads-up, she was thankful the brewery would be able to reopen.

“We’re excited,” Johnson said. “We’re very thankful that we’re going to be able to open. Things will be a little different.”

She said there would probably be a limited seating time of about an hour to make sure everyone who wants to will get to come in and enjoy a drink, and that there would be table service.

“It’s just crazy,” Johnson said. “I’m just hoping everything goes well and everyone adheres to the new rules for now.”

Peter Skelton, owner of The Levee Brewery and Pub in downtown Valdese, said he was glad for decision.

“We are very glad that things have been re-evaluated and our community of local breweries can get back to serving our communities,” he said.

Joseph Ackerman, co-owner at Sidetracked Brewery, said he was excited to be able to open his business at limited capacity Friday night with training for his staff Saturday on the guidelines.

“We are just super thankful to the N.C. Craft Brewers Guild for making it happen,” Ackerman said.

He had written a letter to Cooper explaining how dire the situation was for his business and others.

“Because we do not serve food at our establishment, your latest executive order would classify us as a ‘bar’ and would not allow us to open until the end of June,” he wrote in the letter. “If this is the case, I may lose not only my business, but my home. Because patrons can have a pint of beer at any other establishment that serves alcohol in our town, there will be absolutely no reason for them to come to our brewery. This would be a death knell for businesses like mine.”

Ackerman again said he was thankful they would be able to get back to business in Phase 2.

“We’ll be doing the best we can to keep people safe and distanced, and sanitize everything,” he said. “We’re just excited to be open for business.”