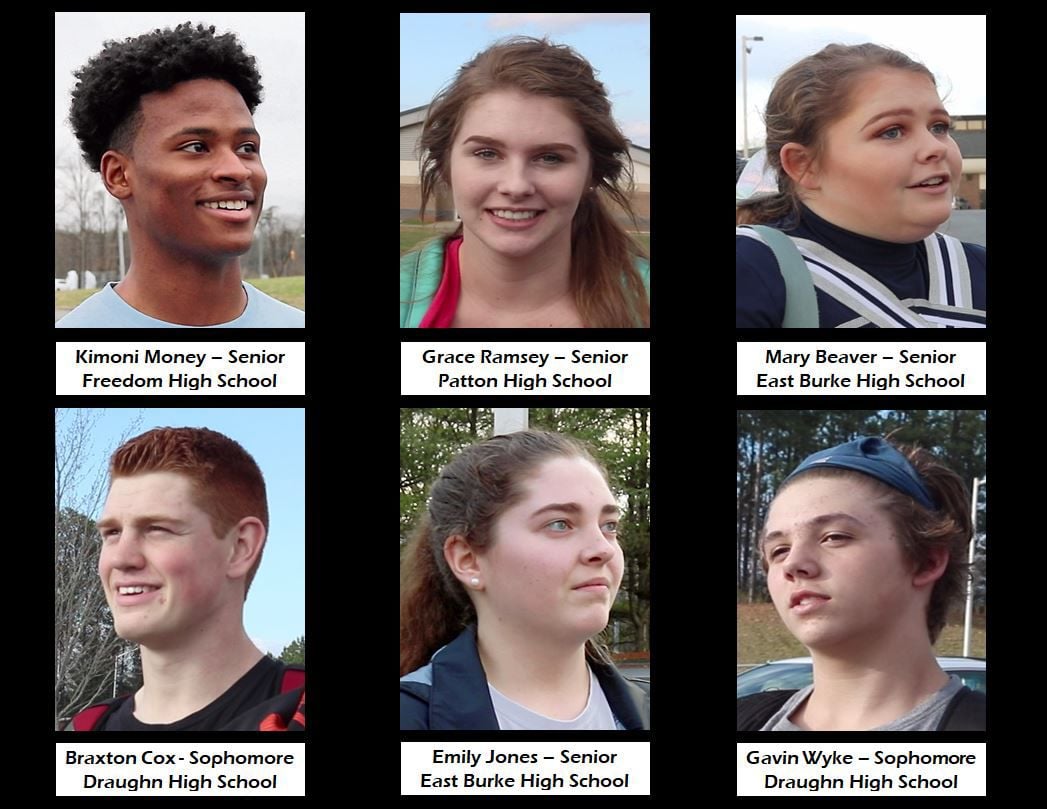 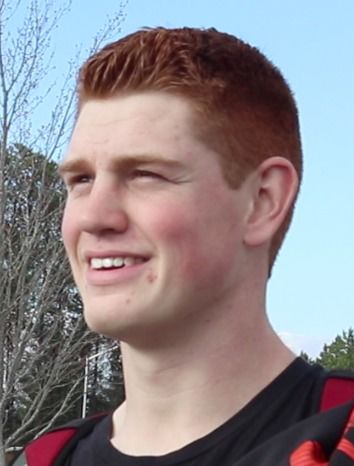 Braxton Cox is a sophomore at Draughn High School. 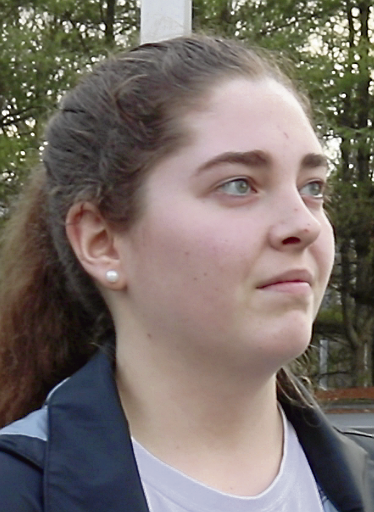 Emily Jones is a senior at East Burke High School. 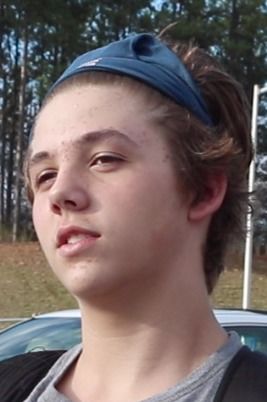 Gavin Wyke is a sophomore at Draughn High School. 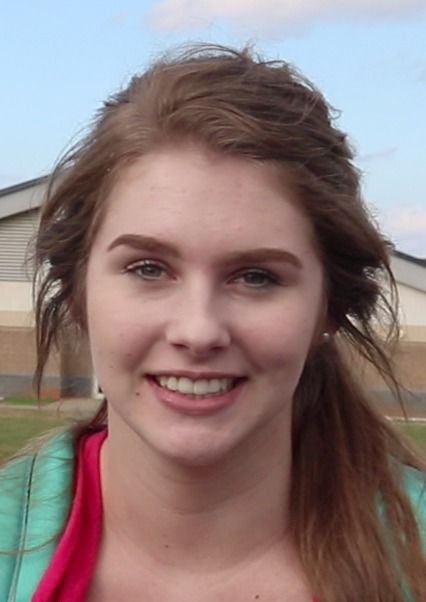 Grace Ramsey is a senior at Patton High School. 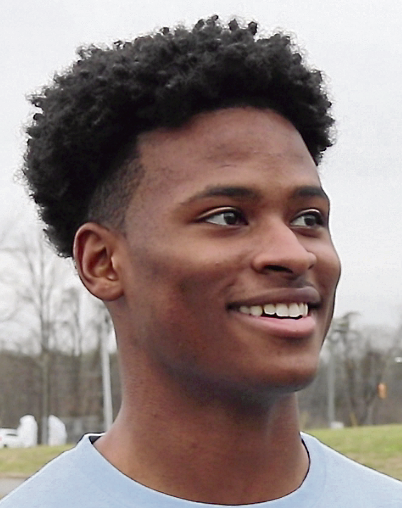 Kimoni Money is a senior at Freedom High School. 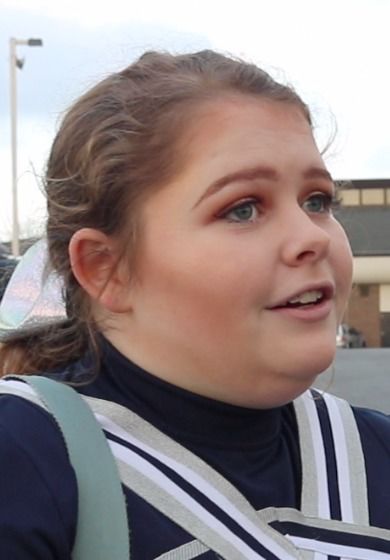 Mary Beaver is a senior at East Burke High School.

Braxton Cox is a sophomore at Draughn High School.

Emily Jones is a senior at East Burke High School.

Gavin Wyke is a sophomore at Draughn High School.

Grace Ramsey is a senior at Patton High School.

Kimoni Money is a senior at Freedom High School.

Mary Beaver is a senior at East Burke High School.

Since the tragic school shooting in Florida on Valentine's Day that took the life of 17 people, teenagers from across the country have started to voice their feelings on how to keep schools safe. After a Patton High School student was charged Monday with making threats against the school — and a Freedom student was charged Wednesday — The News Herald asked several from Burke County Public Schools to share their thoughts abou t the Florida shooting and safety in local schools.

1. What was your reaction when hearing about the school shooting in Florida?

» Kimoni Money, Senior, Freedom High School: It hurt because I think I heard about it from my teacher ... or my basketball coach, actually. It was awful. We talked about it and I was (wondering) definitely where was the security guards. You don’t know , honestly , how you would feel because for me, as a student, I was definitely cautious — what if it continues to happen? It was just not a good situation.

» Grace Ramsey, Senior, Patton High School: I was in shock as well as all of my other friends. I think that we were all kind of really upset and just nervous knowing that it could have been any of us. Things like this have happened in our town and there’s been plenty of threats at our school — someone has recently been charged with a threat of shooting up our school. We were all really scared, and we all talked about it and planned what we would do together.”

» Braxton Cox, Sophomore, Draughn High School: I was just surprised. You know, it happens all the time, sort of. I just felt sorry for the students because I could relate to them because they’re our age.

» Gavin Wyke, Sophomore, Draughn High School : I thought it was pretty shocking when I heard about it — that the families never get to see their kids come back from school.

» Emily Jones, Senior, East Burke High School: (I was) really shocked and almost scared, even though it wasn’t here in North Carolina , because they are my age, so I do have some resemblance toward them. So even though I wasn’t there going through it, I kind of felt sympathy for them because (we are the) same age.

» Mary Beaver, Senior, East Burke High School: “I was quite taken aback considering it was one of the students who attended there. I understand high school can be bad for some people, but I don’t think it’s that bad. I don’t think it’s ever that bad for anyone to go and shoot up the school and kill actual students that attended the school. I understand, mentally, people go crazy, but I never thought that a student that attended the high school would actually do that. That’s quite shocking to me.”

2. How safe do you feel at school?

» Money: (I feel) safe but , at the same time , you don’t know what could happen here. We were on lockdown probably a week or two ago, and we didn’t know we were on lockdown, but some teachers told some classes, but I didn’t know. I was in the gym, so I didn’t know I was really on lockdown. So to go back to that situation and to kind of make it interfere with this one, I was just like, what if we don’t know when it happens? You never know what goes on around this campus because bad things happen always.

» Ramsey: The school — there is so much glass in our school. The cafeteria is probably where I feel the most unsafe just because it’s a big glass window, and anybody could walk past that window and shoot right in. You don’t have to go through the office or any administration to get to the cafeteria. Other than that, the doors in the school usually stay closed, so I guess they would have to get through the door before any of us. But overall, at Patton, I feel relatively safe.

» Cox: I usually feel safe. We kind of live in a rural area. I guess stuff could happen, but usually it doesn’t happen here all that much. I feel like the guard up there — one time I came in here and we didn’t stop, and he kind of got on us. I feel pretty safe.

» Wyke: I feel pretty safe, too. We normally have an officer on our school to guard. I feel safe.

» Jones: Honestly, I wasn’t too scared until I found out the other day about the girl that went to Patton that threatened to shoot up the school. It’s so close to home. I didn’t ever think it would happen here in Burke County. I think (East Burke) is well guarded. We have a guard that stops you all the time coming in. We got people at the front making sure nobody strange is coming in, so I feel pretty safe here.

» Beaver: I feel like the entrance to get into the school could be a little bit safer and everything. But inside the walls, I feel quite safe. I’ve never felt like I was in danger. When we have our practices for lockdowns or fire drills, it’s taken very seriously. We know how to react as soon as it happens. I remember we had a fire drill and then we had a lockdown right after so we had to act quickly and everything. But I feel like (it could be harder to get inside). Anyone can just roll into the gate. Anyone can just roll into the senior parking lot. There’s a guard lady there, but last year the guard wouldn’t be there for some time because I remember students could just leave campus and skip school and no one would ever know. And then, to get into the school, parents, anyone can just walk into the building. The front people see them and everything, but no one can stop them from entering. We only have one door that’s unlocked but, still, that’s one door that’s unlocked and anyone can just walk into.

3. What do you feel could be done to stop school shootings?

» Money: I would try to get maybe some older guys that’s been in the military to guard the school more. Definitely more security because obviously there wasn’t much on campus (in Florida). So definitely put more security around campus and maybe metal detectors because walking into a school full of high school students and not knowing who walks in (and) what they’re going to do or how they are going to react — I would definitely, for sure, put metal detectors in the schools.

» Cox: I think counseling would be a good thing for people that might have issues like that. Even if they don’t want to talk, just say we’re just here to talk — not necessarily about your issue but just about your day-to-day life. Just having a friendly talk because people actually have serious issues like mental illness and stuff.

» Wyke : I think it would help if we had more (counseling) — have the teachers and stuff get closer with students.

» Jones: Maybe, be more willing to talk to the teachers and counselors — be more open to talk about your feelings and not have everyone be so close-minded.

» Beaver: Me and my friend talk about it quite a bit and everything because school shootings have happened too much this year as it is. But we were saying each student could have a key pass. Or, at the middle school now, you walk in the first door and they have a little intercom. You have to say your name and why you’re there, and then you get let into the building.

4. How would you feel about teachers being armed in school?

» Money: For sure. I would definitely let a teacher carry a gun just because my first instinct in a lockdown situation is to run. I really wouldn’t want to stay in a classroom with a teacher or with an adult that doesn’t have a weapon. You don’t know what you’re going to get into. So me personally, yes I would love for a teacher to carry a gun just because that makes me feel more at risk of staying alive, for one, because you never know what’s going to happen in a lockdown situation.

» Ramsey: I don’t think that that’s necessary. I don’t think that teachers need to be armed. I think that in itself could be a problem because if people want people to die, they’re going to do what it takes — whether that (means) going to school to be a teacher. There’s a lot of planning that would come with it. But I don’t think teachers should have a rifle or anything on them in school. I think school is where we should come to feel safe, and I think it’s important for a student’s education to feel more valuable and a higher priority than any person buying a gun. It’s just more valuable. Education is more valuable than a person buying a gun. It just is.

» Cox: I think it’s smart to have people on campus with weapons because as long as they’re using it for the right reason, it’s a good source of protection. And I feel like if we don’t have weapons, people might find out about that, and that’s exactly where they’re going to probably go most of the time.

» Wyke: I agree. I think everybody should be able to protect themselves.

» Jones: I don’t know because it just depends on the person, but having a gun on campus — I don’t know if that will help.

» Beaver: I am perfectly OK with that because if somebody is trying to come in there and shoot me, I want someone to be in there to shoot them because my life is being threatened. So I feel it should only be fair if I have a way to protect myself and threaten their life, as well. What am I going to do when someone is holding a gun against your head and you have no way to protect yourself?