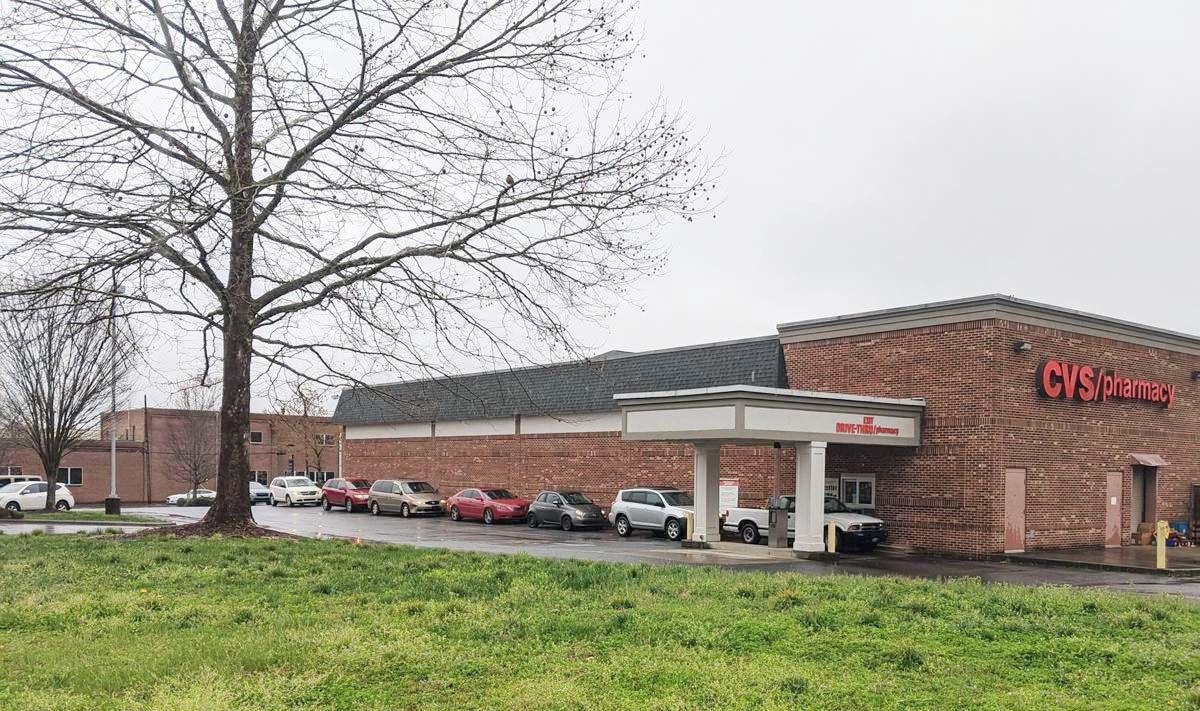 Customers wait in line at the drive-thru for CVS pharmacy on Tuesday.

Customers wait in line at the drive-thru for CVS pharmacy on Tuesday.

In the midst of the coronavirus (COVID-19) pandemic, local grocery store managers are witnessing people flocking to their stores and stockpiling on items in a practice known as “panic buying.”

These managers insist that this desperate tactic is both unnecessary and counterproductive. As a result, local stores are implementing measures to curb this panic buying and offer more access to those customers who are most vulnerable during this pandemic, such as the elderly and the immunocompromised.

According to ALDI store manager Billy Evans, ALDI’s food distributors warned its stores to anticipate receiving less supplies as a result of the anxious buying habits of customers.

“They told us to expect limited supply right now just because everybody’s ‘panic buying,’” Evans said. “Then, it takes our suppliers a while to try to catch back up.”

“We’re getting a truck in every day,” Evans said. “We normally carry seven or eight different kinds of toilet paper. We’re not getting every single one in every day, but we’re getting something in each day. But there again, everybody’s panic buying, so we’ve had to limit quantities because we have people trying to roll out of here with all of our toilet paper.”

Evans said ALDI is limiting each customer to two packages of toilet paper.

Evans said ALDI is now opening up a half hour earlier, at 8:30 a.m. rather than 9 a.m. The store is dedicating the first hour of its sales to folks who will have a more difficult time accessing food, including mothers, the elderly and customers who have compromised immune systems.

The East Fleming Drive Walgreens is opening up an hour earlier — at 8 a.m. — on Tuesdays to serve its elderly population, according to store manager Andrew Ballard.

Similarly, the Morganton Ingles has allotted 7-8 a.m. on Tuesdays and Wednesdays to serve its compromised customers, according to store co-manager Gary Weiler.

Ingles is imposing household limits on “just about everything,” Weiler said, include milk, eggs, bread, paper and sanitizing products.”

Still, stores are running out of items, even with these rations in place.

“We’re definitely in a pinch,” Evans said. “Normally, I’m loaded out. There for a while, everybody was terrified that (the government) was going to lock down the streets and nobody’s going to have food for a month.”

However, Evans said the panic buying at ALDI has dissipated since last week.

“We’ve already started to see it calm down, though,” he said. “Hence, we’re able to have a lot more on our shelves.”

Many managers agreed that panic buying is unnecessary because it comes from misinformation.

“As far as being completely out and not able to get things, we are not running out of anything,” Evans said. “We haven’t had any of that. I mean, we’re getting a truck in every day.”

In fact, Weiler said the only thing preventing stores from being able to provide a steady source of food supplies is the senseless panic buying itself.

“We have not received any indications from our food distributors that our supplies will be drying up soon,” Weiler said. “As far as I know, if everyone across the country would stop panic buying, we’ll be able to catch up pretty quickly.”

On Tuesday, The News Herald spoke with shoppers around town. Their responses were mixed.

Though Causby had 5 one-gallon jugs of water in her cart, she said she wasn’t making any precautionary purchases.

Others, like ALDI shoppers Todd and Paula Smith, were stocking up on food for those at home.

The Smiths have two children, an eighth and 12th grader. Paula said her 12th grader, a senior softball player at Draughn High School, is “getting a little stir crazy” as she is forced to stay at home.

“She’s a social butterfly,” Paula said. “She likes to go do things.”