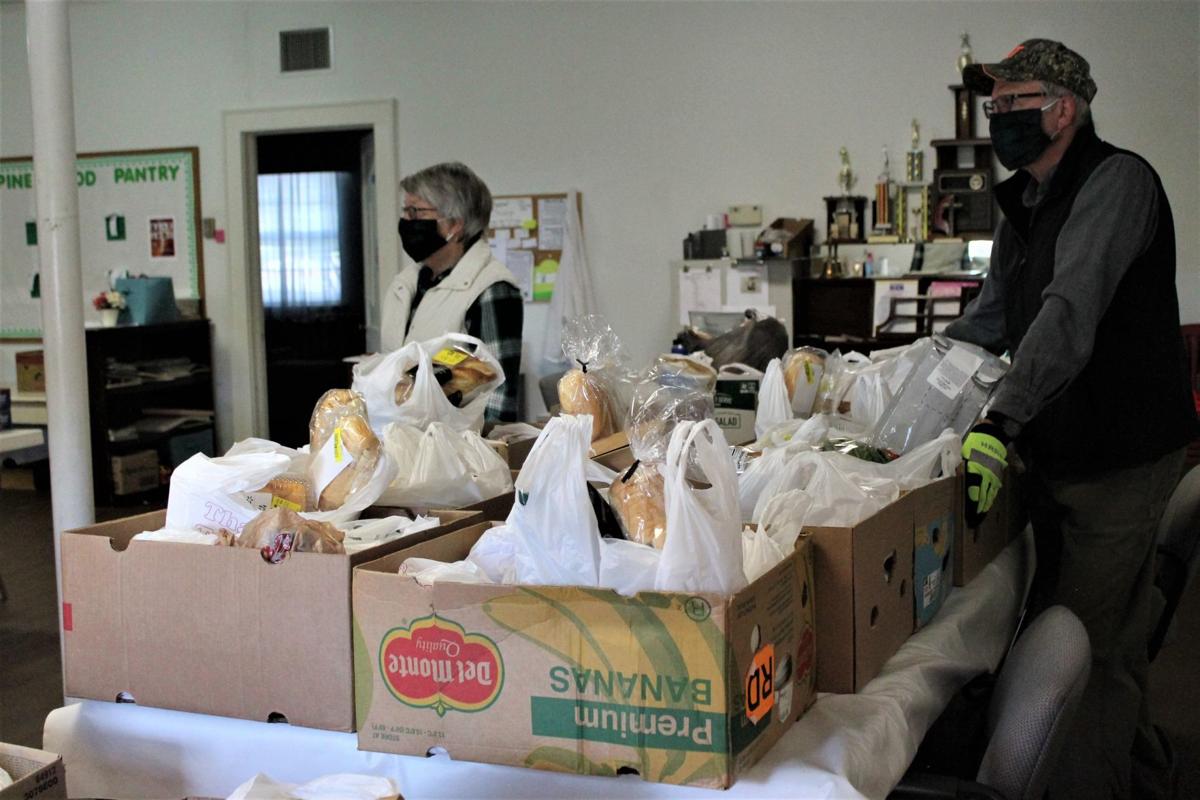 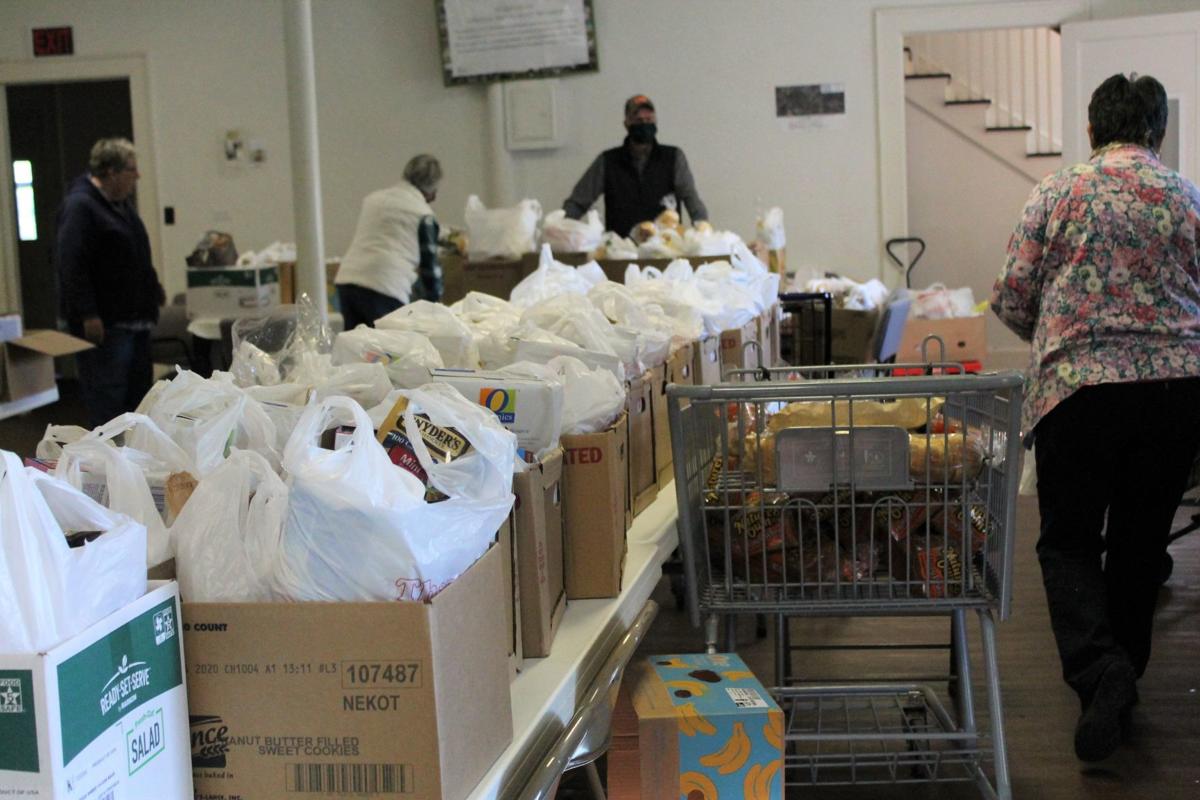 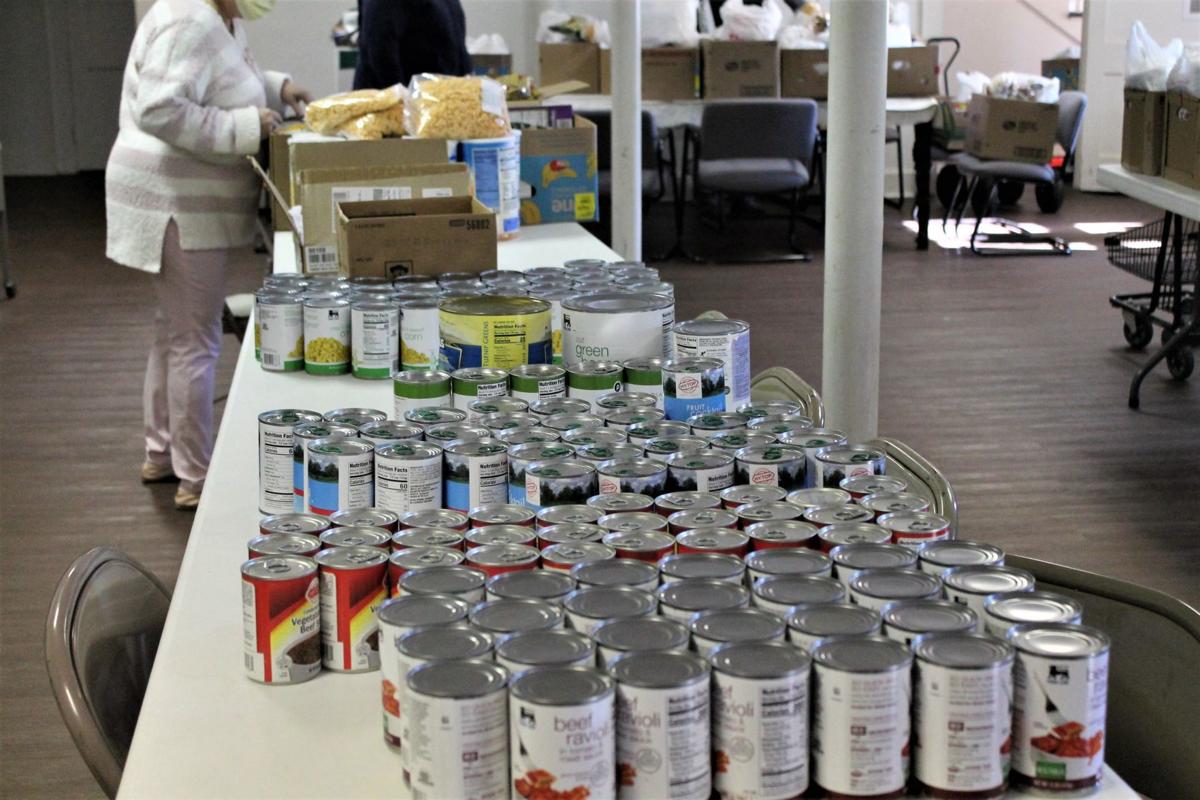 Volunteers with the Glen Alpine Food Pantry organize canned goods to put into boxes for those in need.

Volunteers with the Glen Alpine Food Pantry organize canned goods to put into boxes for those in need.

The Glen Alpine Food Pantry celebrated three years of serving the people of western Burke County on Friday, May 1.

Members of several of the participating churches began to notice a need for a food pantry in the western part of the county, according to the organization’s director, Linda Schmickle. She explained that while there are several community organizations serving Morganton and eastern Burke County, there are many people in the western part of the county who lack transportation to be able to access those services.

“We still have several clients that walk to the food pantry every week,” Schmickle said. “Even now that the transportation system has been revamped, we still don’t have any kind of transportation that comes to Glen Alpine on a regular basis.”

The food pantry’s emphasis is on Glen Alpine and western Burke County, but that doesn’t mean anyone is turned away.

“Anybody can come here and get food from us,” Schmickle said.

Members from several Glen Alpine-area churches began the process of creating the pantry in January 2017. They conducted a series of organizational meetings, drew up a set of bylaws, created the first board made of up one member from each participating church and conducted the first food drive to stock the shelves. The food pantry opened to the public on May 1, 2017.

Since that time, the ministry has seen consistent significant growth each year. In the 2019-20 fiscal year, which ended on April 30, they served more than 1,000 people from 446 households. In all, more than 71,000 pounds of food have been distributed to needy families over the past 12 months.

The Glen Alpine Food Pantry receives much of its food through the Second Harvest Food Bank of Metrolina. Donations from community members and participating churches also are critical to the organization’s success, according to Schmickle. Donations help cover the maintenance fees for their participation in the food bank, as well as providing fresh food to go with the nonperishable items that come from Second Harvest.

“We use the donations to buy perishable items like milk, eggs, potatoes, apples, and other things like that,” she said. “Until recently, everyone who came in left with at least a gallon of milk and a dozen eggs.”

In recent weeks, due to shortages associated with the COVID-19 crisis, the pantry had trouble finding enough fresh food at local grocery stores for everyone. In addition to shortages, Schmickle also reported that they are seeing a significant increase in the number of families coming to them for help.

“Our numbers are up considerably,” she said. “In March, we saw a 54 percent increase compared with last year, and we anticipate the final numbers from April will show an even bigger increase.”

In addition to limited resources and increased demand, Schmickle also said that staffers are learning to navigate social distancing measures recommended by the CDC.

“Until recently, we had a grocery-store atmosphere,” she said. “Each client can shop for the things their family will use.”

This approach worked well for them because it helps to restore a small amount of dignity to clients and cuts down on waste. Recently, however, staffers have had to make significant adjustments.

“Right now, clients form a car line in the parking lot, and volunteers bring out pre-bagged groceries,” Schmickle said. “We want to go back to the shopping method as soon as possible. Our clients prefer it, and it cuts down on so much waste.”

The Glen Alpine Food Pantry is open Tuesdays from 6-8 p.m., Thursdays from 10 a.m. to noon, and Fridays from noon to 2 p.m. It is located at Glen Alpine United Methodist Church at 410 Linville St., Glen Alpine. The pantry is always in need of donations and volunteers, according to Schmickle, especially now as it works to combat the economic impacts of COVID-19.

To donate or volunteer, call any of the participating churches or contact the pantry directly through its Facebook page, “Glen Alpine Food Pantry.”