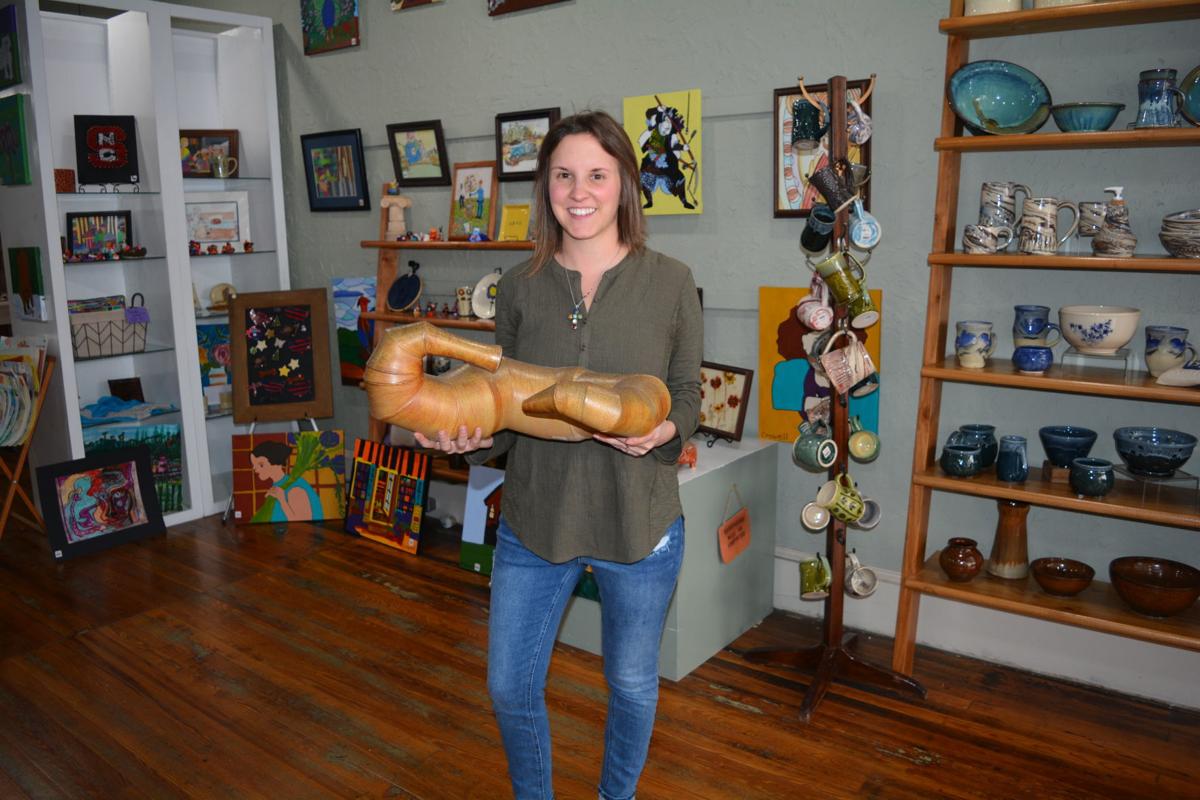 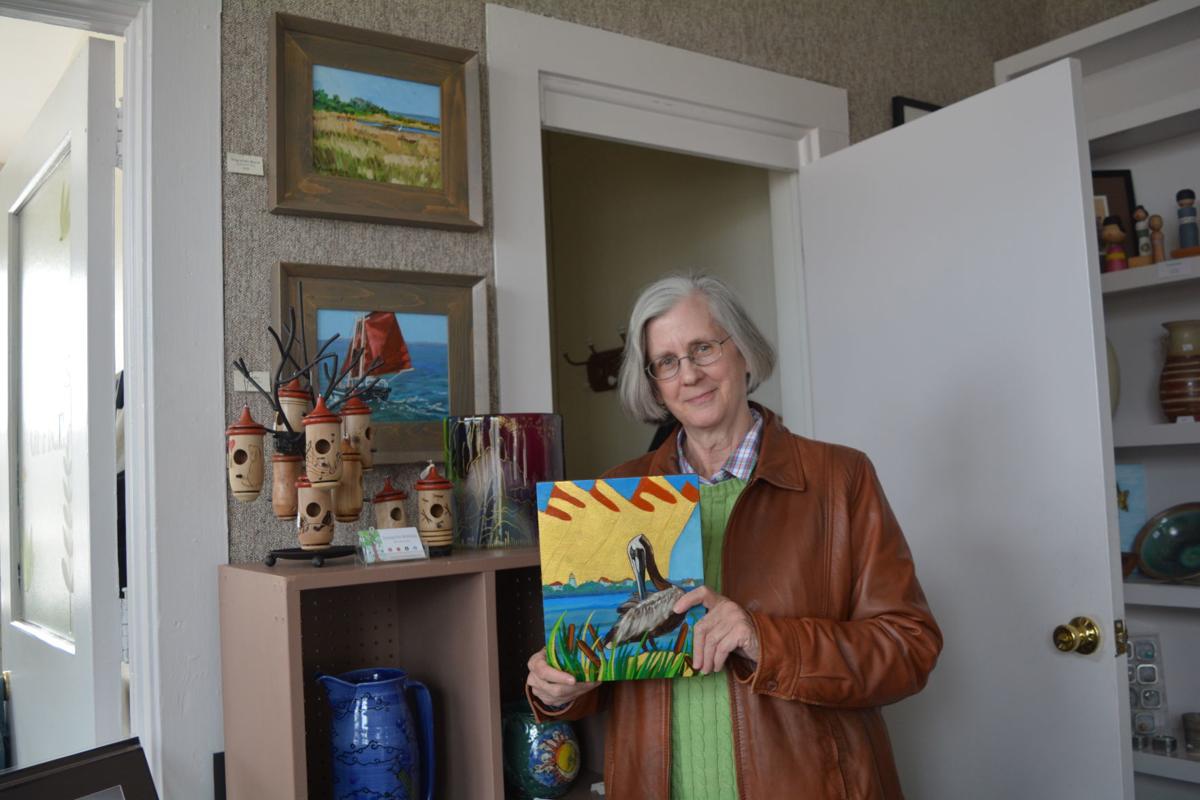 Local painter Eugenie Fein holds one of her paintings while standing by two others hanging on the wall at the Burke Arts Council. 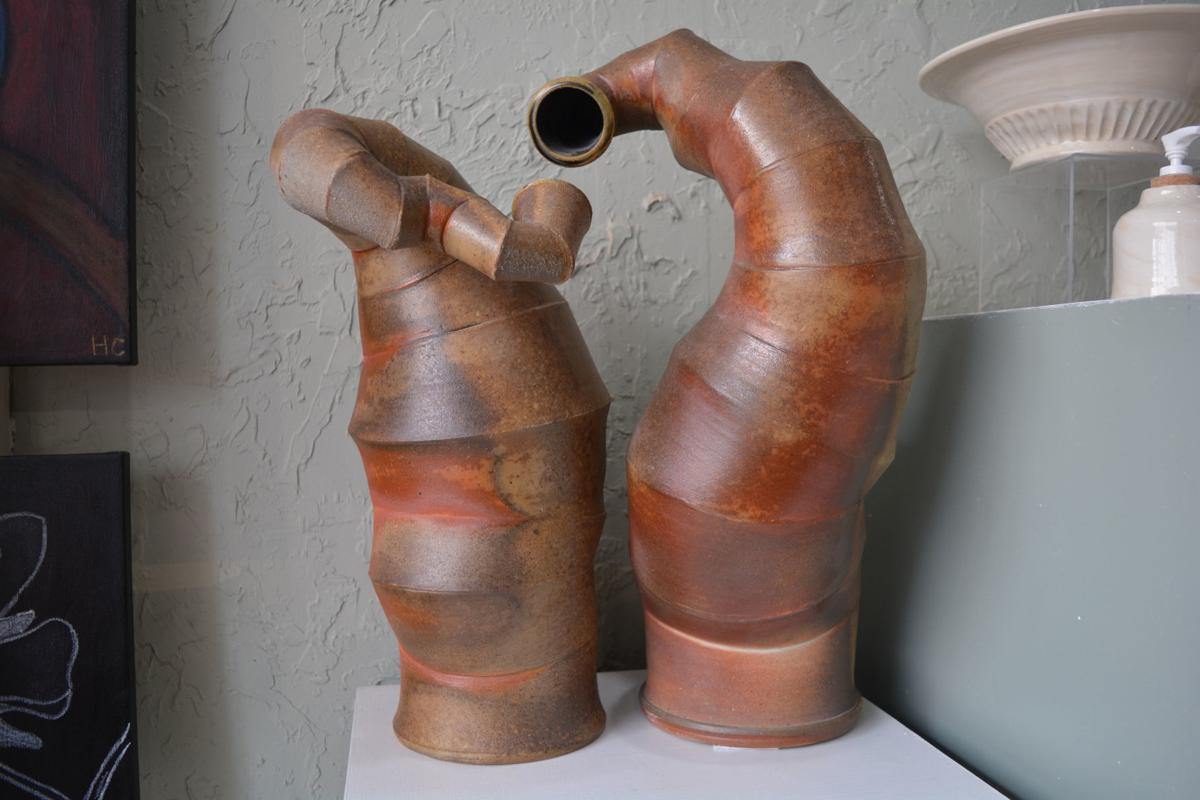 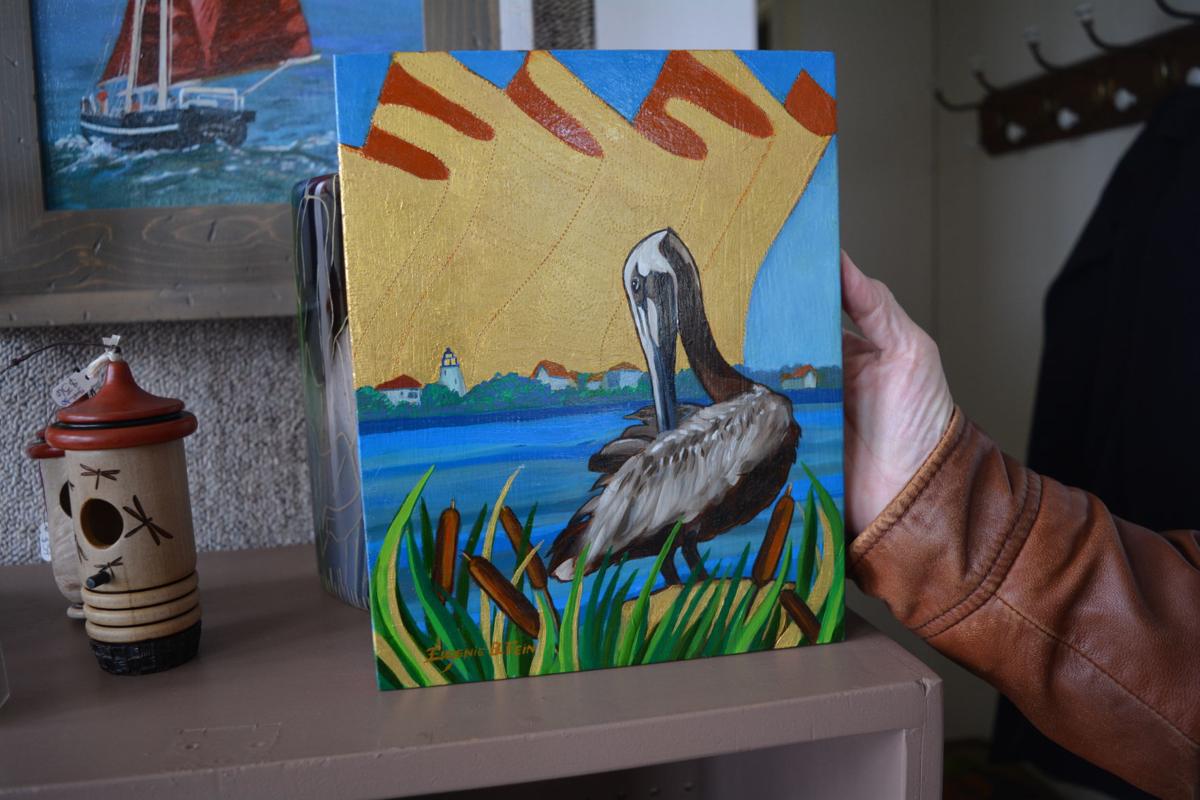 Local painter Eugenie Fein holds one of her paintings while standing by two others hanging on the wall at the Burke Arts Council.

We were working on our craft projects at the Needlework in the Morning program at the Morganton library when Elsie Bartlett looked up from her knitting and asked, “Can you name five famous female artists?”

We were stumped after the few obvious examples, such as Georgia O’Keeffe and Frida Kahlo. Elsie said she was inspired to ask the question after listening to a National Public Radio podcast on gender bias in the art world.

I found the subject intriguing since March is Women’s History Month. Elsie sent me a link to the podcast.

The hosts of “The Indicator from Planet Money” show noted that 87 percent of art displayed in museums around the world was created by men. They talked about Joan Mitchell (1925-92), a painter well-known in the art world but unfamiliar to most others. The hosts lamented that although Mitchell’s art was critically acclaimed and exhibited with the work of the greatest male artists of her time, it only sold for a fraction of the price.

This led to a discussion about misconceptions of women’s art, mainly that women’s art is not as good as men’s, and that female artists do not have a style that appeals to men.

Even more curious, I asked two local female artists if this had been their experience.

Eugenie Fein is a figurative painter who uses intense colors to bring a bit of abstraction into her scenes. Her work has been exhibited at the Burke Arts Council and many art shows.

“I am probably unusual in this day and age,” Fein said. “I see myself as an artist who happens to be a woman. I don’t see myself (as) a ‘woman artist,’ as though my art is defined by my sex.”

She wasn’t surprised by the podcast’s findings.

“Of course, museums mainly represent men artists — look at history,” Fein said. “Why were men artists more prolific than women artists? They had wives — or mistresses, or housekeepers — to take care of the day-to-day stuff, so they stayed focused on production and sales. Even today, it’s generally the women in families who take care of their households (and) are the caregivers when parents get ill. Is it unfair? Probably, but it’s a fruitless discussion. Just get on with life and produce as much art as you can in the best way that you can.”

Molly Mackay creates wheel-thrown and hand-built functional and sculptural ceramics at West Union Art Studios, which she owns jointly with her husband. She said her work is inspired by her faith, the figure and human interactions. She focused on the inroads she has seen female artists make.

“Graduating from Appalachian State University eight years ago, the art department at that time was largely female,” Mackay said. “I started out doing wood-fired pottery, and that area was more male-dominated, probably because of the intense labor that goes along with that process. Recently, there are more women wood-firing their art and getting recognition for it. Within the past couple of years, I believe the ceramic community has put an emphasis on female makers and putting them in places of recognition.”

She explained how technology is helping women move toward equality in professional art.

“Social media has played a big part in how artists can sell themselves now, versus having to go through a gallery or museum,” Mackay said. “It has broken down the barrier for trained artists that usually are the ones who get the recognition in major galleries, versus self-taught artists who for years weren’t viewed as real artists. I haven’t noticed that the price of one ceramic artist’s work is higher than another based on gender, but is based more on the amount of experience or social media followers and the need/want for a piece. With my husband being an artist as well, I don’t feel I would have to price my work at a lower value than his for it to sell.”

They both had thoughts about how galleries and museums, as well as female artists themselves, can continue the trend of equal representation.

“The prices of art shouldn’t vary based on gender,” Mackay said. “They need to take into consideration the skill, experience level, material and time put into the piece when it’s priced and for what it is sold.”

Working on your craft is key.

“The best way to overcome bias is to prove your worth. As anyone in any business knows, that means proving your worth every day and never assuming people can see it. I can’t change people’s minds by arguing against their prejudices, but I can change and tweak my work habits to create the best quality pieces possible.”

I asked Fein and Mackay if there were female artists they looked to for inspiration. Fein mentioned Mary Cassatt, an American Impressionist; Anna Hyatt Huntington, a sculptress; and Helen Frankenthaler, an American abstract expressionist. Mackay cited many of her female instructors at ASU as a source of inspiration and support.

When asked what legacy they would like to leave the art world, Fein simply said, “Joy.” Mackay focused on thoughtfulness.

“I would hope my art would resonate with people and help them think about their own lives, their actions and how that affects their relationships with others, even if it’s reminding them of a fun group of friends or the one person they could have treated better,” Mackay said.

They shared wisdom for female artists just starting their careers.

“I would encourage young female artists to stand their ground and be confident for what they believe in and the art they create,” Mackay said. “Keep an open mind as to how you can better the work you make, but stay true to yourself when approaching galleries and buyers. Not everyone will like the work you create, but that does not devalue it or you. Work hard, but take care of your body so you can keep making as long as you can.”

Fein said to focus on production.

“Don’t try to make everything a masterpiece; just make art,” she said. “Keep sketchbooks around the house and in your car to jot down ideas for pieces or make sketches. Work every day, even if you work another job or are in school. Just as musicians have to practice hours to get any good, so should you.

“Stay curious, not only about art, but life. Be curious about others. Get to know other people. Listen! And remember what they said. Read broadly — novels, classics, histories, plays. The knowledge will undergird your work. We all start out ignorant and boring, but life is too rich, too wonderful, to stay that way.”

Tammie Gercken a member of the Morganton Writers Group. She can be reached at tgercken@morganton.com.

For more information on Molly Mackay and West Union Art Studios, visit westunionartstudiosllc.com or contact 828-403-4148. The studio is located at 113 W. Union St. in Morganton.