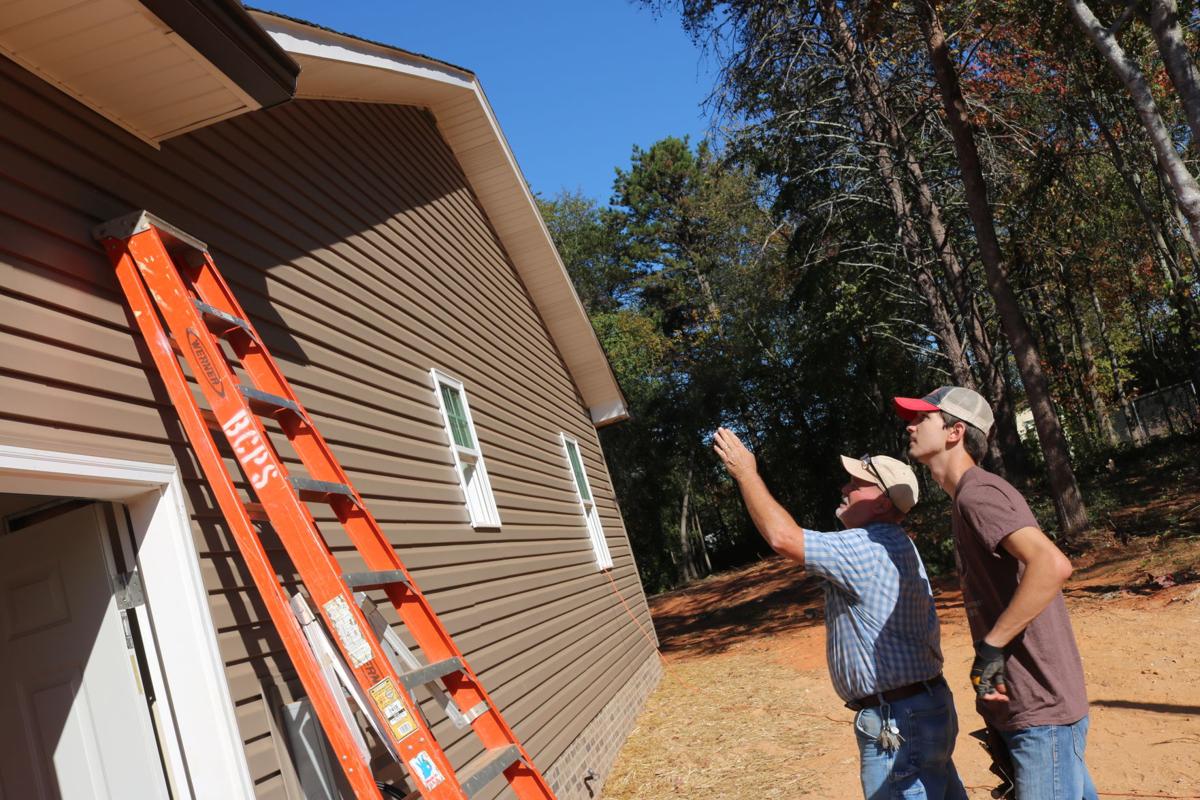 Abernethy talks with a student about the siding they put on the house. 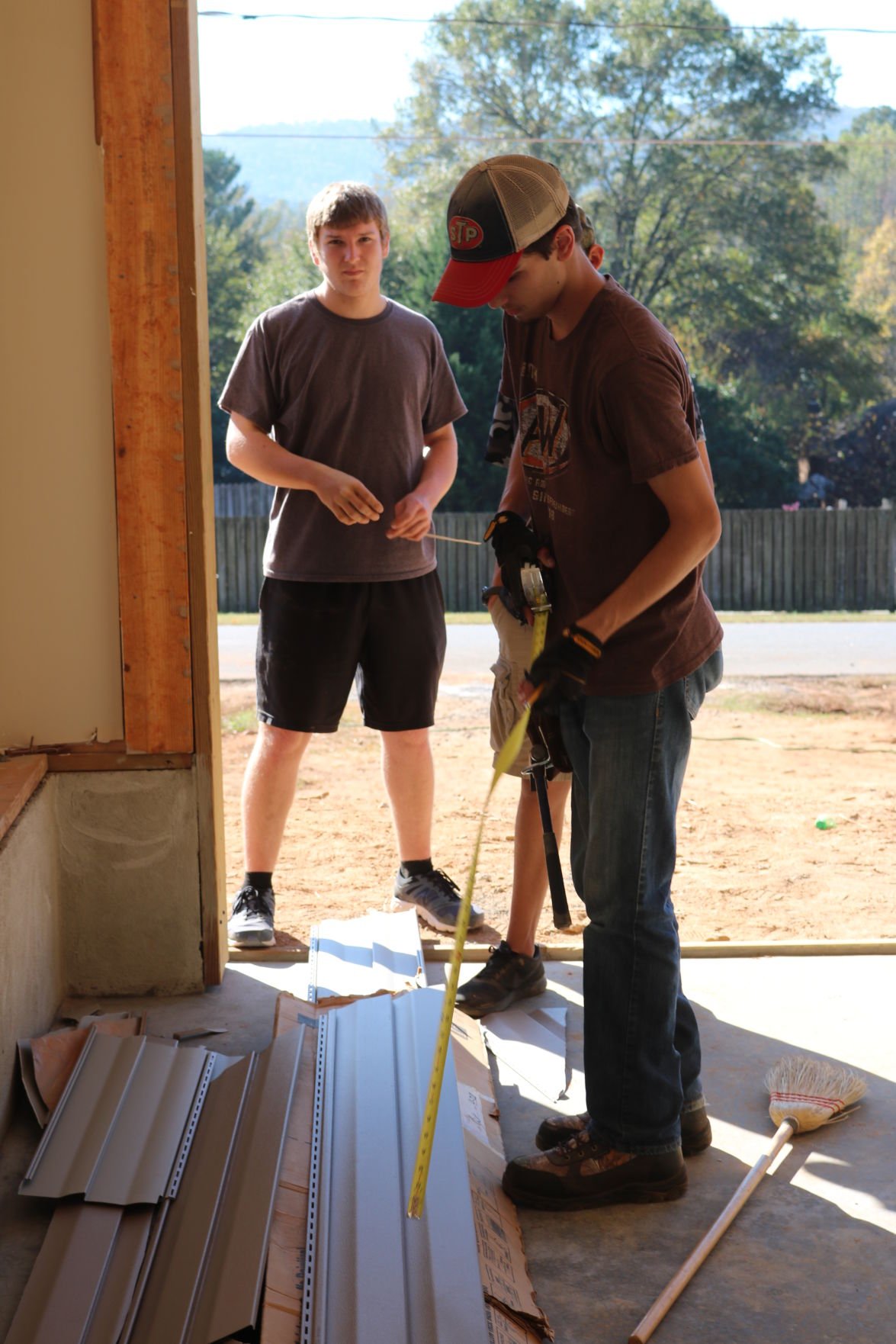 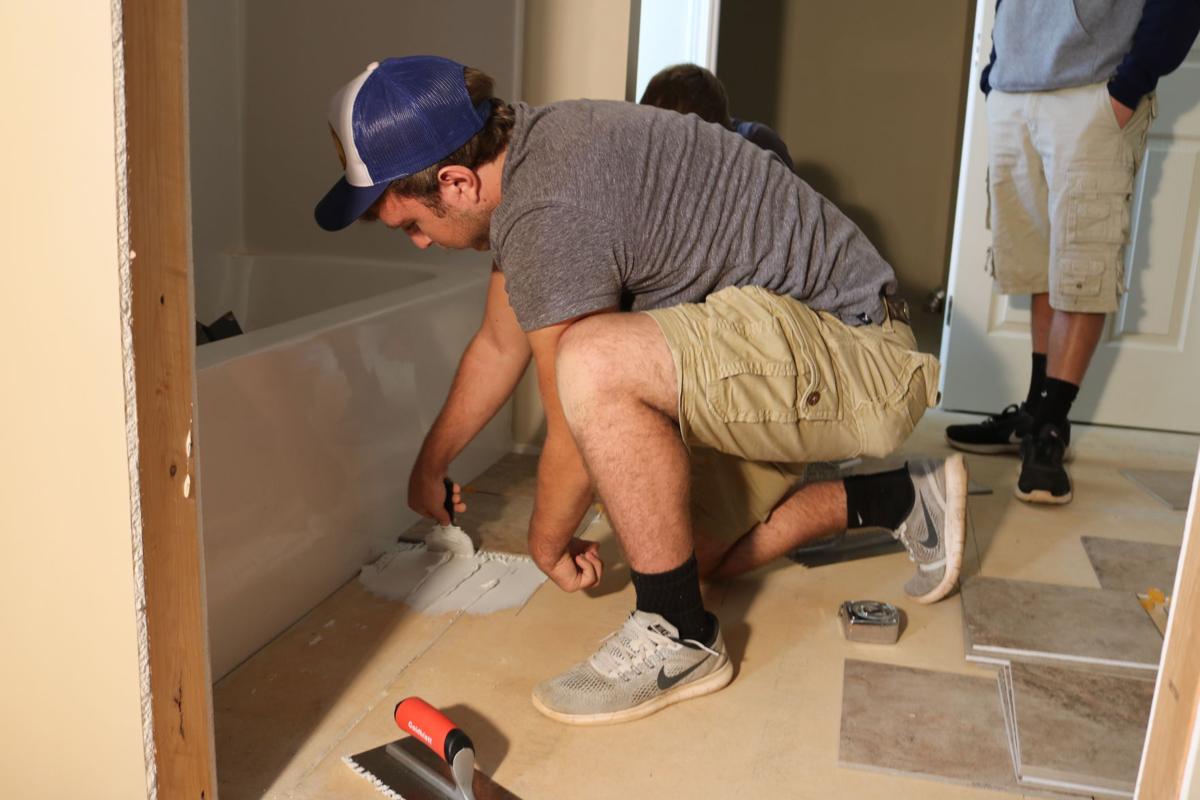 An East Burke High School student learns how to lay tile down for one of the bathrooms in the house. 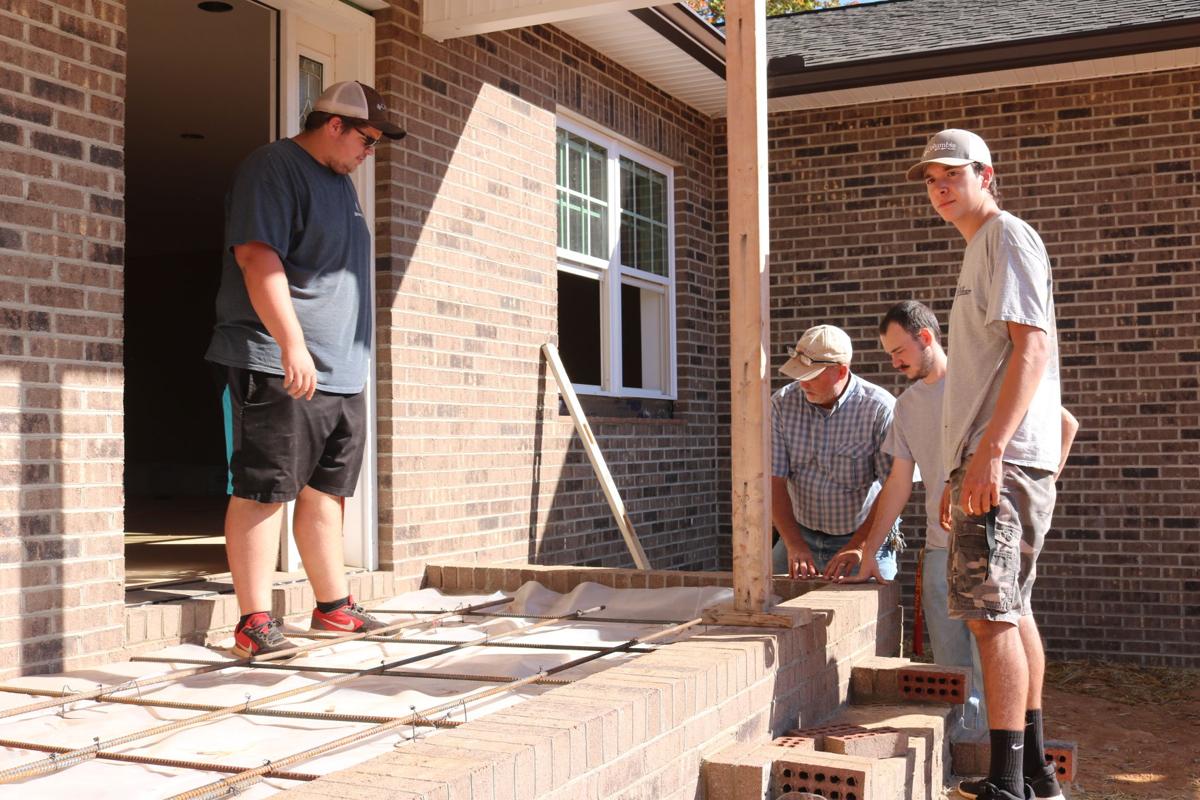 Students observe and discuss how they will pour cement onto the porch area. 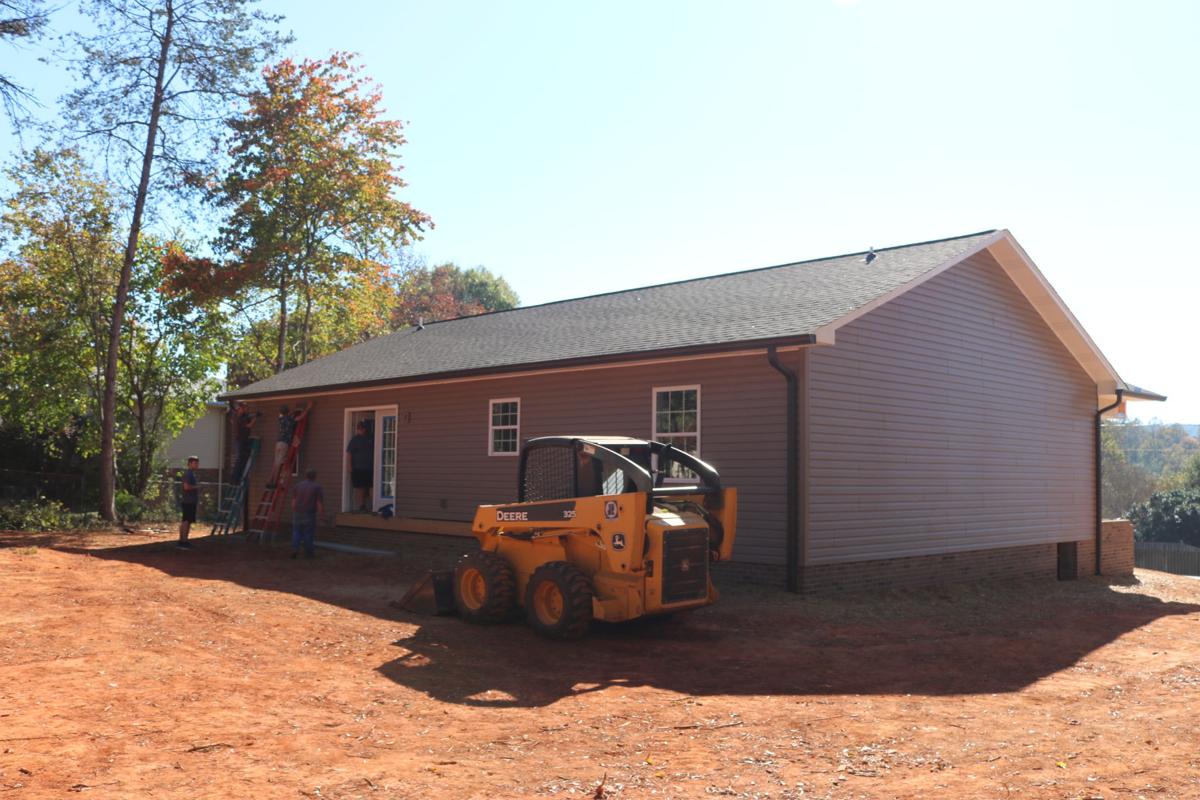 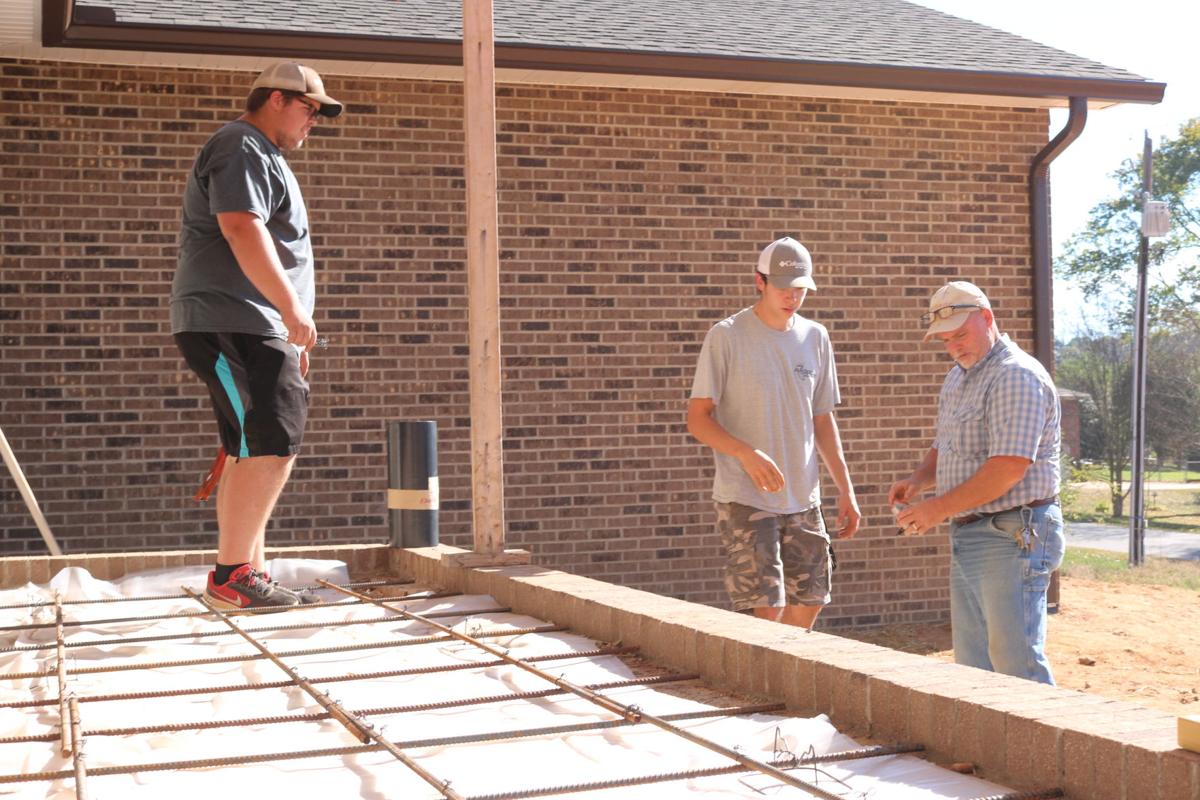 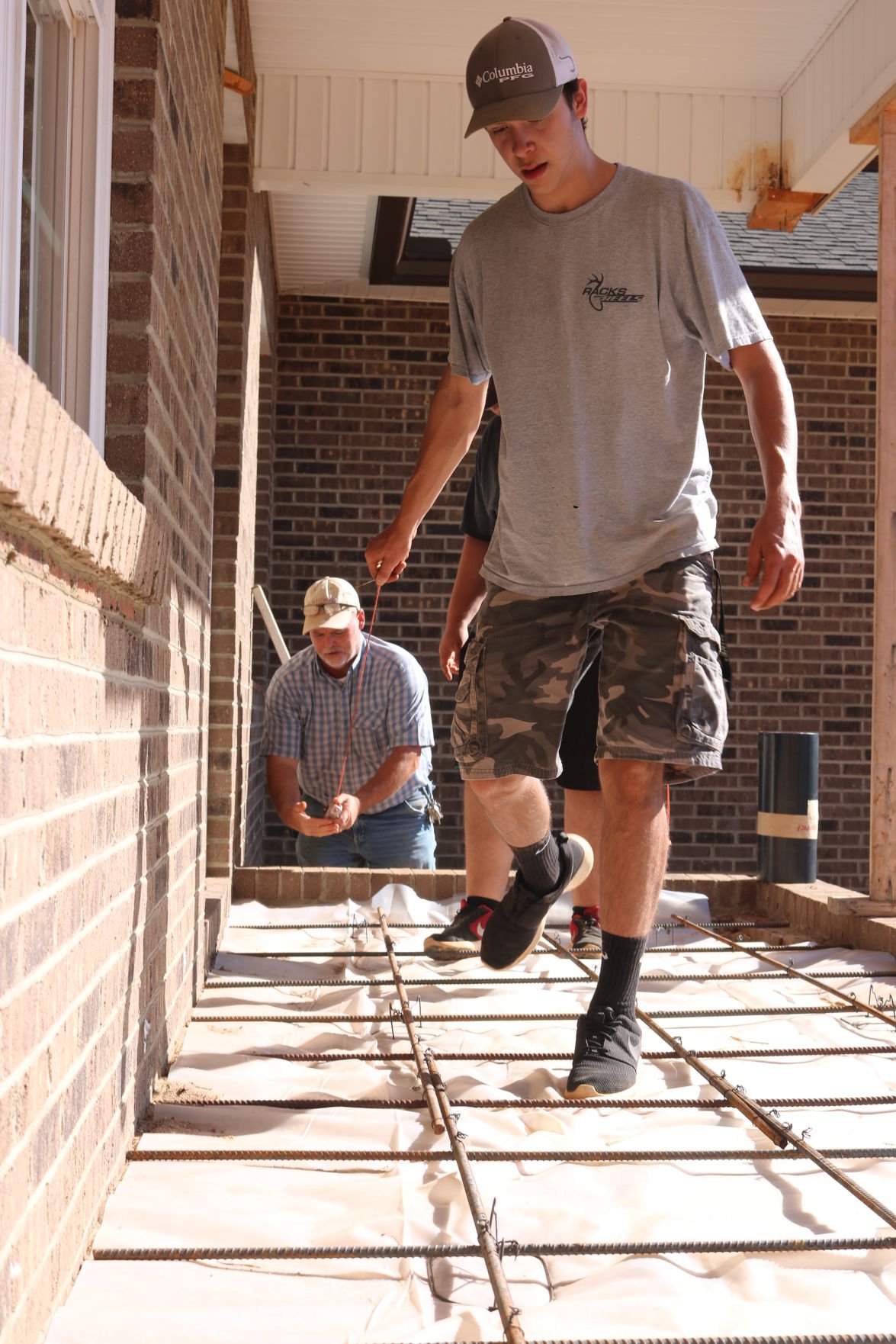 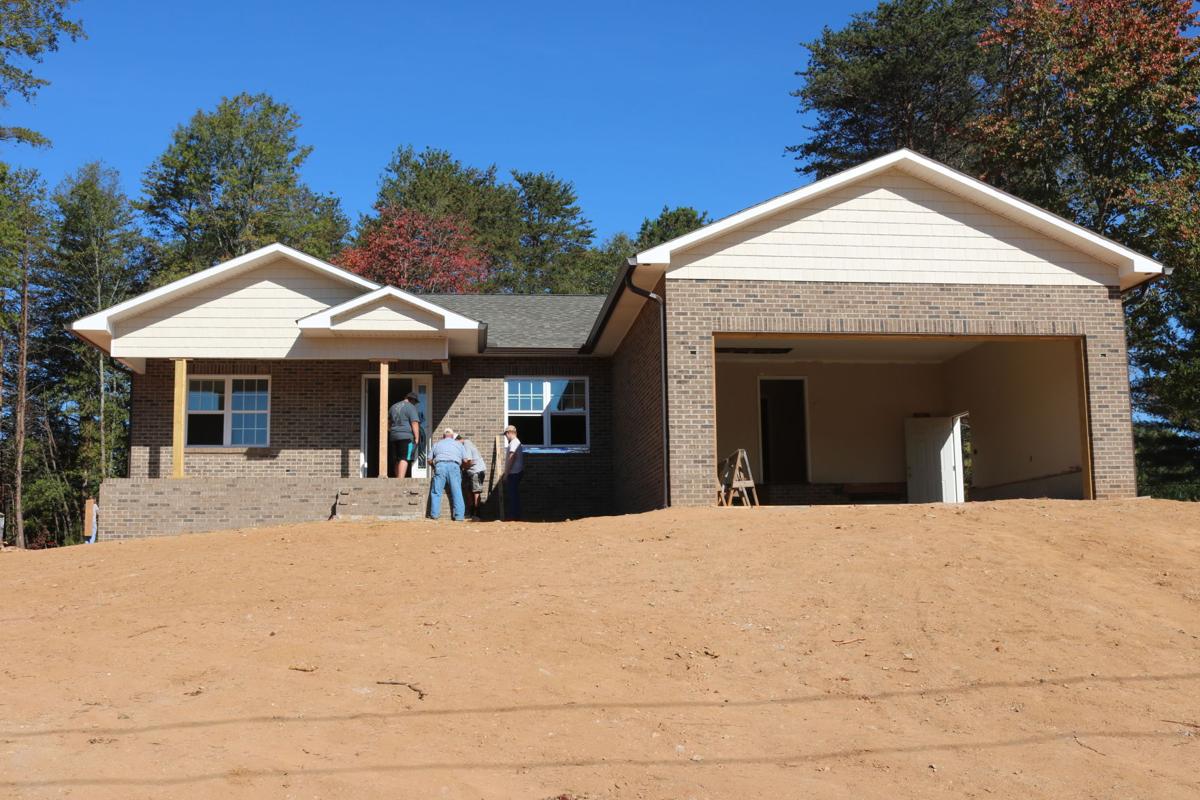 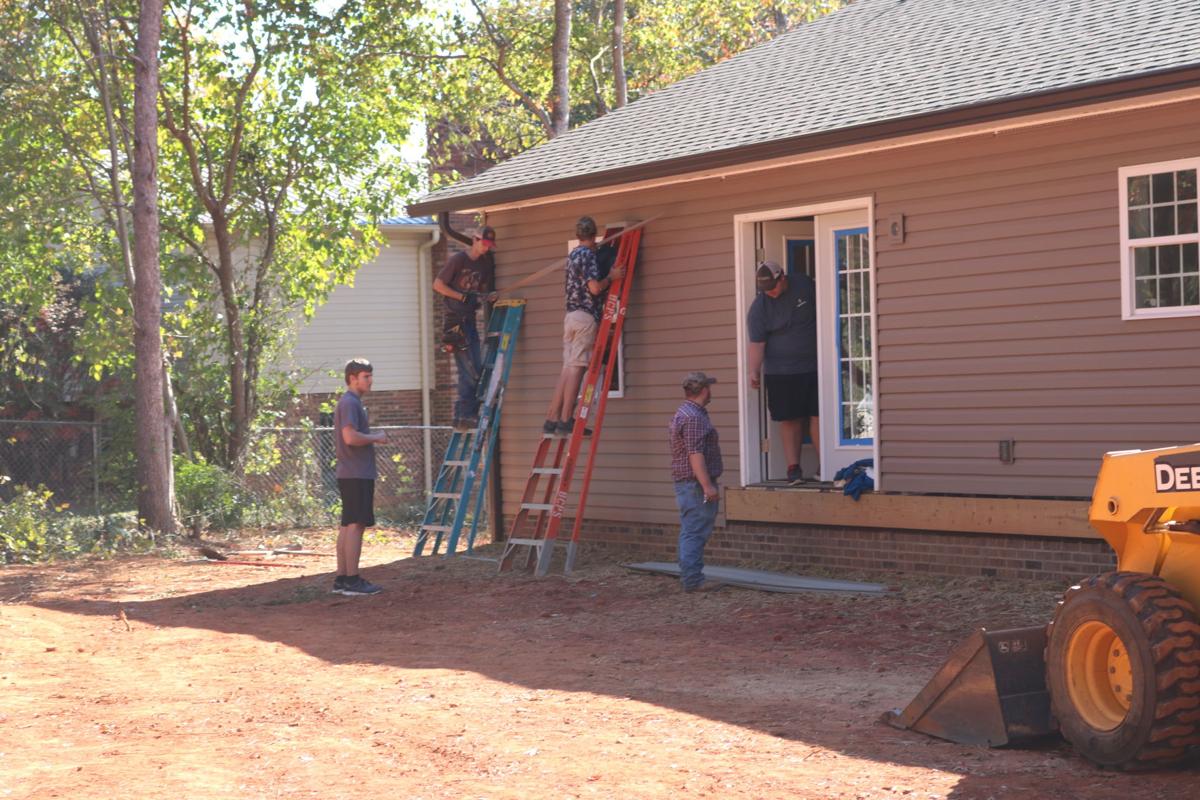 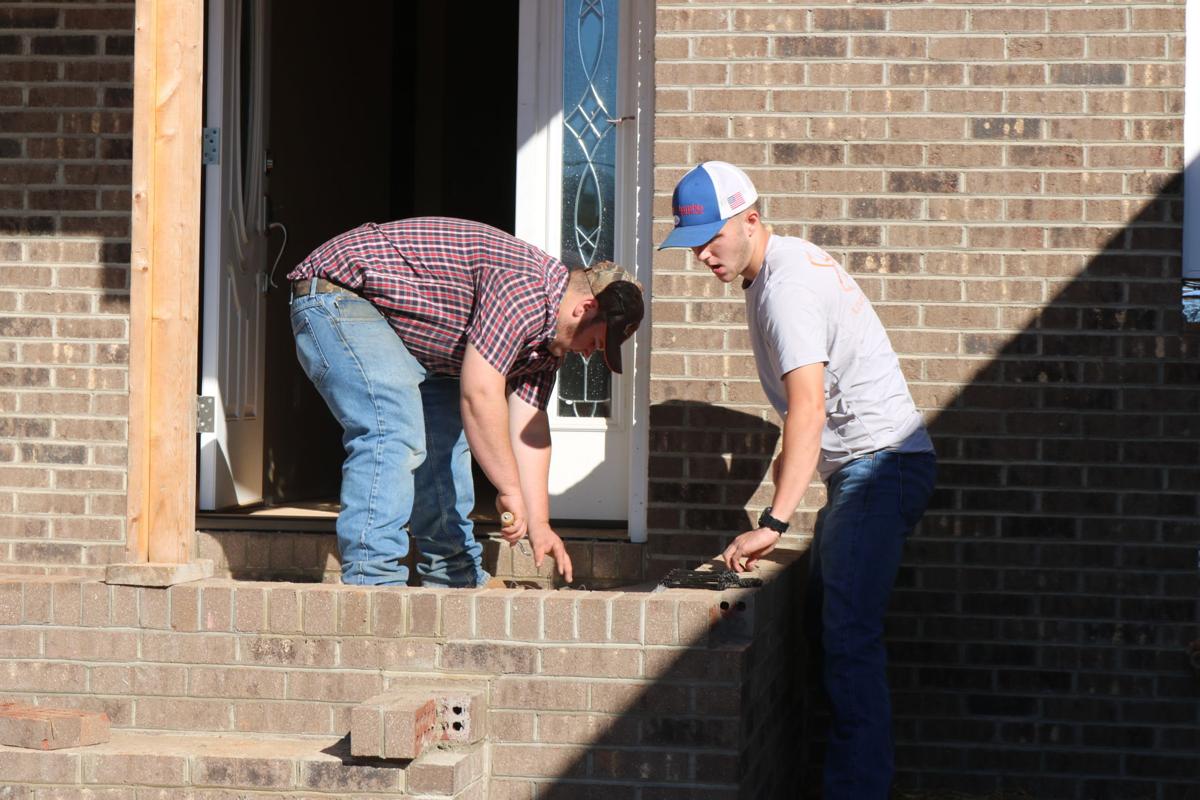 Abernethy talks with a student about the siding they put on the house.

An East Burke High School student learns how to lay tile down for one of the bathrooms in the house.

Students observe and discuss how they will pour cement onto the porch area.

Usually a high school classroom is filled with desks, a whiteboard, bookcases and a few computers, but for some carpentry and masonry students at East Burke, Draughn, Freedom, and Patton high school s it is filled with hammers, nails, siding, measuring tapes, wood, drywall, tiles and much more.

On Friday morning, several students from EBHS traveled over to Locust Street in Rutherford College to a project they have been working on for more than a year. Instructors Bruce Abernethy and Tommy Blanton took their two classes averaging 25 students each to the construction site of a 1,665 - square - foot house they are building.

The school system started building houses off and on with their masonry and carpentry classes in 1994 or 1995, Abernethy said.

“This will be house No. 5 ,” Abernethy said. “That is not counting all of the Habitat (for Humanity) houses we have built.”

Patton and Freedom high school s are also working on a house with their carpentry and masonry classes.

EBHS and DHS began the house in the fall of 2015 and have the goal to be done this upcoming February depending upon weather.

Abernethy wanted his students to be prepared for life after high school, so he went and talked with local employers about what they wanted in their employees.

The connections that both Abernethy and Blanton want to make within the working world and their classrooms are those characteristics that make a good employee including skills and good work ethic.

“We have come over here and worked for two hours at the most and it is hard for them to figure out you don’t usually get a break until you work three or four hours and they want to take a break sometime over here, but they are young adults and they will figure it out,” he said. “As long as we plant that seed in there they will know.”

When it came to building the house , the students were involved in most everything other than the skills that a license was required.

“First thing they learned was about preparing the lot … (as in) getting it cleared off and picking out the site to lay the house,” Abernethy said.

Then came to laying out the plan for the house, he said.

After the foundation, students learned how to frame the house to make its “shell . ” After that , students were involved with a slew of other skills required to making the house.

Even students in design classes were brought in help with the color schemes throughout the house, Blanton said.

“They are exposed to the subcontractors , too,” said Randy Burns, chairman of the Burke County Board of Education. “They understand what it means to hire a subcontractor to do the roof on the house or the plumbing or the electric.”

Some students in his classes may decide not to take the route to college after high school, so he hopes to prepare them for the workforce, Abernethy said.

“They may not be a bricklayer yet, but they could go out and get a job as a laborer helping the brick mason which will further their experience and learning,” Abernethy said. “This is the starting point.”

Burns mentioned that even the students who do choose to attend college will benefit from the classes.

“One day something is going to break at home or they will want to pour a concrete patio or lay a retaining wall and they won’t have to call somebody,” Burns said.

“I have had several students to go on to get their construction management degree and went on and sought that as a career, so it does happen," Abernethy said.

The house is property of the school system and all money made from selling the house will go back into the program to fund the next house project, Burns said.

“Some of the money has helped us buy equipment,” Abernethy added.

Abernethy and Blanton want to teach their students about making goals and being rewarded once those goals are met.

“Set your goals, obtain the goals and don’t make them too big,” Abernethy said of what he tells his students. “Every now and then when we reach a goal we will take them out for pizza ... they love that . ”

Abernethy said Burke County Public Schools has been very responsive and helpful toward the project and they are very appreciative.

“Whoever gets this house is going to be extremely fortunate,” Burns said.