BREAKING: NCSSM delays opening due to state budget impasse, will open in 2022 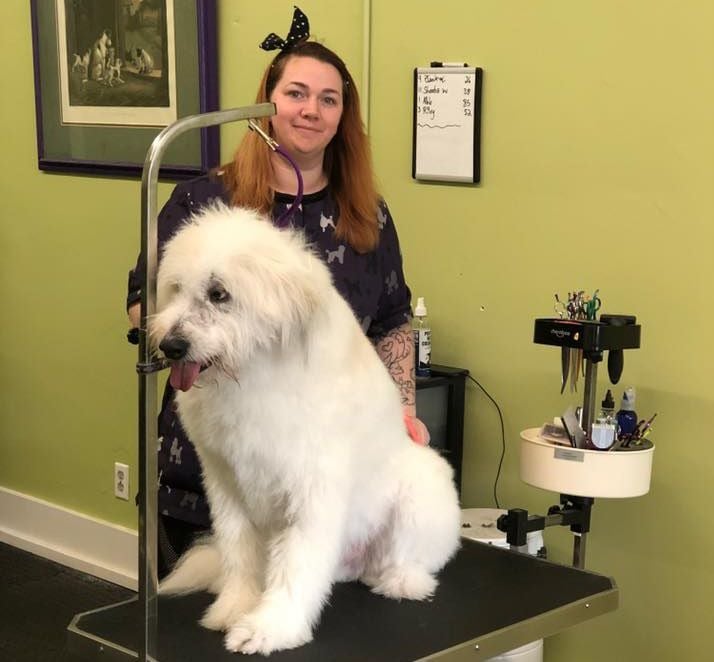 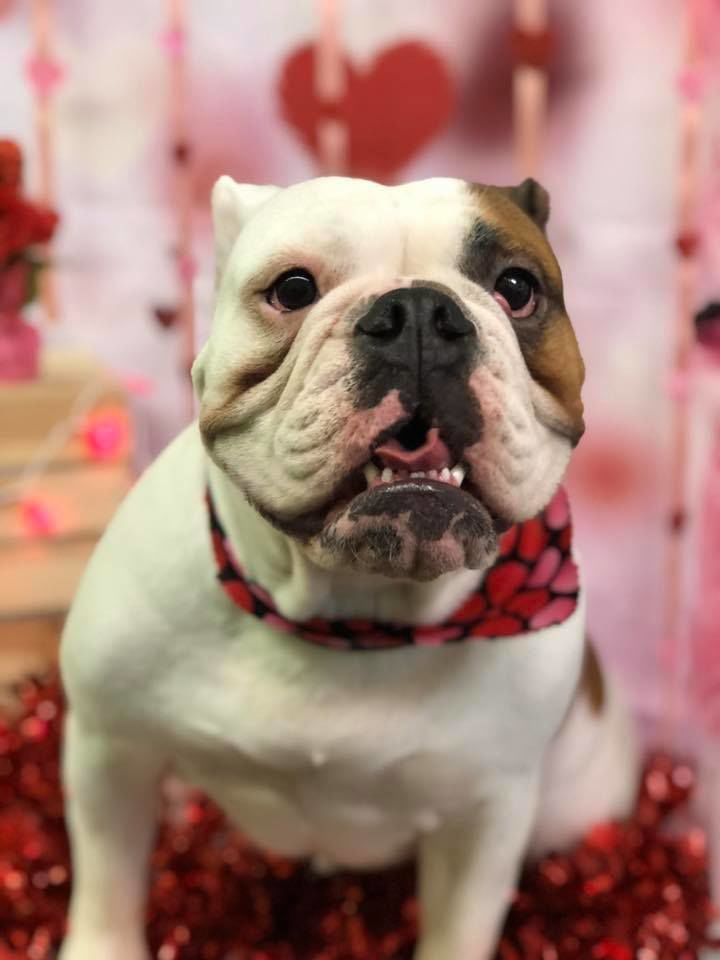 Uga the bulldog smiles for the camera during her Valentine's Day-themed photoshoot at Bark Side Pet Grooming in downtown Valdese.

Uga the bulldog smiles for the camera during her Valentine's Day-themed photoshoot at Bark Side Pet Grooming in downtown Valdese.

VALDESE — When Markie James was in college, she drew up a business plan for the pet grooming salon of her dreams.

A few tweaks to the plan and a little bit of time later, it’s here.

The Morganton native opened Bark Side Pet Grooming at 132 Main St. E. in downtown Valdese on Jan. 21. She’s got her own place after grooming pets professionally for more than 11 years, including running the business out of her basement as she worked to make her dream a reality.

“I didn’t think it would ever happen, so I decided to go to college while still grooming and got a degree. I finished a program at CVCC doing advertising and graphic design,” James said. “I did that full time for two years while still grooming, doing house calls and stuff. While I was still in college, I got asked to do the entrepreneurship team because I had an idea for a grooming salon.

“So, I actually did that and we wrote out a 32-page business plan with all the financials, logistics and everything. We had to go compete. We did state level, then we also did national level. We won gold at both. The national level was kind of like ‘Shark Tank,’ and I got sat down with the people who were doing the judging. They told me this was a very viable idea and that I should go for it.”

That inspired James to push forward and open her business grooming dogs and cats. The only changes to her plan were modifying it to fit Burke County instead of Asheville since she wanted to be in her home area to do business as she now lives in the Icard area.

“I actually love (downtown Valdese),” James said. “I had been open for a little over a year in the basement of my home, and I had to get special permits and things to be able to do that. It was in like 350 square feet. I built a whole salon in there and had a big client list going, so I knew I needed to make the jump.

“Main Street Valdese is definitely the place to be for foot traffic, exposure and to keep growing. I’m really liking it.”

James’ business has grown even more since opening downtown, and her bookings have gone from being full a week out to now being full two weeks out. A groomer who previously worked part-time with her has been bumped up to full-time work, and James hopes to eventually grow to have six groomers, according to her one-, five- and 10-year goals. If her business ever outgrows the new location, she said she’ll find a bigger spot in Valdese.

James, who says she’s the only registered member of the Dog Groomers Association of America within a 50-mile radius, has extensive training and knows breed-specific haircuts and cat-handling techniques, according to her Facebook page, and she focuses on using the safest methods and products possible on the pets who come through her door.

To call her an animal-lover would be an understatement, she said.

“I would prefer the company of animals versus humans any day.”

To make sure she keeps up her track record for safety and good service, James participates in continuing education every year. She goes to the Atlanta Pet Fair, where this year she will compete for the first time by taking part in two of the event’s various grooming competitions, and she plans to get certifications in pet CPR and first aid.

Her business was named the county’s favorite pet groomer for 2020 in Burke County Saver’s favorites contest.

To book an appointment with Bark Side Pet Grooming, call 828-391-9433. To learn more about the business and see photos of every pet’s post-grooming seasonal “photoshoot,” visit the salon’s Facebook page at facebook.com/barksidegrooming.