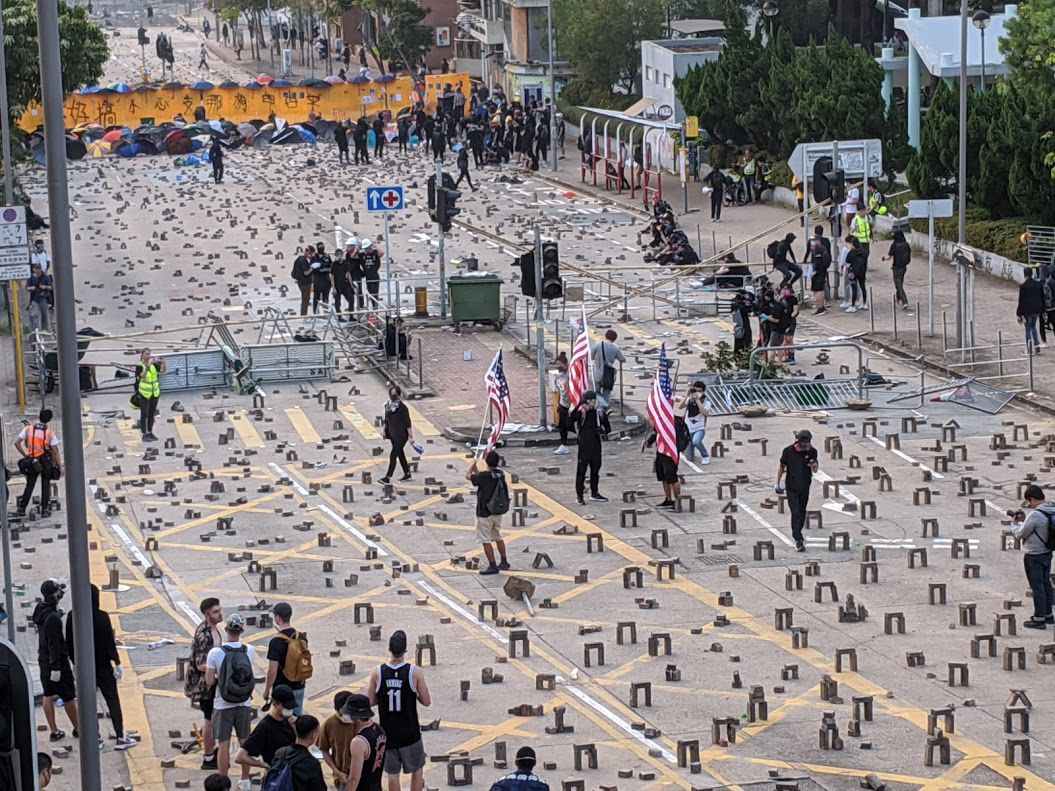 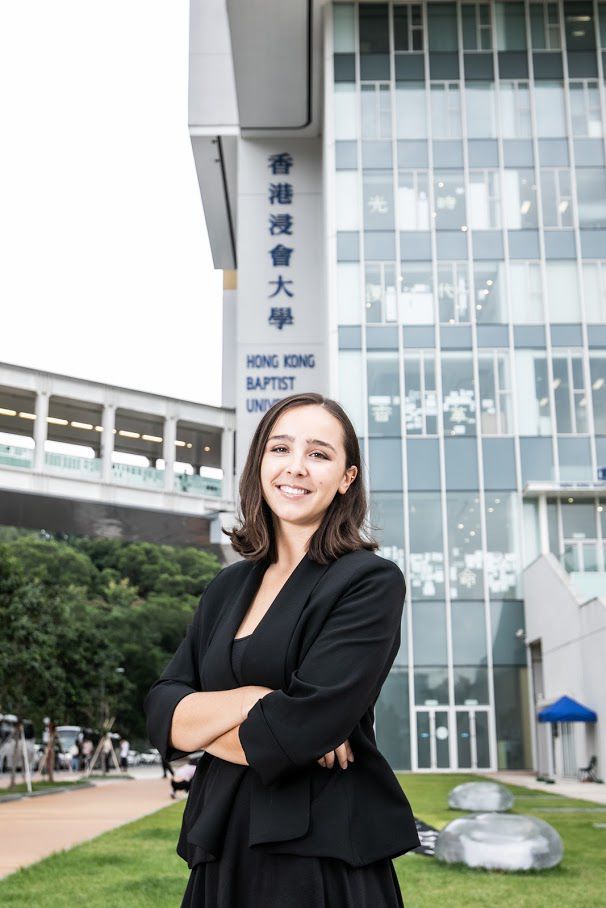 Kali Smith poses in front of Hong Kong Baptist University, where she is enrolled in a graduate program in applied economics. 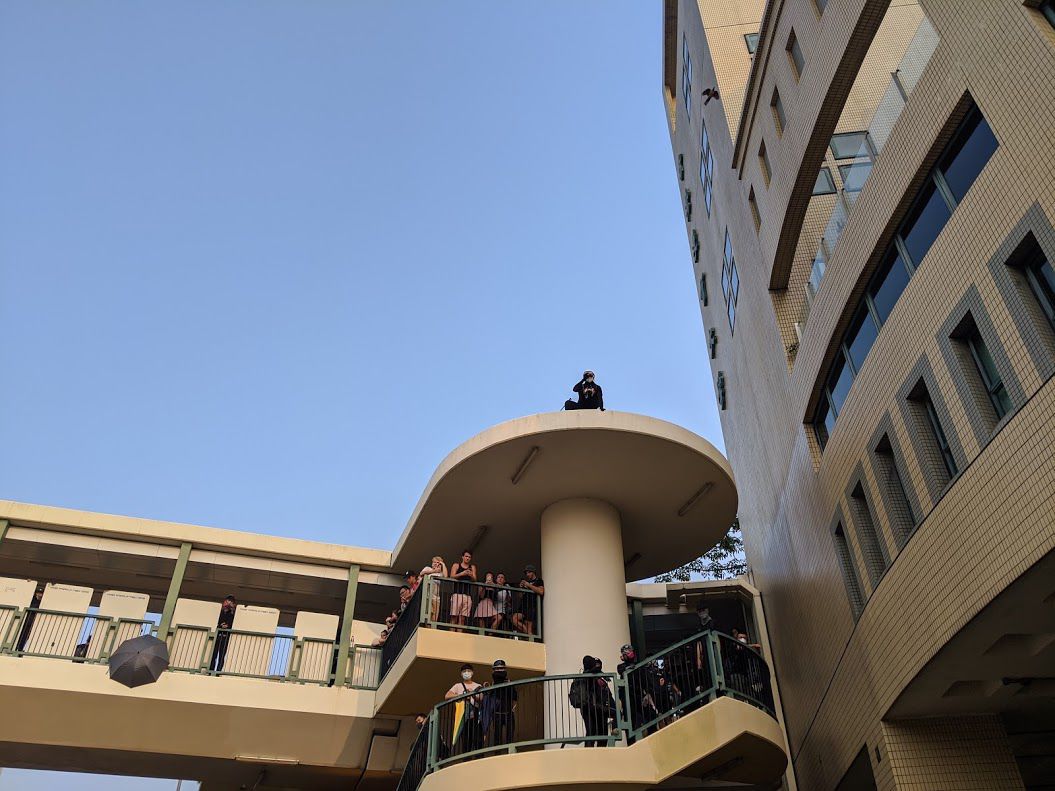 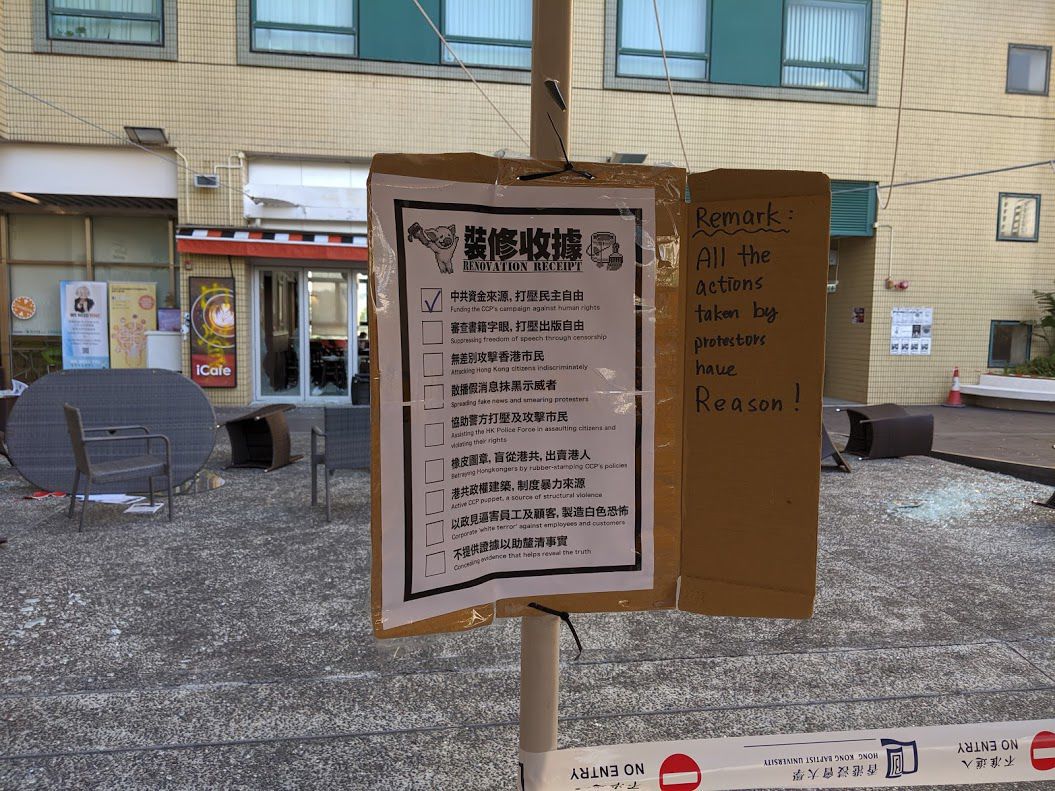 A flyer posted by protesters in Hong Kong on campus of Hong Kong Baptist University.

Kali Smith poses in front of Hong Kong Baptist University, where she is enrolled in a graduate program in applied economics.

A flyer posted by protesters in Hong Kong on campus of Hong Kong Baptist University.

The plan was for local student Kali Smith to remain in Hong Kong until July to complete a master’s degree in applied economics at Hong Kong Baptist University, but that didn’t happen.

That plan changed two weeks ago when Smith — who spent her first two years of high school at East Burke before graduating from North Carolina School of Science and Math’s Durham campus in 2015 — and the rest of the students at the university were asked to leave campus and finish the semester online amid the campus protests throughout the region.

“It was really interesting because for a long time, I was telling my parents ‘Everything’s fine, it’s calm,’ because my university was a little further away from the city,” Smith, 22, said. “There had been protests for several months at this point, but it finally escalated because a university student died in one of the protests. In most of the public universities in Hong Kong, the local students kind of took over the schools.”

Hong Kong University of Science and Technology computer science student Chow Tsz-lok died on Nov. 8 after suffering brain damage from a fall from a parking deck. Tsz-lok sustained the injuries during an anti-government demonstration in which police had fired multiple rounds of teargas, according an article from The Guardian.

“I think (HKBU faculty) knew that on Monday (following Tsz-lok’s death,) the local students would be very upset,” Smith said. “They had canceled classes that day, so it was kind of easy for the students to take control of the situation. (Protesting) students blockaded the roads surrounding the university, and they pulled up all of the brick sidewalks and put bricks throughout the roads. They were mostly peaceful protests for a long time”

Hong Kong’s protests started in June in response to a bill which would have allowed residents accused of certain crimes to be extradited to mainland China, which would have effectively stripped Hong Kong residents of many of the freedoms afforded to them. Opponents of the bill argued it would give China greater influence over Hong Kong and could be used to target activists and journalists, according to the BBC. In September, Chief Executive of Hong Kong Carrie Lam pulled the bill but the protests have raged on.

In 1997, China regained control of Hong Kong under the “one country, two systems” arrangement, in which Hong Kong functions as a special administrative region (SAR) that exists under the People’s Republic of China.

In July 1997, the Basic Law of Hong Kong, a constitution of sorts, finalized the transfer of Hong Kong’s sovereignty from the United Kingdom to China. The Basic Law ensures that Hong Kong would retain its economic system, legal system, legislative system and people’s rights and freedom of speech for 50 years — or until 2047 — as an SAR of China. Those freedoms expire in 2047 however, leaving the long-term status of Hong Kong in question.

“The thing is, for young people of Hong Kong, before they die, Hong Kong will be fully handed back over to China,” Smith said. “That’s scary for a lot of people. A lot of people in Hong Kong, I don’t think they want the full handover to happen. In (those people’s views,) I think it’s kind of like China has been trying to grab power from Hong Kong. There were student protests in 2014. Hong Kong (residents are) trying to speak up, especially the younger people, and trying to find a different future for themselves. Hong Kong (residents don’t) even have their own military. They don’t even have full democracy within themselves — their leader is elected by China.”

Smith said there was a conflict of opinions surrounding the protests at HBKU as some of her classmates were from China, while many faculty members were local to Hong Kong.

“The thing I think a lot of people who work for the schools are conflicted on is the relationship between Hong Kong and China because that’s what the protests are about — the future of the students,” Smith said. “Not many staff members would stand up to the students because, I think to some extent, many people agree with the protesters.”

The scrapping of the extradition bill was but one of five demands for which protesters are vying. The other four are: for the protests to not be characterized as a “riot,” an inquiry into police brutality against protesters, amnesty for arrested protesters (which could be more than 5,000 total, according to the New York Times) and complete universal suffrage.

On Nov. 23, the district councils provided voters an opportunity to signal to Beijing that Hong Kongers value their freedoms. The elections saw a record voter turnout in which pro-democracy candidates took control of 17 out of 18 district councils, according to the New York Times.

The issue has seen the United States dragged squarely into the discussion throughout the past two months. On Oct. 4, Houston Rockets General Manager Daryl Morey tweeted support for Hong Kong protesters: “fight for freedom, stand with Hong Kong.” In response, the Chinese consulate denounced Morey and the Chinese Basketball Association announced it was cutting ties with the Rockets franchise. Superstar LeBron James — whose Los Angeles Lakers were in China for an exhibition game at the time of Morey’s tweet — tweeted a response criticizing Morey that read: “So many people could have been harmed, not only financially but physically, emotionally, spiritually. Just be careful what we tweet, what we say and what we do. Yes, we have freedom of speech, but there can be a lot of negatives that come with that as well,” according to The Washington Post.

Both Congress and the House recently passed the Hong Kong Humans Rights and Democracy Act. The bill, H.R. 3289 “addresses Hong Kong’s status under U.S. law and imposes sanctions on those responsible for human rights violations in Hong Kong,” Congress’ website said. On Nov. 24, President Trump was unclear whether he would sign or veto the bill, telling reporters, “Look, we have to stand with Hong Kong, but I’m also standing with President Xi (Jinping of China,)”Trump said. “He’s a friend of mine. He’s an incredible guy. We have to stand (with Hong Kong.) But we also are in the process of making the largest trade deal in history and if we could do that that would be great,” according to a New York Times article.

Still, Smith is encouraged by the results of the elections and simply wants to get back to Hong Kong.

“I mean, I’m happy to be back and see my friends and family,” she said. “But I also can’t wait to go back to Hong Kong. It’s a beautiful city and it’s just so interesting. The people are really nice and it’s very much an international city — there are people from all around the world there.

“I think a big part of (the university’s decision to send students home) was hoping that everyone would kind of go home and the situation would de-escalate. I think the university just wanted everyone to calm down, have some nice home time and then come back ready to try again next semester.”