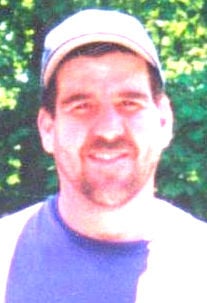 December 12, 1969 - March 24, 2020 Mr. Michael Steven "Steve" Christenbury, 50, of Valdese, passed away Tuesday, March 24, 2020, at Grace Hospital in Morganton, after a period of declining health. Michael was born Dec. 12, 1969, in Mecklenburg County, a son of the late Steven Howard Christenbury and Linda Sue Hoyle Christenbury Braswell. He was self-employed most of his life, working in maintenance and mobile home installation. In addition to his parents, he was preceded in death by a brother, Claude Kevin Christenbury; grandparents, Myrtle and Claude Hoyle, Vivien Jacumin Erwin and Howard Richard Christenbury. Surviving are his daughter, Courtney Christenbury of Morganton; a granddaughter, Molly Morrison; and siblings, Casey Braswell and his son, Sawyer Braswell, of Rutherford College, Scott Christenbury and Josh Silvers of Morganton, Bryan "Buddy" Burton, Jeremy Thewlis and Mike Neat of Kentucky. Also surviving are his longtime companion, Tonya McGalliard; aunts, Libby Braswell and Brenda Wellborn; a number of uncles and cousins; and a host of friends. A celebration of life will be planned at a later date with all friends and family in attendance. Memorials may be made to Heritage Funeral Service to help with expenses. www.heritagefuneralservices.com

To plant a tree in memory of Michael Christenbury as a living tribute, please visit Tribute Store.
+1
Plant a tree
+1

Stevie was one of the sweetest, kindest, person, I’ve ever had the pleasure of knowing. His heart was big and his willingness to help those in need was great. I’m so glad that I got to know him. Being a part of his family was an honor. My thoughts and prayers are with his family (also Tonya) and friends in their time of need. May You find peace and comfort in our God.