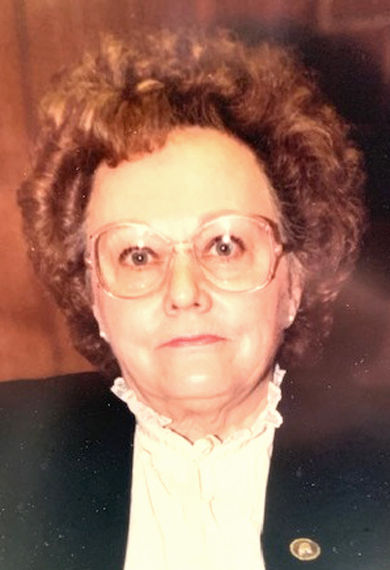 October 29, 1933 - February 13, 2020 Mrs. Mary Lou Buff Huffman, 86, of Hickory, passed away Thursday, Feb. 13, 2020, at CHS-BR Morganton, following a period of declining health. Mary was born Oct. 29, 1933, in Burke County to the late William Arthur Buff and Etter Haney Buff. She was formerly employed as a winding foreperson and floor person for Burke Mills, from which she retired after more than 35 years of service. In addition to her parents, she was preceded in death by her husband, Henry Calvin Huffman; one brother, William Paul Buff; and two grandsons, William Reynolds and Stevie Huffman. Survivors include her two daughters, Lucy Reynolds and Lesa Gaither and husband, Kenneth "Dilly," all of Hickory. Also surviving are four grandchildren, Kenneth Gaither Jr., Marvin Gaither, Brianna Gaither, Dillyan Gaither; and six great-grandchildren. The family will have a receiving of friends Monday, Feb. 17, from 2 to 4 p.m., at Heritage Funeral Service in Valdese. www.heritagefuneralservices.com

To plant a tree in memory of Mary Huffman as a living tribute, please visit Tribute Store.
+1
+1