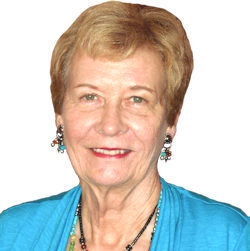 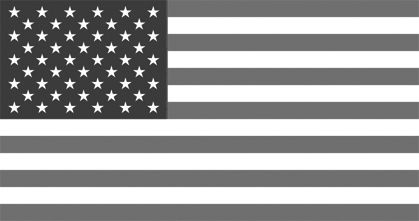 MORGANTON Alice Zerlet Kopacki, 75, of Morganton, went to rest in God's hands Thursday, Dec. 12, 2019. Born Feb. 18, 1944, in Atlanta, Ga., she was the daughter of the late Virgil Zerlet and Mary Nell Zerlet Carlson. Alice was a graduate of Emory University and taught high school English prior to joining the U.S. Army. She served for 26 years in the Army and retired in 1999, attaining the rank of Lieutenant Colonel. Throughout her career she earned numerous military honors, including the Legion of Merit, two awards of the Defense Meritorious Service Medal, and four awards of the Army's Meritorious Service Medal. Alice had worldwide Army assignments that included the Republic of Korea, Germany, Belgium, and many United States locations. She taught English at the West Point Preparatory School, preparing active duty soldiers for the academic challenges of the U.S. Military Academy. Near the end of her active duty career and for six additional years after retirement, she taught leadership and management to mid-level civilian employees of the Army who were seeking career advancement. Alice is survived by her loving husband of 21 years, George Kopacki. She said that the best thing she ever did in her life was marrying George; her years with him were her happiest. She is also survived by her cousin, Bill Grist Sr. of Fayetteville, Ga., and his wife, Catherine, who has been Alice's best friend since the 2nd grade, and their two children, Bill Grist Jr. and Dr. Cathy Grist; another cousin, Sheila Kay Elingburg of Haralson, Ga.; a sister-in-law, Karen Wolz of Sewickley, Pa., and her husband, Dr. Dean Wolz, and their four children, Kaitlin Wolz, Dr. Melissa Winkie, Lindsay Wesolowski, and Hunter Wolz. She is also survived by three adopted cat kids, Mollysocks, Abigail, and Earl Grey. Alice had an abiding love of animals, particularly cats, and she focused her recent efforts on improving their treatment in Burke County. Her most recent project involved promoting the development and implementation of a trap/neuter/return program for community cats throughout the county. She understood that trap/neuter/return is the only effective way to manage community cat populations in our communities. In lieu of flowers, memorial contributions may be made to The Cats' Cradle, P.O. Box 1915, Morganton, NC 28680; or Partners for Cats, P.O. Box 1061, Morganton, NC 28680. Friends and family are invited to attend a memorial service held for Alice at Sossoman Funeral Home Saturday, Jan. 18, 2020, at 2 p.m. Sossoman Funeral Home and Crematory Center is assisting the family with arrangements. Condolences may be sent to the family by visiting www.sossomanfh.com.

Alice was a unique individual whose likeness will not pass this way again during our lifetime. The animal welfare community will miss her strong voice for the animals, especially her advocacy for cats. May we all honor her by following the example of her courage and compassion.

I would love to thank Alice Kopacki one more time for her generous donations to the Burke County Veterans Killed In Action Memorial, with her help it will become a reality. Dave Tubergen, Commander Chapter #43 of the Disabled American Veterans.