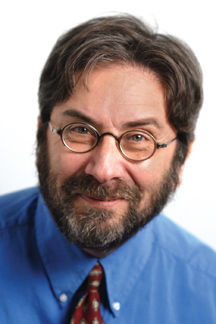 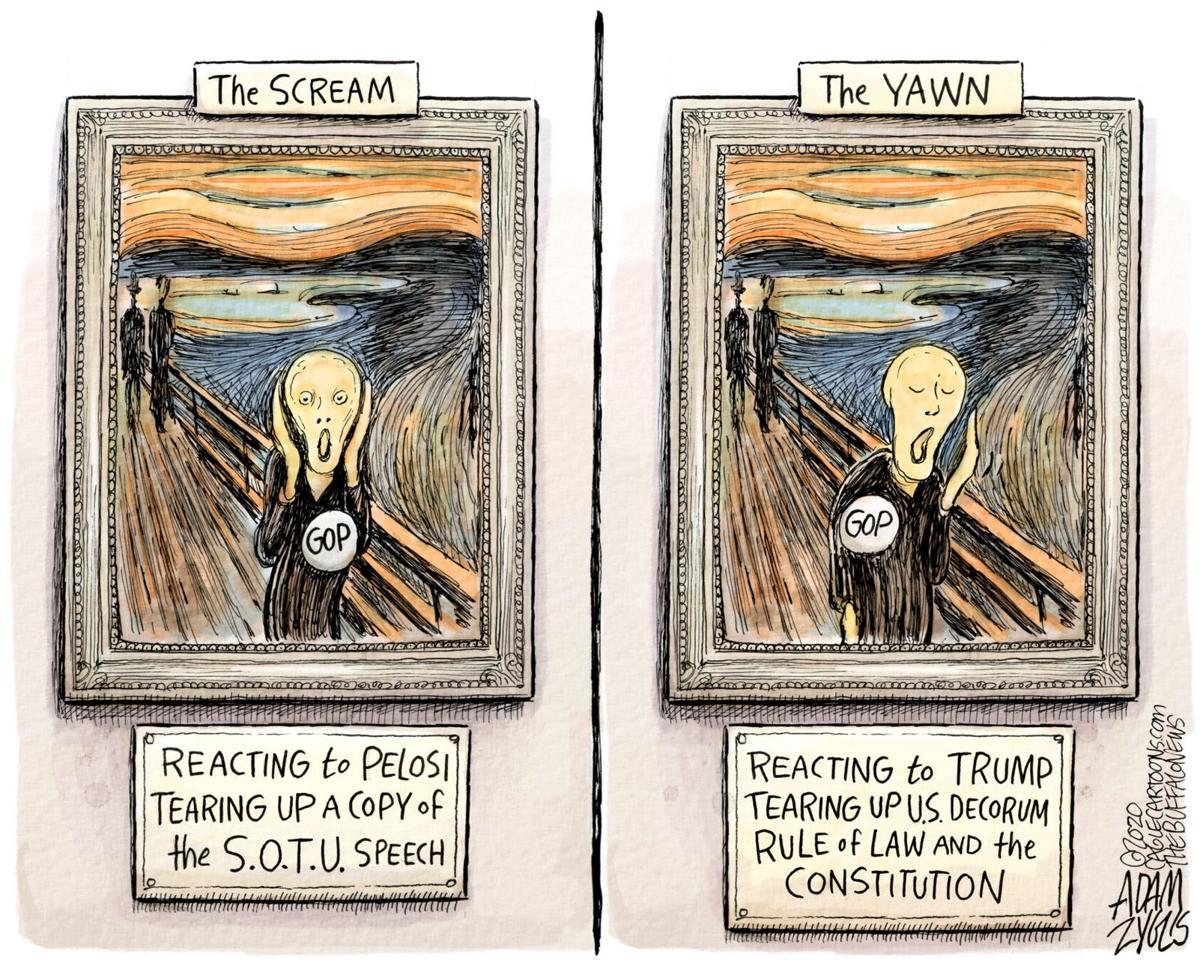 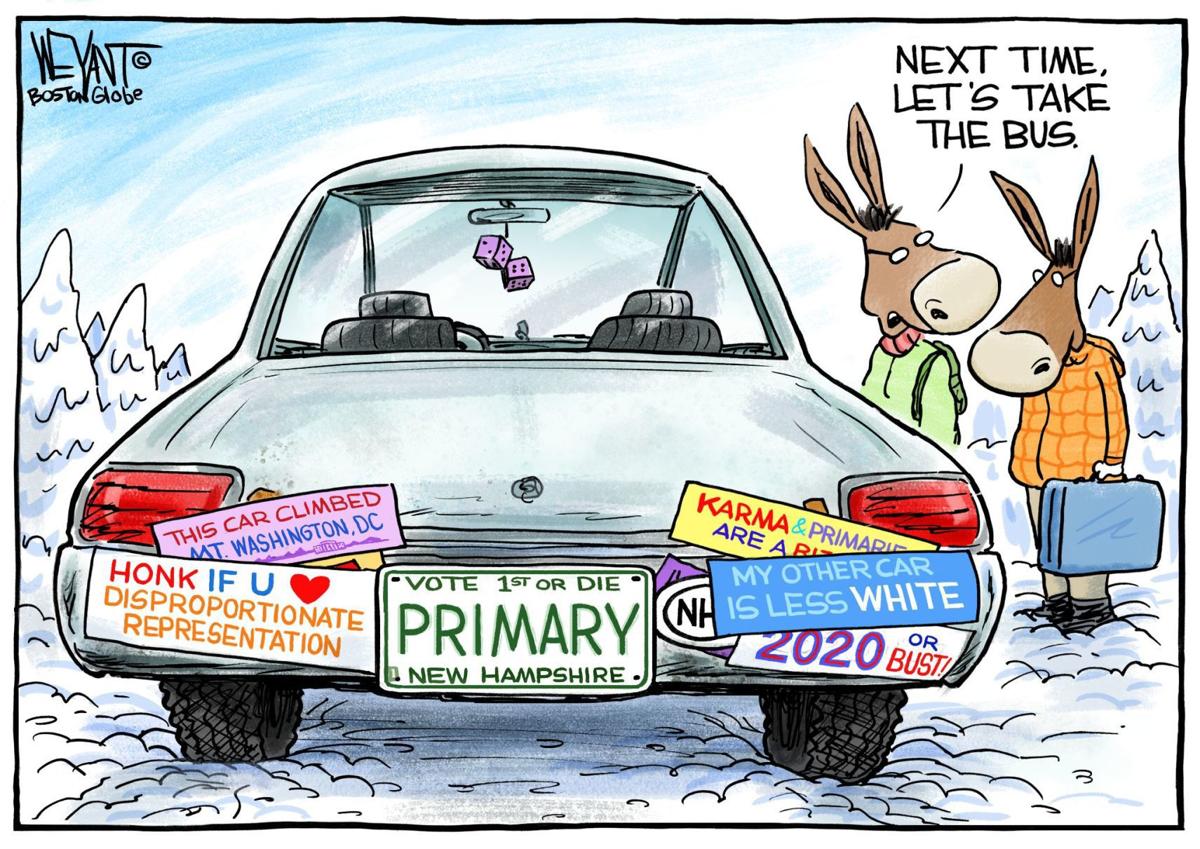 What a dire scenario: A corrupt Republican president soaked in scandal wins reelection in part because dimwitted Democrats decide to nominate a small-state senator who’s way too left-wing for the American mainstream.

But enough about how Richard Nixon thrashed George McGovern in 1972.

If Democrats want to reprise the past, they need only nominate Bernie Sanders in 2020. Donald Trump would eat him as an appetizer.

Beside the fact that Bernie’s grassroots army is overloaded with abusive and sexist acolytes who terrorize his Democratic critics (some critics have felt compelled to hire private security), and beside the fact that only 53 percent of Bernie fans say they’ll support a different Democratic nominee (according to a recent Emerson College poll), the core problem is most swing-voting Americans won’t buy Bernie’s deluded dream of a big-government, high-tax America that mimics Scandinavian democratic socialism.

Young progressives are fine with the word “socialism,” but most people abhor it. And on Bernie’s signature socialist issue -taking away everyone’s private health insurance and forcing everyone to join government health care — public opposition is just as fierce. If Bernie were to win the nomination and crusade on that issue in the fall campaign, it would be electoral malpractice.

Health care should be an easy layup for the Democrats. Trump is trying to kill “Obamacare” in federal court, which means the 2020 presidential nominee need only follow the playbook that turned the House blue in the 2018 midterms: Highlight the Trump threat, and campaign on a pledge to improve Obamacare (much the way that Social Security, enacted under FDR, required a number of legislative tweaks over a period of years). But Bernie is determined to botch a winning issue and shoot for the moon.

Trump is already caricaturing “socialism” as a clear and present danger to the American way of life. Bernie would make the job even easier — and, for once, Trump wouldn’t even have to lie. He could simply quote from Bernie’s “Medicare for All” bill the Senate provision which decrees that it would be “unlawful for a private health insurer to sell health insurance coverage,” or for “an employer to provide benefits” that duplicate what the government offers.

I’m sympathetic to the concept of Medicare for All. But politically speaking, it’s suicide. Democrats need to attract independents and moderate Republicans who will feel comfortable with a Democratic candidate. But, fairly or not, many of these potentially persuadable voters are reflexively opposed to bigger government and higher taxes. Bernie would exacerbate their wariness because he refuses to specify the price tag of his pipe dreams.

When asked recently about the cost of Medicare for All, he replied, “I don’t give a number and I’ll tell you why: It’s such a large number and so complicated.” And when a CBS News host sought his reaction to the economists who have concluded that his democratic-socialist “revolution” could double the federal budget by roughly $60 trillion over 10 years, he got huffy: “You don’t know. Nobody knows. This is impossible to predict.”

That’s fine with the “Bernie Bros” — Bernie, like Trump, has stoked his own cult of personality — but there’s a reason why Trump’s advisers reportedly view him “as their ideal Democratic opponent” and why they’re “doing what they can to elevate his profile.” They know Trump is widely detested, but they also know that Medicare for All, as a socialist concept with a mystery price tag, is widely detested. The observable reality, in this country, is that voters outside Bernie’s bubble don’t want to pay sharply higher taxes (which Bernie would have to levy, but won’t admit) for a massive new federal incursion into the private sector.

And if Bernie were to win the party nod, Trump’s opposition researchers would go to town. They had a book on Bernie in 2016, but never had to use it. This time around, imagine the possibilities: Trump would go viral with Bernie’s 1976 newspaper column, which declared that the “U.S. Congress must institute public ownership, with worker control, of the major means of production.” Trump would talk about how Bernie and wife Jan honeymooned in the Soviet Union. (It was part of a sister cities program, but Trump would omit that nuance.) He’d talk about how Bernie once co-sponsored a Senate bill to cart Vermont’s nuclear waste to a poor Texas Latino community (true, though the shipment never happened). He’d talk about Bernie’s past support for the communist Socialist Workers Party (true).

If you don’t think Trump can successfully stoke that kind of info to demagogic proportions, I have one question for you: Were you alive during the Trump-Hillary contest?

What Democrats need to do is park all talk of a democratic socialist “revolution.” As bestselling novelist Richard North Patterson smartly says, right now “the task of winning is revolution enough.”

Dick Polman, a veteran national political columnist based in Philadelphia and a Writer in Residence at the University of Pennsylvania, writes at DickPolman.net. Email him at dickpolman7@gmail.com