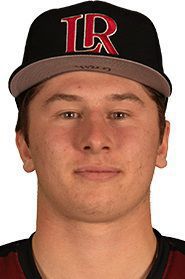 ROCK HILL, S.C. — Earlier this week, the South Atlantic Conference announced its final AstroTurf baseball and softball players of the week for the 2020 season after spring sports were canceled for the rest of the year. Lenoir-Rhyne’s Hayden Gresham collected the SAC’s Baseball Pitcher of the Week honors, while the Bears’ Morgan Beeler shared the conference’s Softball Pitcher of the Week award with Wingate’s Aubrey Reep.

Gresham, a sophomore right-handed pitcher from Charlotte, picked up a nonconference win over Lake Erie last week after throwing four innings of scoreless, four-hit ball with three strikeouts. He made eight appearances (one start) this spring, compiling a 1-0 record with a 2.25 ERA, nine strikeouts and two earned runs allowed in eight innings.

Beeler, a freshman right-handed hurler from Ocean Isle Beach, helped the Bears to a conference victory over Queens by pitching a five-inning no-hitter with eight strikeouts in a 9-0 L-R triumph. She completed the spring with a 9-1 record in 16 appearances (11 starts), posting a 2.69 ERA, 57 strikeouts and five complete games in 57 1/3 innings.

The L-R baseball team finished 15-11 overall and 4-5 in SAC play. The Bears had won three games in a row when play was suspended and were 9-3 at home.

The L-R softball team went 20-4 overall and 2-0 in SAC play. The Bears had collected back-to-back victories when play was halted and were 10-2 at home.