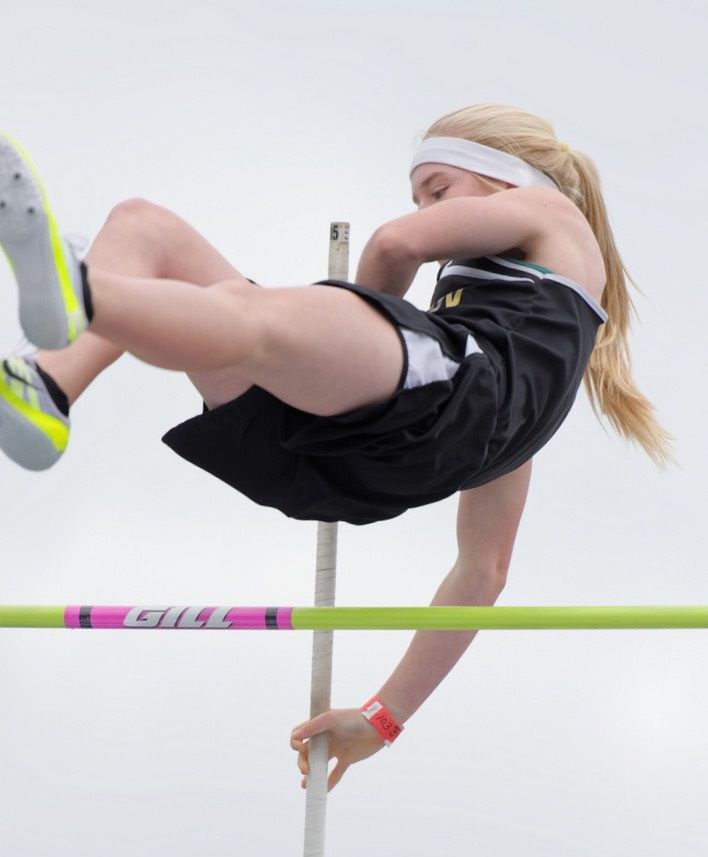 Draughn's Leanna Seagraves clears 9 feet to win the 2A state outdoor title in the girls pole vault as a freshman in May 2016 in Greensboro. Seagraves, who is also a past indoor state champion, set a school record on Monday when she cleared 11 feet, 3 inches at a Bunker Hill Polar Bear meet. 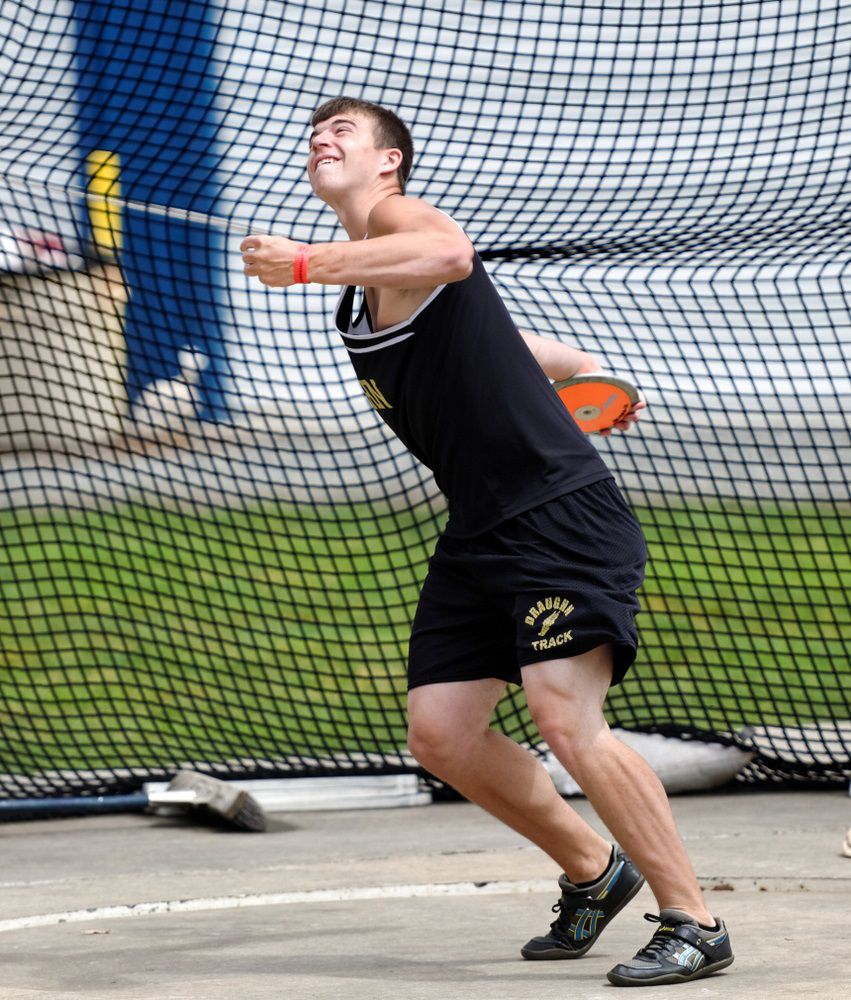 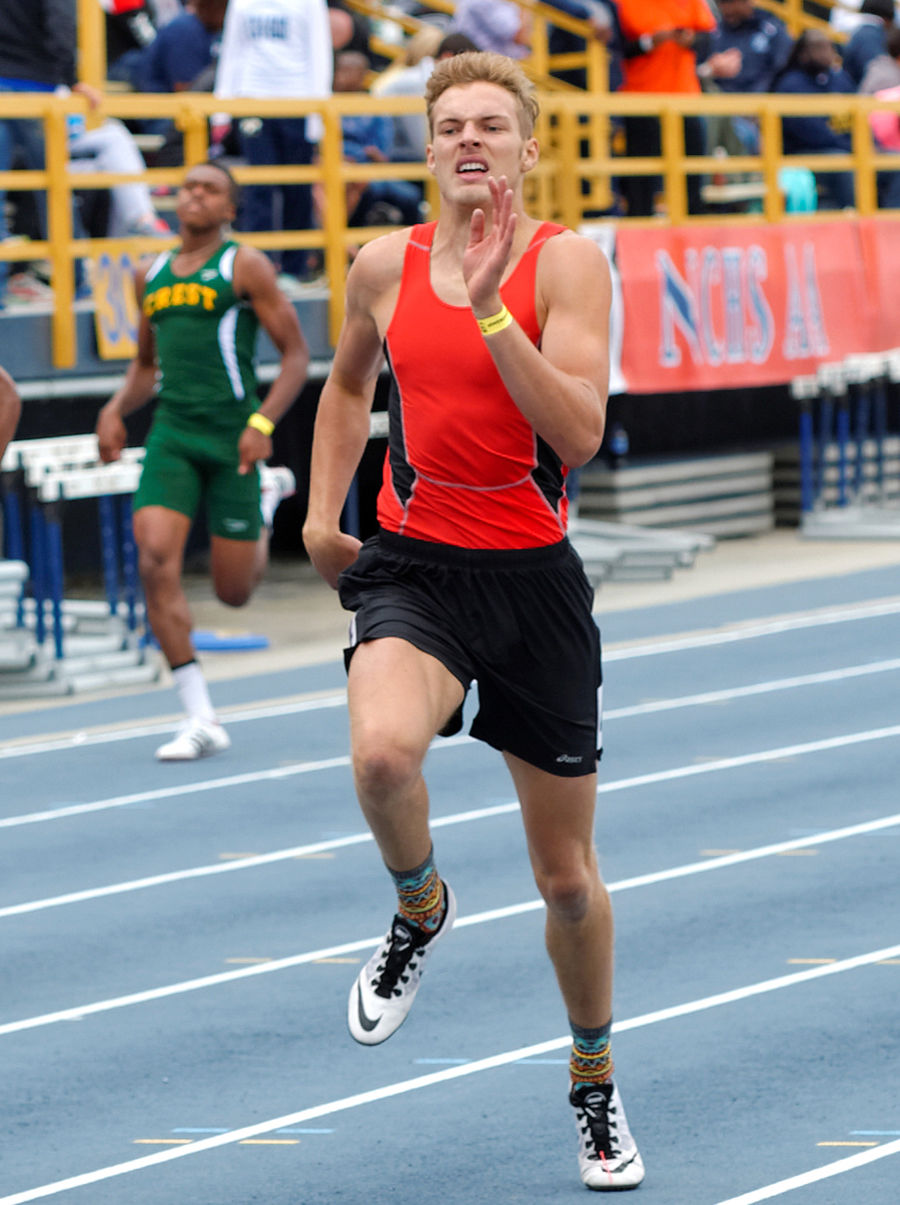 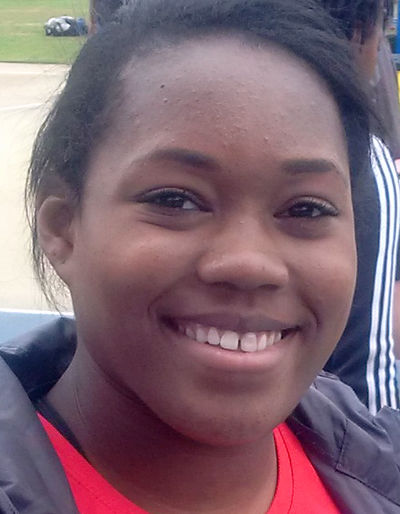 Draughn's Leanna Seagraves clears 9 feet to win the 2A state outdoor title in the girls pole vault as a freshman in May 2016 in Greensboro. Seagraves, who is also a past indoor state champion, set a school record on Monday when she cleared 11 feet, 3 inches at a Bunker Hill Polar Bear meet.

GREENSBORO — In her first try at the NCHSAA 2A state track and field championship meet, Draughn freshman Leanna Seagraves got the ending every athlete dreams of: a gold medal.

On Saturday at North Carolina A&T’s Irwin Belk Track, Seagraves matched her West Regional-winning height of 9 feet even, then won a jumpoff with Lacey Triplett of Wilkes Central, who had matched her mark, to claim victory.

It was the second straight season the Lady Wildcats have claimed gold in the event after 2015 graduate Jo Johnson accomplished the feat a season ago at 9 feet, 6 inches.

Draughn coach Darren Benfield said Seagraves did not participate in track at the middle school level and has only participated in pole vault for three months. He credited Phillip Harkey for his work with the pole vaulters this spring.

“We’re glad to be able to raise a banner in the gym for Leanna,” Benfield said. “She exceeded expectations, and we’re certainly proud of her. To go 9 feet as a freshman is impressive, and I hope she stays with the event. She has a lot of talent. She’s very competitive and practices hard. It was a great accomplishment.

“I gave her a big old hug and told her she’s got three years left and I want to see her break the school record now. I know she can do it.”

Also Saturday in the 2A meet, Draughn senior Mason Poteat earned silver in the boys discus for a second straight spring after he was third as a sophomore. The East Carolina recruit and two-time regional champion handed the Wildcats a podium finish in discus for the seventh consecutive year.

Poteat’s sixth and final throw in the event sailed more than 160 feet and would have secured first place, but he stepped out of the throwing area. His final mark of 155’3” was five inches from gold.

“I think he got caught watching and just barely stepped out,” Benfield added. “Mason had gotten sick recently and on his way back, pulled a groin muscle. It was heartbreaking because he had been consistently in the 170s and he wasn’t able to get into throws like normal. His timing was just a little off.

“But over the last four years, he’s kept progressing and was like a coach on the field for us, working with our other throwers. He’s s great kid and has been like a son. It’s been an honor coaching Mason, and as a program, we’ve been very fortunate throughout the school’s existence with some of the throwers we’ve had.”

Senior Alex Rhoney of Draughn also competed in the boys shot put. Fresh off his third-place regional mark (44’) last weekend, Rhoney finished just outside the top 10 after surpassing 41 feet. He also scratched on more than one throw of 44-plus feet, Benfield said.

On Friday at the 3A meet, Freedom senior Taylor Gardin capped a superlative year with a bronze medal. Gardin led her flight after the first three preliminary throws with a 37-feet, 11-inches toss. Gardin was in second in the finals until Eastern Guilford's Tiana Taylor popped a bomb (39’7¾”) in the fifth round.

Gardin's 38-feet, 10¼-inch blast closed the gap, but, no one could improve in the sixth round to give Taylor the win with Weddington's Katelyn Prakash in second after edging Gardin’s best throw by less than in inch in prelims.

The distance was still Gardin’s second-best ever and marked the three-time conference and regional champion’s second medal at state after also earning bronze as a sophomore.

“Taylor did a good job of staying focused and doing the things we had worked on in practice,” said Lady Patriot coach Laura McGlamery.

Patton’s senior duo of Dalton Tallent and Hunter Reid also competed well Friday in the boys 400-meter dash. Reid was barely edged out in his heat and turned in a 50.29-second clocking to capture seventh place. In the next heat, Burke County event record holder Dalton Tallent fell victim to one of the 400 meter pitfalls.

Reid and Tallent then teamed up with teammates Hunter Butler and Noah Sheets to run a good 3:31.40 time in the 4x400 meter relay.

“They have left the program in the right place by setting a great example,” Panthers coach Chip Lewis said of Reid, who is headed for the Air Force Academy and Tallent, who will be going to Lees-McRae in the fall.

“To have two kids that work that hard is a credit to their parents, and I'm proud to have been along with them.”

HANDYMAN SERVICES WE DO IT ALL!

Stumps, Trees and Forestry by DAN