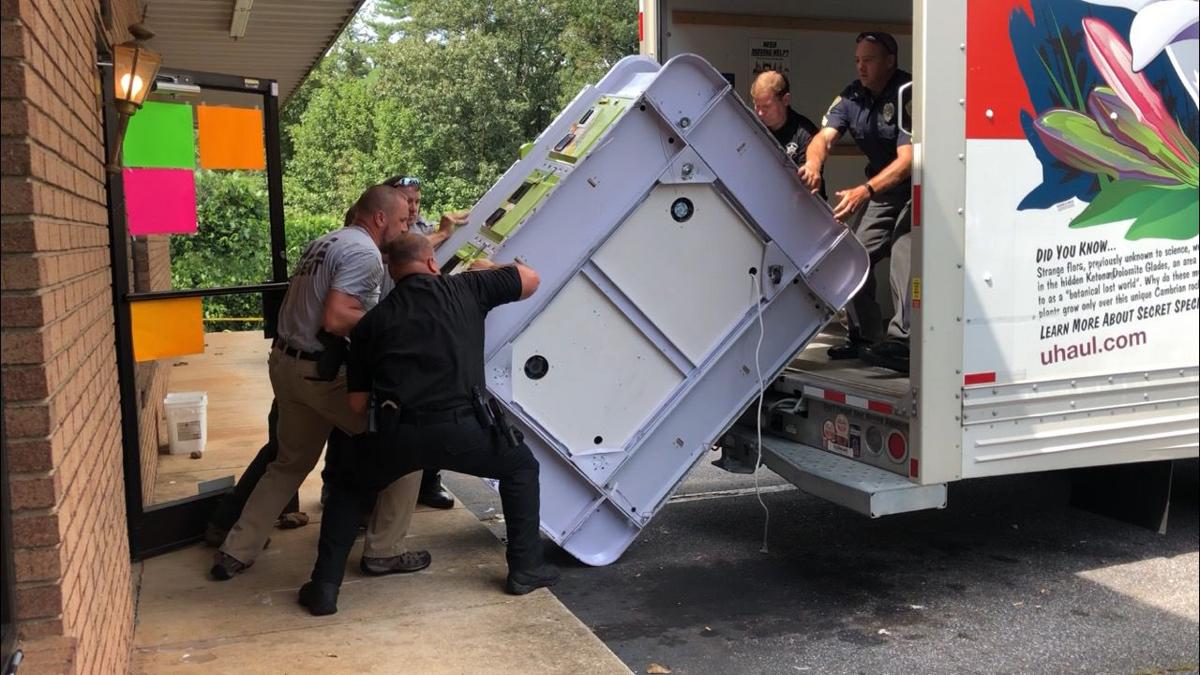 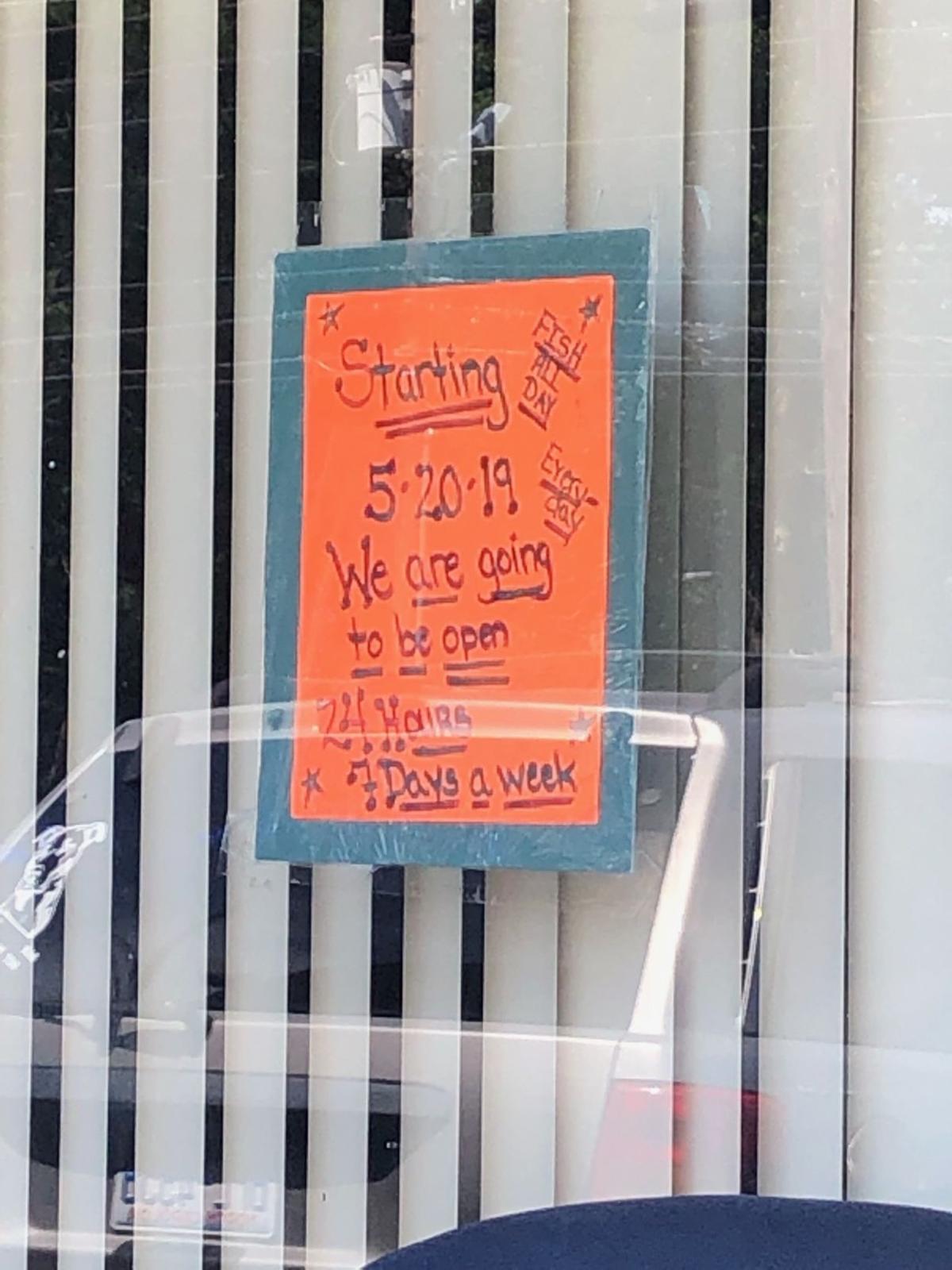 A sign on one of the businesses said they would be open 24 hours a day, seven days a week. 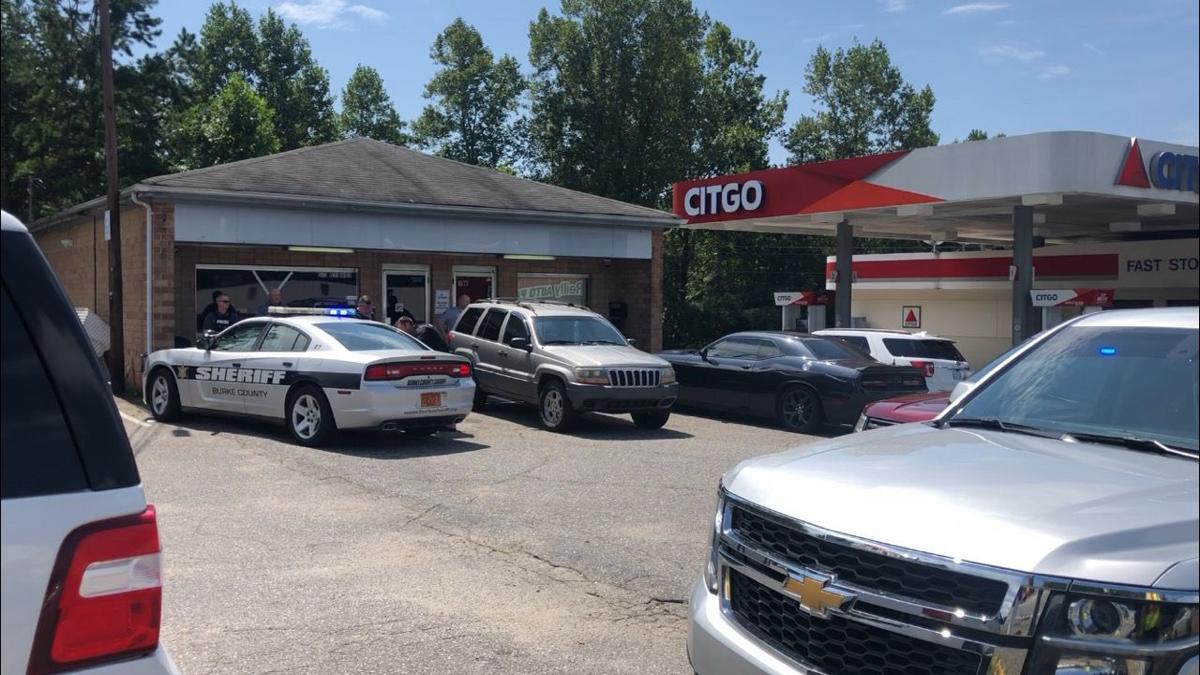 Police cars line the parking lot of one of the gaming businesses on U.S. 70 on Friday afternoon.

A sign on one of the businesses said they would be open 24 hours a day, seven days a week.

Police cars line the parking lot of one of the gaming businesses on U.S. 70 on Friday afternoon.

The Burke County Sheriff’s Office worked with the district attorney’s office and the North Carolina Department of Public Safety to get search warrants for the businesses at 1460 U.S. 70 W, Valdese; 1575 U.S. 70 W, Valdese; 2210 U.S. 70 E, Morganton; and 2000 Johns River Loop, Morganton, according to a BCSO release.

“We have been receiving complaints such as soliciting prostitution, drug deals occurring in the parking lot, drug use, people leaving the gambling sites and walking onto people’s property, breaking into buildings, breaking into cars,” Whisenant said. “This is the first time we’ve actually had to make arrests and seize items.”

In the past, police have sent letters asking people to close down their illegal gambling businesses, Whisenant said.

That wasn’t the case this time around. BCSO worked alongside ALE officers in an undercover operation for two months making undercover buys where officers were paid cash prizes, Whisenant said.

“We’re hopeful that the rest of the locations in Burke County will close down,” Whisenant said. “We’re working in conjunction with all the police departments in Burke County, all of them are on board.”

Whisenant said he is considering this phase one of getting rid of illegal gaming businesses in Burke County, and that charges will be filed.

“We will consider this phase one of multiple phases that we may have to do to make sure that all illegal gaming is out of Burke County,” Whisenant said.

Sandra Brown, who works at Sunset Tanning on U.S. 70 across from one of the businesses shut tered Friday, said she was glad the businesses were being shut down.

“I don’t have a problem with the gambling … but there’s so much riff-raff,” Brown said. “You watch them gather in the parking lot, going in behind the buildings, and then they’re over here. Looking in cars, checking out tags, asking for money, asking for food, asking for cigarettes.”

She said that makes customers at the tanning salon and the adjoining convenient store nervous.

“Absolutely it affects the business,” Brown said. “From the customers who have been tanning here for years to the new customers … they’re nervous about pulling up, getting out of their car, people standing, people sitting. We have to ask them to leave.

“I really don’t have a problem with them going in and playing and leaving, but you know, keep the rif-raff out of the parking lot . That’s the problem. It’s not the people who are playing games, because I think most of the trouble is not even playing games, they’re hanging out in the parking lots, in and out, behind the building.”

Regina Wyatt said she lives near a similar business on U.S. 70. She said her neighborhood has had cars broken into and packages stolen.

“It was horrible,” Wyatt said. “People would walk through our neighborhood all through the night, packages got stolen off of doors, and they would knock on the elderly people’s doors late at night.”

She said remnants from the stolen packages would be found behind the a church in her neighborhood.

“You just feel violated,” Wyatt said. “It wasn’t any of my packages, but if it happens to your friends you still get upset about it.”

Wyatt said she thinks all of the gaming locations should be shut down.

“Overall, [the businesses] brings out people that are addicted to gambling and they lose all their money there, and then they go trying to steal or beg or bum from another people to get more money to go gambling,” Wyatt said.