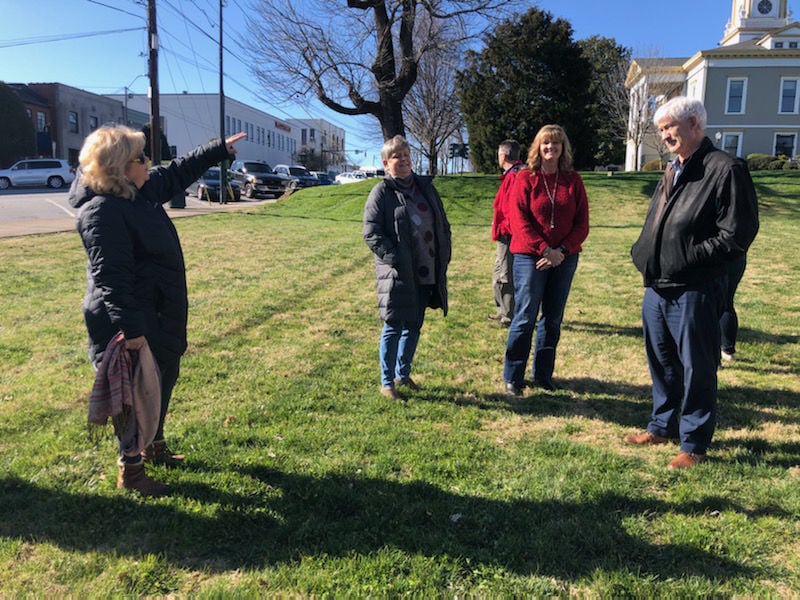 Main Street Director Sharon Jablonski (left) shows council members and city officials what she expects the layout of the renovated Courthouse Square to look like. 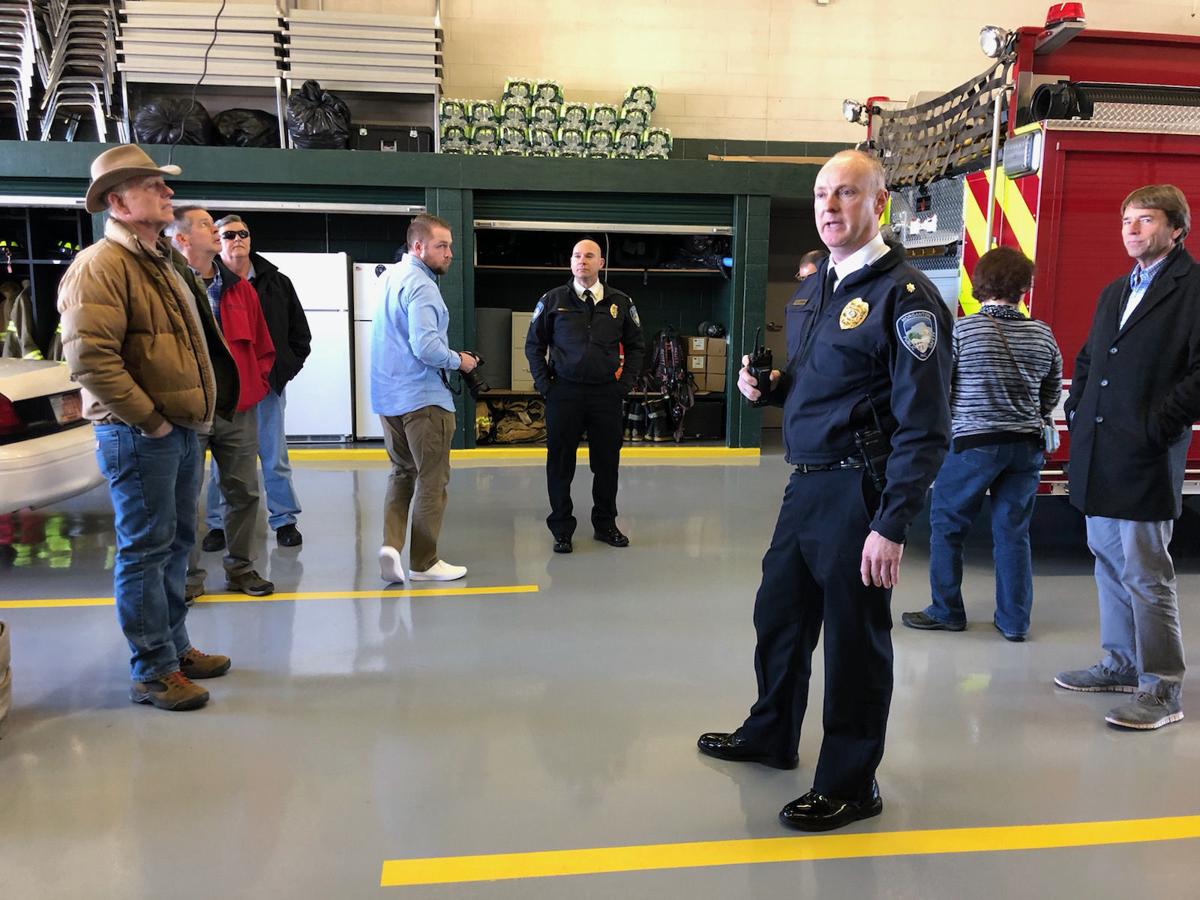 Main Street Director Sharon Jablonski (left) shows council members and city officials what she expects the layout of the renovated Courthouse Square to look like.

Editor’s note: This story is the first in a series covering the Morganton City Council’s workshop Friday.

City Council members had a chance to hear directly from department heads Friday on what their budget requests are for the upcoming fiscal year.

City Manager Sally Sandy said this year’s requests were more than double what is typically presented to the council at this point in the year, with requests for the Capital Improvement Program totaling $21,901,285 for the 2020-21 fiscal year.

That doesn’t mean the city will be spending that much in the upcoming fiscal year, Sandy said.

Instead, city staff will re-evaluate requests, make adjustments and prioritize them with matching resources later in the budget process.

Still, it gave council members a chance to see the city’s needs, especially when council members concluded the workshop with a field trip to different spots around the city where CIP projects are ongoing or needed.

Sandy said she thinks the city is at a pivotal point in looking to the future.

“If we had a magic wand, or a money tree, which I’m still investigating, I would say that the next three years need to be pretty intensive years,” Sandy said. “The challenge with that becomes that we do have savings, we do have fund balance, we do have opportunities, but obviously, we’re way too conservative for us to recommend that we would ever use so much of that that we would put ourselves in financial jeopardy, that we wouldn’t have enough cushion to do things that come up, emergencies, you never know.”

She told council members not to panic about the $21 million price tag on the budget requests but instead to think about how the projects will fit into the bigger picture of the city.

About $8.6 million is in general fund requests, while the remaining $13.2 million makes up utilities requests.

Here’s a break down of the requests made by CoMMA, Morganton Department of Public Safety, Main Street and Public Works:

CoMMA Director Mike Musick described all of his budget requests as improvements to the theater.

Among them was a request for $20,000 to install a distribution electrical box that will protect electric connections when they are not in use in the theater.

Another $14,000 was requested to redo the balcony aisle lights so they would match the lights in the main auditorium.

Chief Tony Lowdermilk of Morganton Department of Public Safety presented his budget requests, including $32,500 to purchase an evidence incinerator.

Lowdermilk said the department currently takes evidence, like drugs and paraphernalia, to the Henderson County Sheriff’s Office to be destroyed. He said the department could save the money it costs to travel there and use that incinerator by buying one of its own, plus MDPS could allow other agencies to use the incinerator for a fee and generate some revenue.

He also is asking for $125,000 to remodel the locker rooms at MDPS headquarters. Lowdermilk said some of the floor tiles are cracking and lockers are rusting.

Lowdermilk is wanting to put in a firetruck exhaust system at Station 3 to pull out diesel fumes and exhaust to prevent firefighter exposure.

During a field trip with council members, Lowdermilk showed how close sleeping quarters for firefighters are to the garage bays.

Other budget requests from MDPS include:

» $5,000 to purchase a HEPA system to purify the air in the evidence room

» $6,500 to replace the copier at MDPS headquarters

Abby Nelson, community events coordinator for the department, said that the department is hoping to continue recruiting restaurants with the remaining funds left in the program for the 2019-20 fiscal year budget.

Uptown Ramen, a southeast Asian eatery that will be coming to downtown Morganton soon, received a $10,000 loan to help the restaurant get up and running after the City Council’s Dec. 2 meeting.

As part of the downtown masterplan, Jablonski is asking for $25,000 to purchase murals and/or art for the city.

The largest chunk of the total requested for the department comes from a request for $1,920,027 for the Courthouse Square renovation. That total excludes costs for making changes to electric and water services on the square, which are accounted for in those department’s budgets.

Going along with that project, Jablonski has asked that $45,000 be held over from the 2019-20 fiscal year budget to cover removal of the old jail house from the square.

Jablonski also wants to see a dog park come to downtown, and is requesting $30,000 to make it possible. During the workshop, she spoke to the growing trend of dog owners bringing their K-9 companions with them wherever they go, and how having a dog park might encourage travelers to stop by the city to stretch their legs and visit local businesses.

To make downtown more accessible for visitors, Jablonski is requesting $60,000 to purchase an electronic outdoor kiosk to help them find where they want to go in town. She said it would be similar to the kind of kiosk one might find in a mall.

As electric vehicles grow in popularity, Jablonski wants to give drivers access to charging stations while they’re hanging out downtown. She has asked the city for $16,000 for a downtown charging station.

Other requests include $10,000 for trash and recycling receptacles and $15,000 to replace holiday decorations.

Public works’ is looking to set aside $30,000 for unexpected structural and/or building equipment purchases for municipal buildings, and another $30,000 to replace a 2009 Toyota Prius with another administrative van.

The entire request for the sanitation department with public works amounts to $315,000 for a 2011 Front Loader.