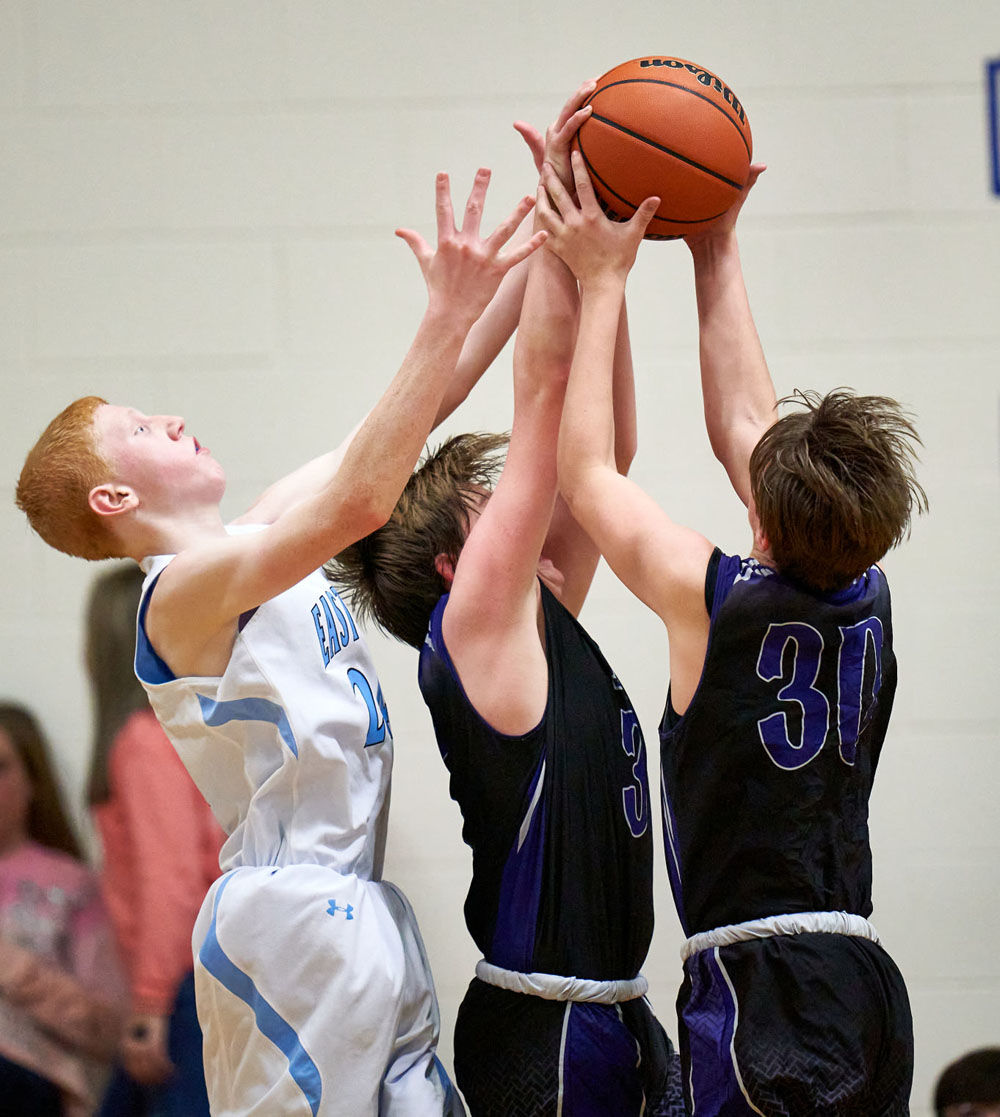 Liberty's Jake Perry (center) and Noah Goodman (right) battle on the boards with East Burke's Barger Shook on Thursday. The Knights won on the road, 41-33. 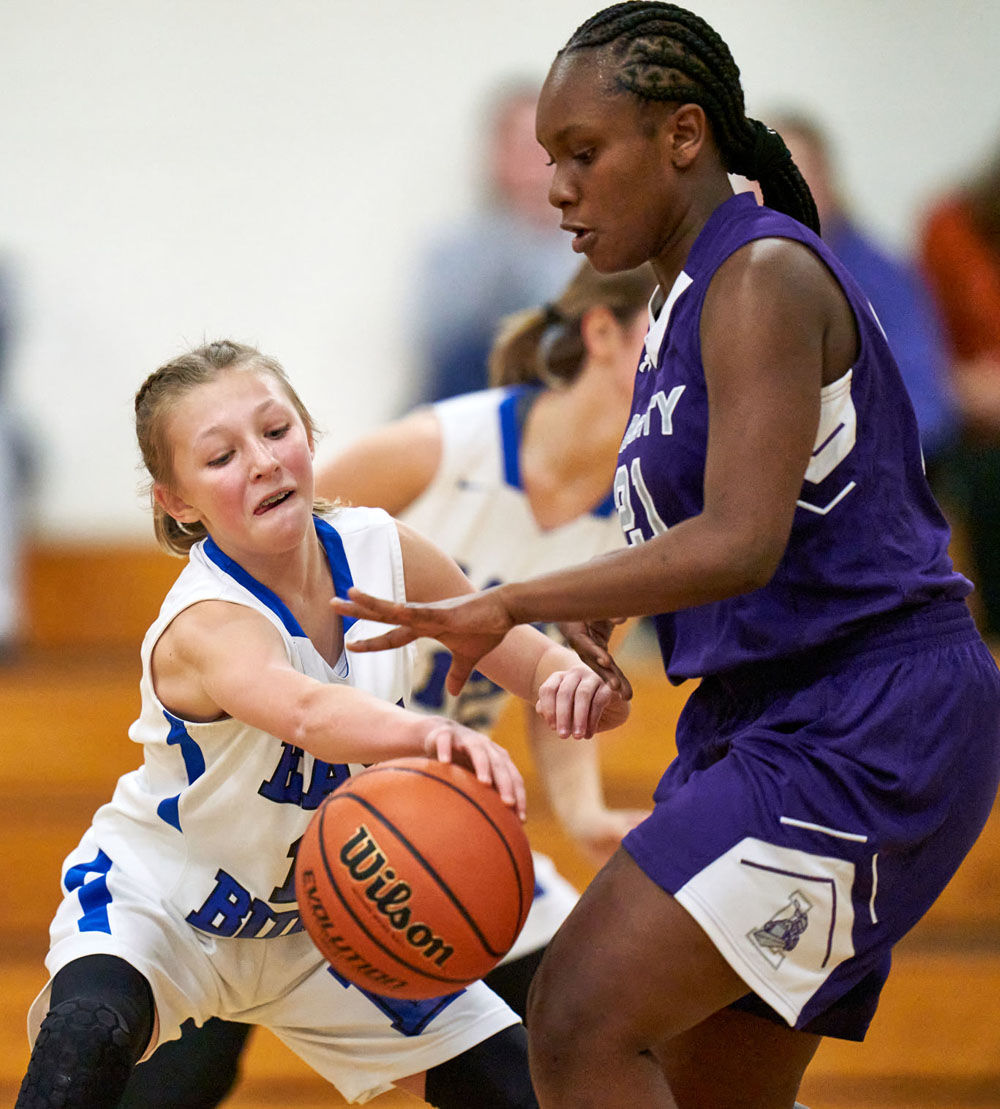 The Knights (7-2 FAC) are a half-game behind Table Rock and one game behind Walter Johnson with all three of those Morganton-area schools set to square off once more down the stretch to determine the title.

Liberty was led by Braxton Reinhardt’s 19 points and five steals in the win, while Jake Perry added 12 points and matched his teammate with five steals while dishing out three assists.

The Yellow Jackets (8-1 FAC) got a monster offensive effort from Zion Thomas on Thursday in Marion as he scored a game-high and season-high 31 points to go with four steals for the league leaders, who won their eighth straight since the season opener.

Amore Connelly chipped in for WJ with 11 points and 14 rebounds in a double-double, and Kris Creekmore supplied six points, four rebounds and four steals.

“We got off to a fast start, and that was the key to our success,” Falcons coach Chip Lewis said. “We have been working hard in practice fine-tuning the things we do, and it is showing in games.”

The Lady Falcons (6-2 FAC) lost Thursday in Marion. No more details were available.

The Jackets (2-7 FAC) fell at home Thursday. Individual match winners were not available.

VALDESE — The Table Rock wrestling team defeated host Heritage 69-33 to start the second half of the Foothills Athletic Conference season on Monday.